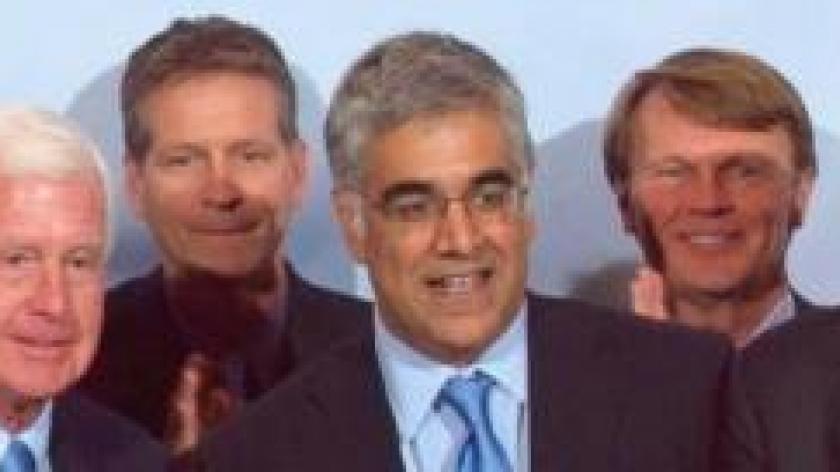 Analysis: "We don't plan on screwing up", says Workday CEO

With Workday’s long-awaited stock market floatation behind it, the Software-as-a-Service provider is now looking to the next 12 months and beyond.

Plans for growth include the introduction of a recruiting module and a push into the world of so-called ‘big data’ (the ability to analyse lots of complex data quickly). The firm unveiled its recruitment functionality at its recent Workday Rising user conference in Las Vegas because, according to Aneel Bhusri, co-founder and joint chief executive, it had been the most frequently requested new application of its HCM Customer Advisory Council over the last three years. “Some of the key elements include a core design around hiring teams using a mobile first approach, built-in pipeline and sourcing analytics, and the ability to evaluate internal and external candidates for job openings,” he says. At the same event in Vegas, the company also announced its big data plans in the shape of its ‘Big Data Analytics’ tool, which is based on the Hadoop framework. The technology enables customers to store third party data in their Workday system’s database in order to report on and analyse it. And the move into data management and analytics is a logical one, Bhusri insists. “The demand that we're hitting with the Big Data application [is] customers [who] want to bring in third-party data and do the heavy-duty reporting that they're used to with traditional warehouses,” he says. It is certainly clear that the technology is to be a major element of the company’s proposition going forward anyway. Its aim is to provide customers with an analytics platform “at a fraction of the cost of proprietary hardware-oriented data warehouse offerings,” according to Bhusri. The HCM space However, it is for human capital management applications that Workday is still best known and, even though the market is dominated by Oracle and SAP, the vendor has still managed to have a disruptive impact. Its founders have attempted to build on this situation in order to pitch a credible ‘next generation app’ message designed to appeal to customers who are using what are now ageing systems - often ones sold to them by Bhusri and Workday co-founder, Dave Duffield, in the first place. “I'd say the number one trigger is that customers are facing an upgrade of a legacy system,” Bhusri explains. “At that point, they'll get a proposal from an SI [systems integrator] or they'll look to do it themselves, and it'll be in the 10s of millions of dollars. They'll have heard about the cloud, they'll have hopefully heard about Workday, and they'll explore alternatives.” In future, however, Bhusri believes that customers won’t just rely on vendors, but will instead come up with their own custom applications that are very specific to their own industries. He cites the example of one, AIG, which created a system in a bid to understand employee performance in relation to the sale of claims and policies. “We wouldn't have imagined that kind of example - we’re not close enough to the insurance business to do that,” Bhusiri points out. “But it was a natural opportunity for AIG to say, ‘Hey, this is how we would this kind of big data platform’. I suspect we’ll see a lot of that. People will solve problems that are very unique to their businesses with this platform.” But there is still a long way to go. For now, Workday is the tail wagging the HCM market’s dog, putting both Oracle and SAP onto an unaccustomed back foot. Both are fighting back by increasing their marketing activity and buying SaaS suppliers of their own in the shape of Taleo and SuccessFactors respectively, however. All to play for So there’s still a lot to play for. “We're still in the very early innings,” Bhusri admits. “We take the point of view that this is a platform shift much like we saw from mainframe to client/server, and that, over the next 10 to 15 years, everybody is going to go into the cloud, at least for industry applications like CRM, HR and finance.” In fact, over the next decade, he expects up to 90% of the market to switch to cloud computing for their HR and finance applications in a similar way that CRM customers have already. The other string to Workday’s bow, meanwhile, is its financial offerings. “The financial products are at a stage where HR products were about two years ago,” Bhusri reckons, and include perhaps 80% of the functionality of similar on premise offerings. But he believes that “we'll close most of that gap in the next 12 months”. A critical part of doing this will to be to make them suitable for large corporates. “Today we're comfortable selling to medium enterprises. In a year, we'll be able to sell to large enterprises,” Bhusri explains. “It's just the natural evolution of the technology platform, much like we experienced in HR.” The aim is to “be a fit for a typical Fortune 1000, Fortune 500 kind of company” within that timescale, although the products will “continue to scale and grow [in] functionality, much like we have on the HR side” over time, he says. So again Workday is attempting to play the long game rather than sprint to the finish. But the situation is worth taking time over, Bhusri believes, because customers choose long-term providers in this market and so need to know they’ve made the right choice. He sees the scenario as being similar in many ways to when customers initially chose their ERP systems, in that they stuck with their choice for years. “I would expect the same trend with the cloud. Once a company picks a system of record for HR, for finance, they'll likely stick with it through this lifecycle of technology, unless frankly the vendor screws up,” Bhusri says. “And we don’t plan on [***] up.”