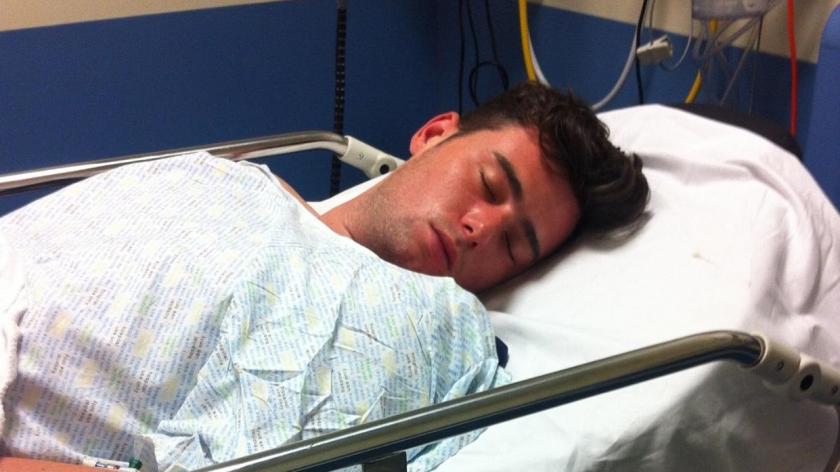 Josh Quigley survived a suicide attempt. Now he spends his life trying to save millions of others around the globe. He's known as The Tartan Explorer, a global ambassador for mental health awareness, and he is trying to wipe out the mental health stigma one step at a time.

Jamie Lawrence, Editor, HRZone: There's thinking about suicide and actually going ahead with an attempt. How does the first spill into the second? How did the decision get made for you?

Josh Quigley, Tartan Explorer: Like many people throughout the world, suicidal thoughts and feelings are something I’ve battled with for many years now.

Whenever something goes wrong, I suffer a big disappointment or I’m generally feeling low suicide is always one of the first things I think of and it’s always a go to reaction when life gets me down. I’m a lot better at dealing with it now and have got many coping techniques and strategies that help me.

But back in 2015 I didn’t know how to cope with these feelings and one night let them get so strong that I attempted to take my own life by intentionally crashing my car at 80mph on the motorway.

I had a feeling of hopelessness and despondency and couldn’t ever imagine things getting better. Which was so wrong. Because things will always get better with time if you take the action to make things better.

I attempted to take my own life by intentionally crashing my car at 80mph on the motorway.

The best way to describe it is by talking about the Thoughts, Feelings and Behaviours model. Thoughts become feelings and then feelings become behaviours.

For myself, one night in May 2015 I was thinking about suicide because I was feeling incredibly low and battling depression. I never dealt with this thought and it turned into me feeling like I wanted to attempt suicide. This feeling of wanting to attempt suicide then turned into a behaviour and I actually attempted to take my own life.

When you have a suicidal thought you need to address it straight away and not let it become a feeling or you risk it turning into a behaviour. 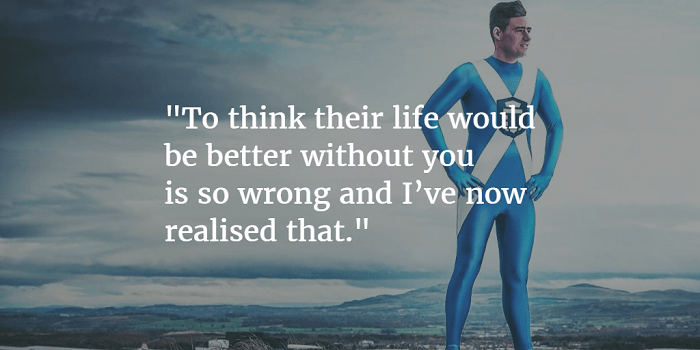 If you let the thought grow in your head you will soon start to feel suicidal. As soon as the suicidal thought comes into your head you need to understand it is just a thought and that you can dismiss it.

Now as soon as I have a thought like that I’m self aware and know it’s only a thought and I can then choose how I process it. Now at that point I realise it’s a thought and then try and do something positive or uplifting to get rid of the thought.

Doing an enjoyable activity, listening to an favourite song or watching an inspirational video are the techniques that help me most if I ever get a suicidal thought.

Jamie Lawrence, Editor, HRZone: How did you feel towards others in your suicidal period and just before your attempt. Did you desire help but feel it wasn't forthcoming or did you just not want people to intervene?

I’ve now realised that this isn’t true and you can battle through the times of darkness to see the light and find joy and happiness again.

I only spoke with a handful of people about my problems because I didn’t want many people knowing at the time.

These people were incredibly supportive and done so much to help me. At the time of my suicide attempt I remember thinking that these people’s lives would be better without me as I was a burden on their life as they constantly had to deal with and listen to my problems.

People are desperate to help you.

I have now realised that I was so wrong.

They would much rather have helped me than had to deal with the pain of losing me to suicide. People who care for you have such a desire to help you, but they can only help you if they know what’s going on with you.

To think their life would be better without you is so wrong and I’ve now realised that.

Since telling the world about my mental health problems and suicide attempt I’ve had an incredible amount of support. People are desperate to help you. So you need to open up and tell those closest to you about your feelings because unless you do that they are powerless to help you.

Jamie Lawrence, Editor, HRZone: We are trying to get workplace suicide to be talked about more as it's a silent killer - the debate has moved on to mental health but not on suicide. What do you think employers need to understand so that people feel more open to talking about feeling suicidal in the workplace?

Josh Quigley, Tartan Explorer: Suicide is still something that people don’t like talking about. Even mentioning the word makes people awkward and uncomfortable. I think employers need to understand that suicidal feelings affect so many people.

A lot of suicidal thoughts and feelings can be related to stress and problems at work. So I think it’s important for organisation to have sound HR policies and practices that focus on the wellbeing of their staff.

You need to look at the overall welfare and care of employees to ensure that employees don’t get to a position where they feel that burned out or stressed that they have another problem in their life on top of the issues or problems they have in their personal life.

I believe that all organisations should have a dedicated mental health councillor that employees can speak to at anytime.

There are great examples of organisations who provide free CBT and mindfulness training to their employees and it’s initiatives like this that improve the overall wellbeing and health of their staff.

Josh Quigley, Tartan Explorer: I think there are many signs to look out for.

But I think the most important is changes in an employee’s mood or attitude towards work and life. Someone who stops enjoying the things they usually would or who is struggling to get motivated or excited by anything.

Sometimes you can just look in someone’s eyes and just get a feel that the person has lost all hope or wants to give up.

I don’t think suicide is something that manifests just in depression or with people affected by mental health issues.

A lot of the time people can just feel despondent and think they aren’t going anywhere or achieving anything in life and they don’t know what the point is. 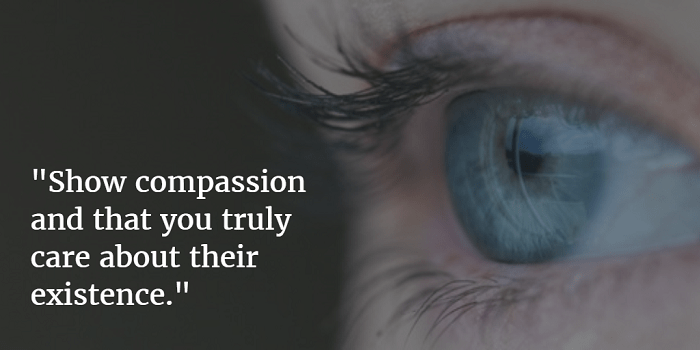 The most important thing you can do to help someone who is feeling suicidal is to just show compassion and show you truly care about their existence. You never know how much impact a nice message or simple hello can make to someone’s life.

A big part of feeling suicidal is feeling like you’re alone or isolated and that you don’t have any impact or effect on anyone else so what is the point. Being appreciated or noticed can make such a difference to how someone feels so I would always encourage people to go go out of their way to make employees and co-workers feel valued and appreciated.

Sometimes you can just look in someone’s eyes and just get a feel that the person has lost all hope or wants to give up.

A simple hello or a well done can make such a massive impact.

Jamie Lawrence, Editor, HRZone: What advice would you give to someone feeling suicidal and thinking about making an attempt?

Josh Quigley, Tartan Explorer: Life can and always will get better. But you need to take 100% accountability for your life and make the change.

As bad or as depressing as your life may seem. You are the only one that can make the change and who can turn your life around.

Identify the things that are making you unhappy and low.

These are all things you can impact and change. You can choose a job or career that truly makes you happy. You can get help and support to improve your mood. You can learn about how your brain works and use techniques and strategies to deal with your mental health problems. You can meet new people who make you happy.

You can have anything you want in this world and there’s only one person who can make it possible. It’s you

Identify what you want in life and what your life would look like if you had a magic wand. Then believe in yourself that you can make it happen. Decide who you want to be and then make it happen.