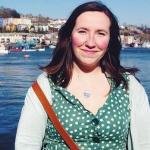 Speaking at the Involvement and Participation Association's annual conference in Grantham, Mr Callaghan said: "I am pleased to announce that the HSC is now committed to running a pilot scheme which will involve the training and deployment of workers' safety advisers.

"Worker participation is a key theme of the Revitalising Health and Safety initiative which we launched in June this year and is instrumental to achieving health and safety improvements in the workplace. The simple fact is that workplaces with safety reps have half the accident rates of those that don't.

"The involvement of employees through elected safety reps provides a day to day reality check on management behaviour. Take away or weaken the union role and our system begins to look unbalanced. Without strong safety reps on the ground, the arguments for a more prescriptive health and safety regime become stronger."

"The great challenge for health and safety in the modern world of work is the increasingly fragmented nature of the workforce. There are more and more small firms and self-employed people, which makes worker representation increasingly difficult. We need to be able to ensure safety in all kinds of workplaces, no matter how small. This is where the new safety advisers will play their part, by travelling to a number of sites and giving advice to workers who are not currently covered by permanent on-site safety reps."

The details of the initiative will be announced by the end of this year. The worker safety advisers will be selected and trained by the TUC. Access to premises will be voluntary and the advisers will liaise with the Health and Safety Executive regarding their experiences. The project will be underpinned by ongoing research to evaluate the benefits and fine-tune the approach as the pilot develops.

Mr Callaghan concluded that, "Health and safety improvements have always depended on partnerships between workers, unions and employers. This pilot scheme depends on the support of each. It needs to be acceptable to employers, while at the same time representing workers' interests effectively.

At the end of September, General Secretary of the TUC, John Monks called on the Health and Safety Commission and local authorities to give a higher involvement and importance to union safety reps in the management of work-based health and safety issues including prosecution decisions.