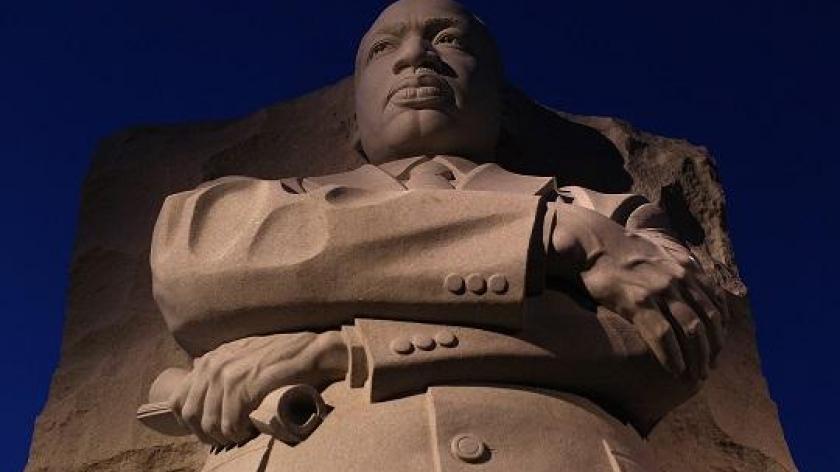 Bosses and managers come in all kinds of guises, which affects our experiences with them and the nature of our work life. Some are fair, some are tyrants and some are push-overs, so we learn to handle them in different ways. This has been the case throughout history, and you can guarantee that in every century, heading up armies, kingdoms and countries, there have been leaders who might demonstrate a very similar leadership style to your own boss, even if you take away the armour and the muddy battlefield, and replace them with computer screens and boardrooms.

So who are you really working for?

We all know the usual stuff about Napoleon – that he was short and his own flaws led to his defeats – because he’s always represented that way. What many overlook, however, is his quite astounding military knowledge and his charisma, meaning he’s “numbered among the great commanders of history”. He ran a European empire for a decade and was extremely practical in his approach, historians such as Graham Goodlad have even commented on his “excellent memory”, which allowed him to keep track of his troop’s movements and positions at all times.

If your boss is a Napoleon, she’s calculating, precise and extremely thorough, but her reputation often precedes her and it’s not overwhelmingly positive. Those working for her understand her intelligence, though they often find they don’t come up to scratch because her standards are just so high. Napoleons are difficult to work for, but motivating to those who keep striving and moving forward, just like she does. Napoleons need to be careful they don’t move too fast though, as it was Napoleon’s own self-interest and preoccupation with France’s priorities, which led to the rest of his empire collapsing.

Much like a Napoleon, a Margaret Thatcher-esque leader is almost eclipsed by their reputation. Thatcher had voracious supporters who constantly stood by her, and those who opposed her went to extreme lengths too, making her one of the most memorable and controversial Prime Ministers we’ve ever had. Her leadership style is infamous, and she was once memorably mocked on Spitting Image, her cabinet compared to ‘vegetables’ with no mind or will of their own.

Determined doesn’t even cover it for this boss, he will trample over people if necessary and his principles are unwavering. One thing that makes a Thatcher unique is their unwillingness to let negative opinions damage their spirit, which can be both commendable and very stupid. Thatchers need to be open to the people around them challenging them and not bowing to every whim, otherwise they run the risk of overestimating their own power, not listening to anyone else, and being forced to change or leave altogether.

We all know Martin Luther King’s speeches have inspired generations of people, in particular his ‘I have a dream’ speech, which paved the way for the 1963 Civil Rights Movement in America. King faced a lot of opposition though, partly from other Black Americans. King was non-violent, which was an “outlook not everyone shared”, and others felt that force was the only way to achieve civil rights. A great listener, King managed to unite those who usually wouldn’t even negotiate with each other, right up until his untimely and sudden death in 1968.

Kings command respect in the workplace simply by being themselves, which is a very rare skill. Some might think they’re introverted or a bit on the quiet side, but they just believe in speaking only when there is something important to say – the rest is filler and unnecessary. A leader who’s like King also understands when pressure and leverage is most effective, giving them a remarkable amount of persuasive power. In 1963, King allowed himself to be arrested specifically to “attract media attention”, and he also stepped back when he was concerned the civil rights movement would become a “race war”. If you work for a King, you can pretty much sit back and follow his lead, but be consistent in your principles and motivation, or you might find yourself on the other side of the table from him.

Famous left-wing revolutionary Che Guevara has become a cultural icon as well as a political icon for many. He began a guerrilla war that eventually brought down the dictator Fulgencio Batista, winning him a lot of support throughout Cuba. Unlike King, Guevara believed in militarised force and violence, training up his guerrilla soldiers to take down the government in any way they could.

Guevara resisted organised government processes, and “was not happy being a bureaucrat”, so if your boss is a Guevara, you’ll probably find that she’s not accustomed to following rules or sticking to protocol. In all likelihood, you work in a more creative environment, she wouldn’t be caught dead anywhere strict and corporate, because it’s too stifling for her to achieve what she wants. A true maverick, who can’t be held down, she’s extremely successful at what she does despite rubbing many up the wrong way. Disloyalty will push all of her buttons, so watch your step, or you’ll be an enemy of the revolution and that’s a dangerous position to be in.