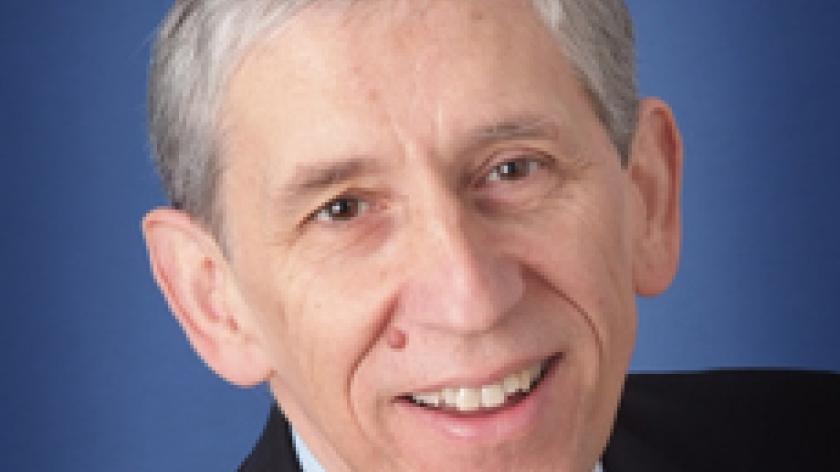 David MacLeod is co-chair of the employer-led Taskforce on Employee Engagement.

He, together with Nita Clarke, director of the Involvement and Participation Association, was responsible for compiling an influential report for the government on engagement in 2009, which was followed by the launch of the Taskforce to carry on promoting and developing some of the ideas outlined in it.

The next step took place on Monday 12 November this year, when the ‘Engage for Success’ campaign was unveiled. Its aim is to provide practical information and support for employers trying to put engagement initiatives into practice.   The campaign boasts 250 experts who are offering their insights and advice for free, workgroups looking at individual aspects of engagement and 700 practitioners. The focal point for all of this activity is a new campaign website.

Here Macleod explains to HRZone why he believes that engagement should become and remain a key focus for UK employers:

Q. The Engage for Success campaign was launched on Monday - what is it designed to achieve?
A. In 2009, Nita Clarke and I wrote a report for the government [on engagement]. The reaction to the report was all well and good, but people said they’d like a bit more help.   So we set up the Taskforce on Employee Engagement with two objectives: to raise the profile of the topic and to shine a light on good practice that others might benefit from. There is outstanding practice out there, just not enough.

Engagement is good for companies, it’s good for the country to have high-performing companies and it’s good for employee well-being. We felt that rather than try and raise lots of money, we’d try and set up a movement, ‘Engage for Success’, that could help everyone.   So we orchestrate the movement, but motivate other people to do it. Engage for Success has a website where people will offer good practice – it’s not offering a model or a definition of engagement.   If anything, there are too many definitions, but there’s something that runs through them all: if I manage one way, I get a small percentage of your capability and potential, and if I manage another way, you get all of my potential.

Q. Is engagement just another fad?
A. The background as to whether this is a fad or profound is the death of the deference associated with the old command-and-control structures in the workplace.   New generations have set the tone for the older generation: people have less deference, there are fewer levels of hierarchy. In command-and-control, it’s a case of ‘I know more than you’, but that’s not the case now.   The nature of work has gone from being all ‘legs and arms’ to ‘heads and hearts’. Instead of people moving widgets along a line, they are using a computer. Work is knowledge-based.

There are four ways to grow businesses: fabulous customer service; innovation; do it cheaper or new markets. Who’s going to do all of those things? The organisation with staff that are engaged, or the one with people who don’t care so much?

Q. How mature is the average organisation’s understanding and practice of engagement?
A. The topic is mature and we have 60% to 70% of big organisations doing measurement.   But if you look closer, there are two forms of engagement: the junior form is transactional, where an organisation does a survey and gets feedback - 90% of the effort is on the survey. I’ve absolutely nothing against that, but it’s not engagement.

The second form is transformational engagement - it’s how we do what we do based on deep-seated beliefs. People can be brilliant or the opposite of brilliant. Our job is to create an environment where we can get people to be brilliant.

Q. What’s the best way to start on an engagement programme?
A. A lot of organisations are using the Taskforce’s four lenses as a model to look at engagement: have you got a good narrative story; have you got managers who manage people well; do you respect people and give them a voice and do you live your company values or do you have a ‘do’ gap?

People should be encouraged to put in ideas. If you involve me in those plans, then you are going to get more commitment from me. It’s common sense - it’s just not that common.

Q. What are the barriers to engagement?
A. No one is against the idea of engagement so we’re talking about half-believers - perhaps they’ve never been convinced that it’s a bottom line issue and think of it as a soft and fluffy one about making people happy. But there’s enough evidence that this is not the case.

Leaders are sometimes insecure - they worry that, by engaging, they will have to listen more and staff will tell them things that they don’t want to know. People are recruited on IQ, but promoted on EQ [emotional intelligence].   Middle managers play a critical role and some companies put huge efforts into training time. You can be the best engineer and then promoted to manager, but it’s a different job. Or you could run an SME and, suddenly, you get to 50 employees and you have to manage those people.

Companies also get caught up in hierarchies and let complexity get in the way. We tend to think of an organisation as a network of transactions, but it is also a social network. Culture is also important. If it’s written on the wall and not lived, then the gap between the two is distrust. If there’s alignment with value, then it’s a positive culture.

Q. What is the role of HR in encouraging engagement?
A. HR needs to be knowledgeable, but it is not per se an HR topic. It’s about how and what to do, and HR professionals have a fantastic opportunity to transform their position from being ‘uniform branch’ to helping their bosses and ensuring that strategy is implemented.

The Engaging For Success report in 2009 received some very unfavourable reviews for failing to understand what engagement was, mine was one of them.

The Report  quoted the words of people who did understand engagement but it failed to recognise the import of what they said.

Having failed to understand what engagement was it would then have been astonishing if the report had been able to go on to provide any clues about how to make it happen, which is presumably why people said they would like a bit more help.

Three years on and the best advice we get is “if I manage one way, I get a small percentage of your capability and potential, and if I manage another way, you get all of my potential.”

Perhaps the help that is still required is, “What is the difference between these two ways of managing?" Is it such a secret?  or, Do you still not know what it is?

There are little glimmers of hope here that tell us “Our job is to create an environment where we can get people to be brilliant.”

And “If you involve me in those plans, then you are going to get more commitment from me”

Then we are brought back to earth with a bump by the statement “An engagement survey is a good start.” Why?

Engagement is not about surveys and tick boxes. Engagement is about the way that we feel about what we do and filling in a survey has never changed the way we feel or even come close to measuring it.

When we are courting, we have met someone and decide to develop the relationship. We change the way that we behave towards them, this changes the way they feel about us until they care so much about us that they commit to spending the rest of their life with us.

We have changed the way that they feel, but at no point was there any survey that asked us to benchmark the way we felt before we started the courting procedure, or a process of measurement to discover whether our partner scored enough on the love index to warrant a proposal of marriage.

Yes we need to create the environment to allow people to be brilliant.

Is it a secret, or do they really still not know?

How can we create the environment that will allow our workforces to become brilliant?

You either know, or you don’t.