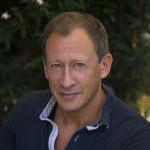 Can the Power of Emotional Intelligence be used to deal with a ‘classic’ type of boss? Philip Gimmack, Director Certified EQ & NLP Coach at eqworks says yes.

What is Emotional Intelligence and EQ?

Someone’s Emotional Intelligence is the balance of their personal, social and coping skills. These are based around their awareness and management of their emotions which allows them to deal with life and work more effectively.

The Emotional Quotient is the measure of someone’s or a group’s Emotional Intelligence and is a number averaged around 100 similar to how IQ is measured.

The key difference here is that someone’s EQ can be significantly developed whereas whatever IQ you’re born with, that’s pretty much it.

Andrew: a case in point

Andrew is a manager of a fund-raising organisation. People comment: “He gives wonderful engaging presentations to potential/ clients. He is passionate, driven and committed to the cause. He is a strong and self-assured character and seems to care about his organisation.

Taking and Reading an EQ Profile Taking the Emotional Quotient Inventory (EQ-i 2.0) assessment is very simple. It’s an on-line questionnaire that takes around 15 minutes. Andrew’s emotional intelligence is scored and separated out into 15 components. The information below was based on an analysis of his EQ-i Report ( shown below) and subsequent coaching conversations. [[{"fid":"8812","view_mode":"content_full_width","fields":{"format":"content_full_width","field_image_accreditation[und][0][value]":"","field_file_image_alt_text[und][0][value]":"Diagram","field_file_image_title_text[und][0][value]":"","field_folder[und]":"1"},"type":"media","attributes":{"alt":"Diagram","height":"559","width":"602","class":"media-element file-content-full-width"}}]]

Andrew’s is a classic case we all come across time and again in organisations. Andrew has reasonably strong Intrapersonal skills. These skills no doubt contributed to him becoming a senior manager. However now in that position it’s evident that other skills become more important in his day to day work.  There are 5 main areas or composites to the EQ-i 2.0 model and 15 sub-composites within them. Together they define someone’s overall EQ score. A composite is simply a summary of several more detailed EQ components. Let’s focus in initially on the first two EQ summary composites, which indicate someone’s Intrapersonal skills. These are the first few headings on the report marked Self-Perception and Self-Expression.

Balancing Intrapersonal and Interpersonal creates effective communication He has a strong forceful character, is confident and strong willed.  This is shown by his high Self-Regard, Self-Actualisation, Independence and particularly Assertiveness. However he also shows comparatively lower Emotional Self-Awareness and less developed Interpersonal skills (the third section of the EQ Report). His Empathy, in particular, scores 89 which is below what is called the ‘Effective Functioning’ range. This means it will cause him significant issues in his day to day interactions. Because using EQ to its potential is determined by the balance of EQ skills we instantly recognise that Andrew’s Intrapersonal skills are ‘out of balance’ with his Interpersonal skills. In particular someone’s effective communication is based around a balanced pairing of Assertiveness and Empathy. Scores showing 125: 89, respectively, expose a considerable imbalance here.   This indicates that his strength and force of character will not be tempered by strong enough Empathy (acknowledging, reading and caring about people). This explains why relationships are challenging for him and people can find him hard to work with. His high Intrapersonal scores support him as a good orator utilising his strength of purpose and confidence.

Tempering Optimism with Impulse Control Put into this EQ mix his high levels of Optimism (he scored 123) and low Impulse Control (his lowest score of 88) we then have a perfect storm for what some people might characterise as a potential ‘raging bull’. His behaviour can tend to be fuelled by high energy and passion (High Optimism and Self-Actualisation) but is not balanced with the caring and diplomacy that greater empathy gives or the strong emotional management that impulse control gives. Andrew therefore often jumps into situations with both feet before thinking. He accepts he makes mistakes in the moment and people can feel overwhelmed, upset or intimidated.  Andrew is left wondering what happened or unclear why people are annoyed or avoiding him.   His high Stress Tolerance means that not only is he less affected by conflict or relationship issues as much as others but he is better able to cope with the fall-out and indeed can thrive on stress more than most. Those less able to take stress are prompted to seek solutions to, or avoid stress issues sooner and more often.


Developing his EQ – Plan in action

Building Self–Awareness Andrew, over a period of six months (coaching every 3 weeks or so) has used his good philosophical understanding to improve his self-reflective skills to become more aware of his emotions and their triggers.  He agreed to writing down his feelings regularly and focussing on what he perceives others are feeling too. This emotional understanding and expression exercise builds stronger emotional awareness and vocabulary and has helped Andrew to ‘see’ people’s feelings and their needs more clearly.  It also helped him to see his effect on others and put himself in other’s shoes. This is the key to building stronger empathy. Calming and managing his energy The key to allowing these exercises above to work was the need to help him create calmness in order to ‘see’ his emotions more clearly. This was vital before being able to understand them. He practices a variety of breathing and relaxation techniques . He has listed his early warning signs to watch out for so he can regularly check to see if he is becoming ‘off balance’ as he terms it.  He recognises that he is now able to call on his ‘calm’ creation techniques more often and more strongly the more he practices. He now understands himself better, manages his feelings better and so makes better decisions in the moment. His practice of breathing techniques and relaxation skills are central to this.  He can now more easily spot and manage his hyper moods and is more able to think clearly and is less likely to snap or jump into things. He commented that ‘it takes more’ to get him off-balance’ but he still has his ‘moments’. He has learnt the precursors to common ‘problematic’ scenarios and has ways of pre-empting and dealing with them earlier and more constructively. In the moments of ‘space’ he now produces for himself he is more able to ‘step-in’ and rationalise his feelings more and manage them better to make better decisions in the moment. Harnessing Optimism He can now harness his high level of optimism to greater effect too now he understands that optimism can engage so much more powerfully when linked to greater levels of empathy rather than historically using this energy more with his high levels of assertiveness. Changing behaviour We practiced some empathy-building techniques, from listening skills to understanding the effect his strong character has on others. We went through a range of problematic scenarios he commonly encountered and re-worked them to create ‘ideal’ scenarios and outcomes. He now practices and models what ‘ideal’ behaviours look like.  He has something to aim for. Others now comment that they feel he is different, easier to deal with so he feels good that it’s working, gradually. The scenarios used were a mix of personal ones relating to relationship conflict issues and professional situations around building the relationships necessary to bring in and retain long term donors.  Clearly making significant changes to how someone interacts with the world is an on-going effort. But already, in particular, his wife has noticed some ‘pleasant differences’ and ‘they are definitely arguing less’.  The ‘coaching work’ acts as a conduit along which more open dialogue can flow. Over time bringing greater understanding and balance to his EQ Andrew has improved his life and work in a range of significant ways. Importantly he also now has the understanding and tools to continue this work for himself in the future.   (EQworks uses the EQ-i 2.0 assessment which is owned and used under licence from MHS ltd.)