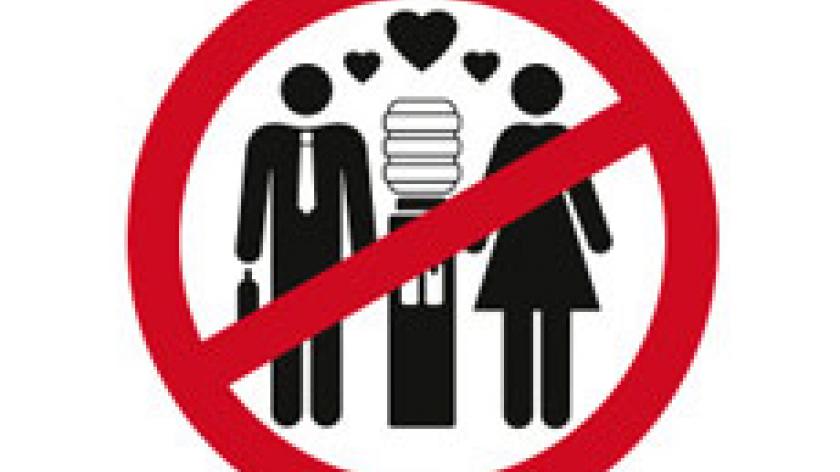 Office-based romances could be costing British businesses millions and inflicting untold damage to their reputations.

Over a thousand individuals responded to the ‘Are Office Romances a good idea’ survey and over 200 businesses to the ‘Impact of Office Romances on UK Businesses’ survey, both commissioned by website IllicitEncounters.com last month.

Three quarters of individuals said they had at least considered having an office romance and more than half had engaged in at least one relationship with a colleague.

Six per cent of respondents said their employer had a contractual morality clause forbidding office relationships as part of the terms and conditions of their employment. Meanwhile, one in five respondents claim that they or a colleague have been disciplined for having a work-place romance.

The overwhelming majority of staff – 84 per cent - agreed that an office romance would have a negative impact on productivity. Meanwhile three quarters of business respondents said they had no formal or informal policy to discourage staff from engaging in office relationships even though most agreed that they were disruptive to productivity.

Mike Taylor, Spokesperson for IllicitEncounters.com, which commissioned the research, said office-based relationships could lead to the unnecessary and avoidable costs of situations such as sexual harassment, discrimination, health and safety or unfair dismissal claims against the organisation.

“These are some shocking statistics and we have barely scratched the surface. You will never stop people from developing romantic feelings towards their co-workers which can often lead to a full blown affair,” Taylor said before launching into an overt plug for his company’s online dating platform for individuals seeking extra marital romances, which he said would “allow workers to focus their attention on their work in their work place.”

Half of the businesses surveyed said they believed recommending employees seek romance outside of their place of work would save them money and improve productivity. In the last 12 months, the average cost to each business from issues relating to office romances was over £65,000, bringing the total cost of office romances to the 200 companies surveyed to in excess of £13 million.

Daniel Peyton, an employment lawyer from McGuireWoods, agreed that office romances were a real problem for employers, but said imposing rules forbidding office romances doesn't work. "Although fear of dismissal may deter some people, romance is not generally known for improving people’s judgment and some romantic involvement between co-workers is probably inevitable when we all spend more and more of our time at work"

“The other problem with a blanket prohibition is that, to be fair and avoid discrimination, it will have to be applied equally to all those caught. Do businesses really want to risk losing senior and key employees because they fall in love?" Peyton added.

He said a more practical approach is to focus on transparency rather than prohibition and to avoid the harm caused by illicit relationships rather than trying and failing to control people’s emotions with employment policies.

HR consultant Tara Daynes said banning workplace relationships altogether was impractical, "The best approach is to have a policy in place for damage limitation. You can also stipulate what is and is not acceptable behaviour for couples at work - such as public displays of affection or having ‘domestics’ in the office! And make sure that the consequences of non-compliance with the policy are clearly stated."

But as the managing director of one media company put it: "Perhaps the advice should be either to put lots of bromide in the tea or to concentrate on improving morale and careers rather than imposing petty controls on consenting adults.”

1. Assume that everyone will find out. If that’s frightening or worrying, stop the relationship before it starts. If you’re asked directly about your relationship with a colleague, be honest in your response. Office gossip is inevitable, but a straight-forward answer will keep speculation to a minimum.

2. Try to date people on the same level as you, career-wise. Dating up could be seen as giving you an unfair advantage over other colleagues, while dating-down could affect how seriously you are taken at work.

3. Be selective. While work can be a great place to meet people, don’t think of it as an unlimited dating pool. If you want to be taken seriously, choose your dates carefully – you can only get away with a couple of romances in the same office environment.

4. Conduct all your dates outside office hours. No smoochy lunches and avoid leaving early together. Seeing you happy on company time may make your colleagues resentful and any indignity on your part could be seen as unprofessional

5. Check the company policy. Research from match.com shows that 41% of employees don’t know their employer’s attitude to office dating, so before you dive in head first, check there are no contractual restrictions. If there are, you’ll need to decide whether you should move departments or into another role. I’d say love is important enough to prioritise over one specific job. Statistics suggest that a good relationship will give you good mental health, a longer lifespan and boost your career success long-term, so weigh up those options when you’re deciding whether or not to apply for a position in another company.

6. Deal with an office break-up in private. If the worst happens and the relationship doesn’t end well, keep your composure at work. Discuss the details to death with your friends, but go to work looking the best you can. People will judge how well you’re coping by how you look.