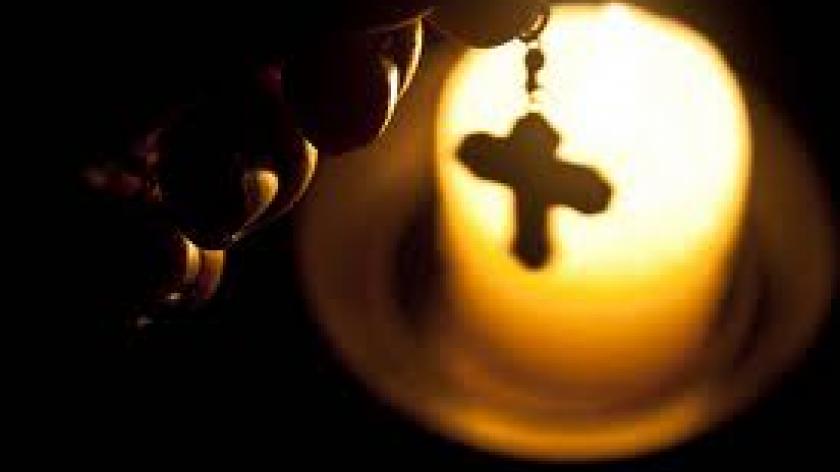 A Christian man who was demoted at work for posting his opposition to gay church weddings on Facebook has won a breach of contract lawsuit against his employer.

Adrian Smith found himself in trouble with the Trafford Housing Trust after linking an article on the BBC News website entitled ‘Gay church marriages get go ahead’ to his personal Facebook page in February last year and adding the comment: “An equality too far.”   Two colleagues subsequently read the remark, which could only be viewed by friends and friends of friends and was posted out of work hours. One of them asked him to explain what he meant, which he subsequently did.   Smith was then subjected to a disciplinary procedure for breaking the Manchester housing association’s code of conduct by expressing religious or political views that might upset co-workers. He was found guilty of gross misconduct and given a final written warning, losing his managerial position and having to take a 40% salary cut in the process.   As a result, Smith brought breach of contract proceedings against the Trust, attesting that it had acted unlawfully in demoting him and had breached his rights to freedom of religious expression under Human Rights and Equalities legislation. And today Mr Justice Briggs ruled in his favour at London’s High Court.   He said that the Trust had no right to demote Smith as the Facebook postings did not amount to misconduct, and that the demotion, which had been imposed as a disciplinary sanction, constituted a “serious and repudiatory” breach of contract.   Despite this, Mr Justice Briggs said that he was only able to award Smith  “very modest” damages of £100 due to a legal technicality, although doing so caused him “real disquiet”. The figure constituted the difference between his contractual salary and the amount actually paid to him in the 12 weeks after taking up his new, reduced role.  A matter of principle  Smith said: “I have won today. But what will tomorrow bring? I am fearful that, if marriage is redefined, there will be more cases like mine. And if the law of marriage changes, people like me may not win in court.”   The chief executive of the Trust, Matthew Gardiner, told the Independent, meanwhile, that it fully accepted the court’s decision and had made a “full and sincere apology” to Smith, who was still employed by it.   “At the time, we believed we were taking the appropriate action following discussions with our employment solicitors and taking into account his previous disciplinary record,” he said.   The case had been about the interpretation of the Trust’s code of conduct and the use of social media by its managers and it highlighted “the challenges that businesses face with the increased use of social media”, Gardiner added.   As a result, the organisation had now reviewed its documentation and procedures to avoid a similar situation occurring in future, he said.

But Anthony Fincham, head of employment at law firm, CMS Cameron McKenna, said that the "derisory" nature of the compensation awarded for "serious mistreatment" when other legal avenues could have resulted in a higher financial settlement, showed that the case was "plainly more to do with principle".

But he cautioned against viewing the outcome as having drawn a line under a series of cases that had been "widely but wrongly criticised as anti-Christian".

"In this case, private views on a restricted site were rightly held to provide no basis for the draconian action of the housing trust in demoting the man and cutting his salary. It is frankly difficult to imagine what the Trust thought it was doing," Fincham said.

In the report, I noticed the following comments by Mr Matthew Gardiner, of Trafford Housing Trust:

The court's full judgment can be read at:

Paragraph 35 of the judgment says that the case was not "about the fairness or otherwise" of the disciplinary procedure used.

If the case wasn't about the "fairness or otherwise" of the disciplinary procedures, then changing "procedures" won't affect what the court said that the case WAS about.

The problem seems to be that somebody powerful had a grudge against Mr Smith, somebody powerful enough to get their own way, when applying the Code of Conduct and the Equal Opportunities Policy, to the completely faultless behaviour of Mr Smith.  Whoever it was, twisted and misinterpreted an excellent code and policy, during a perfectly workable disciplinary procedure, ending up reaching the utterly ridiculous conclusion they had wanted to reach in the first place, before the trap was sprung; namely that Mr Smith was guilty of "gross misconduct" under the code and the policy, when he'd actually stuck to the code and the policy, and wasn't guilty of any misconduct at all, let alone "gross" misconduct.

So all the effort put into tinkering with documentation and procedures that were perfectly fit for purpose, won't avoid a similar situation occurring in future.  The only thing that will do that, is getting rid of the PEOPLE who were behind the plot to reach a completely of fictitious conclusion, the conclusion laughed out of court, that a man who kept the code and the policy almost religiously, had broken it; that a man who had done nothing wrong at all, had done something so wrong that it deserved to be described as gross misconduct.

It's a poor workman who blames his tools.  The tools - the "documentation and procedures" - were fit for purpose. It was the way those tools were misused, not for their intended purpose, but in a vendetta against an innocent man, to trump up something against him, that caused the problem.

Changing the documentation and procedures therefore won't stop witch hunts like this happening again.  The directors must get rid of the witch-hunters who caused all the trouble, and replace them with more decent, honourable and sensible people; people who are not committed to some common purpose to do mischief together. Being willing to bring down trouble on the heads of the trouble makers, stands the best chance of stopping this happening again.

It is customary to find a scapegoat.  Mr Gardiner seems to adopting as his scapegoats, the backroom boys who wote the perfectly adequate previous versions of the code, policy and disciplinary procedures used, which would have protected Mr Smith against his enemies, if only his enemies hadn't turned out to be the very people who were in charge of the exercise of abusing the code, policy and procedures, in order to get rid of him.  Mr Gardiner wants to fix what was never broken, and to leave that which is rotten in that company alone.

It was PEOPLE who attacked Mr Smith, not documentation and procedures.  That is the lesson that I don't think Trafford Housing Trust has learnt, by the sounds of it.