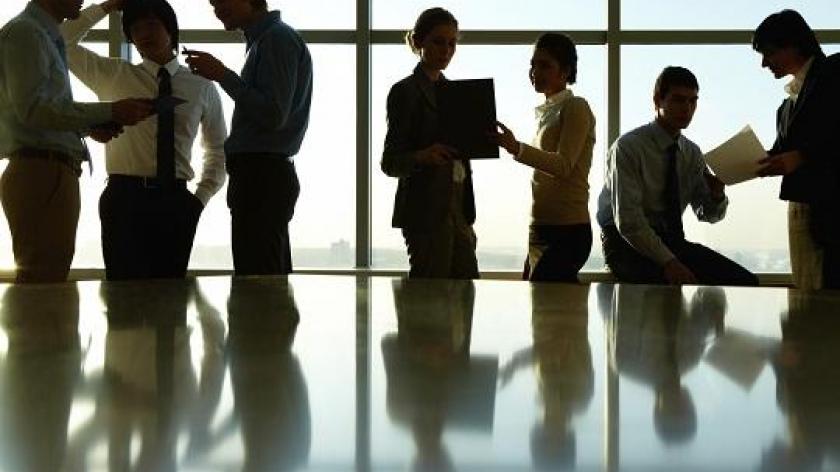 Move over teamwork - what about the other forms of co-operative working?

Taken very broadly, there are two kinds of management or business research thinking when it comes to teams: perspectives that think teams are a decent functional way to organise workers to work effectively, and perspectives that are much more critical of the very concept of teamwork.

Instinctively, anecdotally, and from much research over the last few decades – we all know that teams often don’t work. ‘Dream teams’ of exceptional individuals can turn out to be nightmare units, groupthink and other faulty decision-making biases can make the whole less than the sum of its parts, and sometimes people end up in too many teams or don’t even know whether they’re in or out. I would argue that this is because teams are relatively artificial constructs; they are often no more than idealistic ‘boxes’ that exist unevenly only in the minds of some managers and workers.

Frequently, organisations are not like traditional sporting events or the inside of rowboats – they are much more variable, overlapping, organically changing configurations of people. Being inside a team or outside a team is not a neat shift from one state to another – teams or groupings vary continually in how ‘groupy’ or cohesive they actually are. Most management research, however, has focused on teams as neat boxes or islands that sometimes conflict a bit, but generally agree in their perceptions, have stability of membership, and have a relatively fixed relationship with their external environments. In short, it has been a romance of teams, a science of convenience, and an exercise in wishful thinking.

However, none of this is to say that teams are always doomed or flawed. With the right culture, tasks, and aligned sets of HR practices, teams can innovate and achieve highly effective working patterns. As with all social and workplace issues: it depends on the context and getting the conditions and circumstances right. However, many of these favourable initial ingredients or conditions for optimising teamwork either remain elusive or appear in an implausibly long list. It is no mean feat to ensure the selection of diverse members, extensive team-building and clear unifying goals. Teams themselves are also a moving target; in general they are changing: members come and go more often, technology encourages collaboration over almost any distance, and traditional hierarchies have become much flatter.

What I wish to say is that teams should be considered more dynamically as sitting within a broader spectrum of many cooperative working options simultaneously; as one work arrangement among many. The guiding word here being cooperation. There are multiple ‘building blocks’ of cooperation, from small-scale to large-scale, guiding how people work together, that managers can consider as part of a broader, customisable repertoire. I tend to refer to them as a ‘cooperative value chain’ or a ‘high-cooperation HR menu’. This cooperative toolkit consists of the five following components:

1) The individual. I want to be alone. Many job descriptions, rewards packages and other parts of the psychological contract bestowed via HR practices still revolve around individuals and their needs or talents. Many artists, technical problem-solvers, leaders and so on, may find they work most effectively as a demarcated, unique individual. Western, individualistic cultures may also favour personalised working this way, for at least significant portions of employees’ time, as proactivity, autonomy, and flexibility are emphasised in their roles. Single individuals are still cooperating, but in their own reflective way; they may also occupy special positions in social networks (see below) or fulfil boundary-spanning roles, where they are the individual link bridging units of cooperation that would otherwise have no way to interface.

2) The dyad. Two heads are better than one, but three’s a crowd. Some work roles explicitly involve pairs – software programmers check each other’s work, police officers patrol in pairs, and mentoring and other partnerships can occur in this way. But more exploitation of this unique two-person unit may be possible in workplaces than is currently realised. Some would argue that a dyad/couple is a small team, but I would argue it constitutes a special relationship. Two people cut a fruitful compromise, a middle ground between the egoistic isolation of working alone and the potentially biasing social pressures of a larger group.  Of course such pairs need to be carefully matched to each other and the workflow to get the most out of the pairing.

3) The classic team. The whole is greater than the sum of the parts – go team! As discussed above, in some situations, a neatly bounded, interdependent team with a clear goal may be possible. But a team charter or checklist should be carefully put in place to ensure the key conditions are right before proceeding with what is a larger, more elaborate cooperative endeavour in terms of the numbers of people involved. Social and task criteria to keep it working effectively together will need to be addressed, including a meaningful shared purpose, a differentiated mix of suitable members, clear rules or norms, wider resource-based support, and adequate coaching. Leadership, technology, lifespan, and competing teams or other boundary memberships in the wider environment will need to be addressed, in line with the other cooperative options above and below.

4) The multi-team system. Teams don’t exist in a vacuum, but in a ‘team of teams’. Beyond single teams, research is increasingly considering multi-team systems (MTSs) or ‘teams of teams’. Army, Navy, and Air Force; or Police, Ambulance, Fire would be obvious examples, but of course most organisations contain multiple groups, divisions, functions, layers etc. with potential for forming and/or recognising MTSs. One commanding team might lead several subsidiary teams, or teams with specific goals might come together to achieve a higher goal. As with single teams, structures need to be made crystal clear and cooperative flows and linkages choreographed and monitored carefully. People may need to be cross-trained, or to attend multiple team events, but without taking on too much workload. The relationship between the immediate goals of one team and the higher goals of the set of teams need to be clarified, as well as prioritised in various scenarios.

5) The social network. The wisdom of crowds. In a sense here we come full circle as individual employees occupy distinctive positions within collaborative networks, but in an increasingly interconnected world with more permeable communication boundaries, anyone can be meaningfully connected with up to 150 others at any one time. We enter the realm of crowd-sourcing, flash mobs, consortia, and other self-organising forms of social movement or widespread cooperative organisation. The boundaries of entire businesses and sectors may be transcended, co-operators may never meet or be totally aware of each other, and finished products may be complex mosaic or snowball outputs, difficult to link directly back to the inputs and processes of diverse contributors. Yet impressive tasks and economies of scale can be achieved, sometimes on goodwill and intrinsic motivation alone.

In conclusion, HR practitioners should try to take advantage of mapping this broader array of cooperative building blocks simultaneously. Rather than simply asking ‘to team or not to team?’ they should consider offering employees a greater range of performance opportunities via these other cooperative value chain options, enabling them to work more naturalistically and fully unlock their talents.

Just wanted to say that this is a very perceptive article, that I enjoyed reading very much.

I think it has a lot of relevance ot the area I work in which is more about distributed working patterns, where one of the key perceived challanges/fears is the impacts of new ways of 'smart working' on team identity and cohesion. The article helps to contextualise discussions about this.

Hi Andy thanks for these comments. I agree; and I like the term 'smart working' applied here. I also think the talent management idea of having 'the right people in the right place at the right time' is relevant here

This is a timely article reminding us that the workplace is a dynamic collaboration of people however, the author asserts that rules and a control structure must be imposed for a collaborations to work. I think the idea that an external function must  carefully match pairs or a write a team checklist is old "command and control" thinking. Developing, building and encouraging the environment that enables collaboration to flourish and trusts the participants, to quote Garrison Keiller, "do good work" is far more important.

I think this is an interesting point about autonomy/empowerment/trust vs. control, bottom up vs. top down etc. that fell outside the scope of this blog. I wouldn't say I particularly strongly assert 'rules' or 'control structure' in the wording of this blog. I also don't specify an 'external function'. It may well be the case the teams and pairs self-manage these issues. This could have been made more clear but make no mistake - this blog is all in favour of an organic, evolving, self-organising, trusting, bottom-up approach. Thanks for highlighting this tension, which I think is common to any HR/managerial issue...

Just finished reading Nilofer Merchant's 11 rules for creating value in the social era. Some interesting fusion between this book and your blog. It's all coming together as an insight into how we work as people and as organizations may be changing.

Good article - there is no perfect type of team, and managers will always find it hard to handle groups well. In my article here: http://blog.twoodo.com/721/definition-of-teamwork/?track=blogcomment I argue that we are naturally disposed towards some forms of teamwork because of our historical and cultural development. It might be of interest to you!