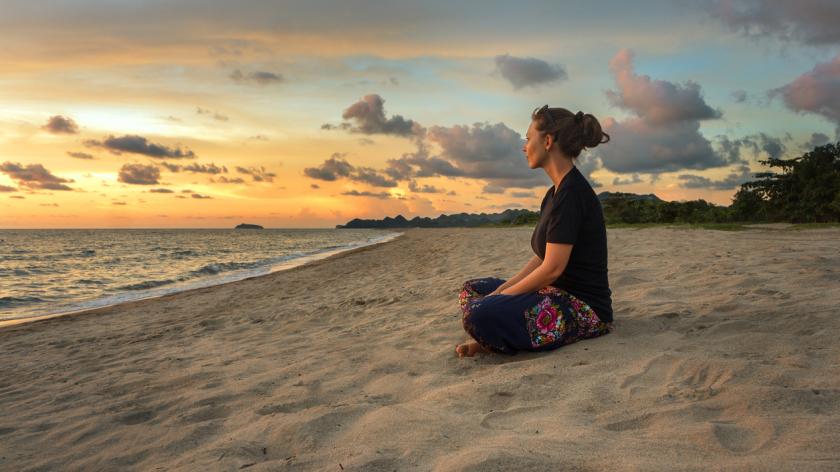 Mindfulness: the new science of performance

I can remember when culture was a weird concept that many felt would never catch on and certainly most CEOs thought it was some soft thing that had no relevance to their job.

Yes this may date me but it also reminds me of how business people are thinking about mindfulness meditation today. There are a number of high-profile companies like Google who have in-house programmes for employees and increasingly we are seeing mindfulness teaching appear in leadership development programmes.

A recent article claimed that it has become a popular practice amongst a number of high profile leaders including CEOs such as Rupert Murdoch of News Corp, Bill Ford of the Ford Motor Company and Marc Benioff of Salesforce.com. Then there are individuals who turn to it out of a desperation to feel better, manage stress and improve work performance.

What happened with culture is it became the backbone to strategy implementation and now you would be hard pressed to find a CEO or HR function that isn’t obsessed with their company culture. My prediction is that this will also become true of mindfulness in improving leadership and employee performance. Why? Well let’s look at the science. It is quite compelling.

Please note here I am discussing mindfulness. Not all sorts of meditation. This is partly because most of the science has been carried out with people who are using this approach and partly because the meaning of the term ‘mindfulness’ goes beyond the act of meditation and really describes the way you interact with the world, or at least attempt to interact with the world. One of the most famous teachers and academics in the field is Jon Kabat-Zinn, the founder of the Mindfulness-Based Stress Reduction program at the University of Massachusetts Medical Center. His definition is of mindfulness is: “Mindfulness means paying attention in a particular way; on purpose, in the present moment, and nonjudgmentally.” This definition calls attention to both the results of mindfulness practice and the act itself. The science reveals it is the results that are the interesting stuff for businesses and business people. In very simple terms mindfulness is about focus on the breath or the body. By focusing attention people are learning to control the sensory volume in the body. It is something we do all the time but mindfulness helps us have more conscious control.

Scientists became curious about what was actually happens in the brain when people practice mindfulness mediation. Using fMRI scans, they have been able to see what happens and compare the brains of practitioners with the brains of non-practitioners. Much of the research is showing that meditation causes the brain to undergo physical changes, many of which are beneficial.

One study comparing the brains of meditators with non-meditators showed a number of structural differences in the brainstem region concerned with cardiorespiratory control, which suggests benefits like improved immune responses, positive effects on breathing and heart rate.

A study by Eileen Luders showed that people who meditate exhibit higher levels of gyrification, the ‘wrinkling’ of the cerebral cortex as a result of growth. Scientists suspect that gyrification is responsible for making the brain better at processing information, making decisions, forming memories, and improving attention.

In a separate study Luders found that meditation is linked to larger hippocampal and frontal volumes of gray matter, resulting in more positive emotions, emotional stability, and more mindful behaviour. For example, being focused on what is happening around you rather than your own thoughts. Meditation has also been shown to help minimise age-related effects and reduce cognitive decline.

These physical changes in the brain result in a number of outcomes, most of which are related to better performance at work:

Because the practice involves focusing attention and being aware of when it shifts it improves focus in the real world. This is a long term effect from regular periods of meditation. Attention is like a muscle that needs to be strengthened through regular practice.

There is robust evidence that meditation improves rapid memory recall. Catherine Kerr  found that people who meditated were able to screen out distractions and increase their productivity more quickly than those that did not meditate. This ability to ignore distractions could explain “their superior ability to rapidly remember and incorporate new facts,” said the research.

The more people meditate, the less anxiety they display. The default network, including the medial prefrontal cortex is responsible for when we think about ourselves. The loosening of connections here seems to have a beneficial effect in also reducing reactions to fear and strong emotions as well as body sensations that go with them. It has been found to reduce self-criticism and negative self talk.

At the same time meditation strengthens the connection between the part of our brains known for reasoning and our bodily sensation and fear centres. So when we experience upsetting sensations or emotions, we can stand back and view them rationally. For example, when you experience a challenge at work or a major change, rather than becoming anxious, you can step back, understand it more objectively, without becoming caught up in a story about what it might mean.

Lutz found that people who meditated regularly had stronger activation levels in their temporal parietal junctures, a part of the brain linked to empathy, than those who didn’t meditate. So for example you will be better able to understand what is going on for your client or colleague and put yourself into their shoes.

Mindfulness meditation helps people perform under pressure while feeling less stressed. A study split a group of human resources managers into three, with one-third participating in mindfulness meditation training, another third taking relaxation training, and the last group given no training at all. A stressful multitasking test was given to all the managers before and after the eight-week experiment. In the final test, the group that had participated in the meditation training reported less stress during the test than both of the other groups.  Stress is one of the major challenges in business today and can impact productivity, attendance and attention. Those who meditate are more able to put potentially stressful events into context thus experiencing less actual stress as well as when it does occur managing the impact better.

So there is strong scientific evidence that mediation provides benefits and can help you perform better. The trick is to do it regularly and to build the ‘mindfulness muscle.’ That is when benefits spill over into personal and work life. If you want to use mindfulness mediation to enhance your own performance and wellbeing a very good app to get started with is Get Some Headspace. You can see one of the founders, Andy Puddicombe, taking about his work here. The method is targeted at business people and others who want a secular approach.

As an HR professional, being aware of the performance benefits from mindfulness gives you an edge. Personally experiencing it gives you credibility to talk about its use in business and get ahead of the change curve as this becomes the next ‘big thing’.

Just wondering if we do some of this naturally?  So for example, ten minutes in the sauna - always helps me totally relax and clear my mind - but is this the same as being mindful?  I am just wondering if there are ways of building this into our daily routines without actually meditating formally ....

I think the difference between relaxing and mindfulness is the controlled attention. So you may be doing that in the sauna if you, for example, focus on the heat or the breath. Lots of people build this in to their routine by doing walking meditations, for example, on the way to the office. It is also not unusual to see people on the tube or train clearly meditation with their earphone in.

I am a scientist and get frustrated when I see this kind of stuff wrapped up as science.  It is not.  We barely know anything still about neuroscience.

That said, there's nothing wrong with a bit of empiricism and the range of routines that sit under the umbrella of mindfulness can be effective and achieving focus etc.

See my post re Ruby Wax on this aspect http://humandynamics.wordpress.com/2013/10/16/waxing-lyrical/

The brain study referenced only touched what I perceive to be the key benefit. It was by neuros looking at MRIs but there's many heartrate & meditation studies particularly in India. what develops is management of the sympathetic nervous system - fight or flight. Wresting back control over autonomous reactions gives a better chance of a measured response.

Peter respect your views but everything mentioned he is peer reviewed research from well known universities. I agree there is still a lot to learn about the brain and the implication of how it works but there is also a lot we know and much of it is extremely helpful to people and matched their experience.

Bridwood. thanks for adding to this post. You are right there is lots of data from physical tests of the impact of meditation. This was touched on but as this was a post a about the neuroscience not covered in depth. Maybe that is a follow up article from you? It would be very interesting as a compliment to the neuroscience findings.