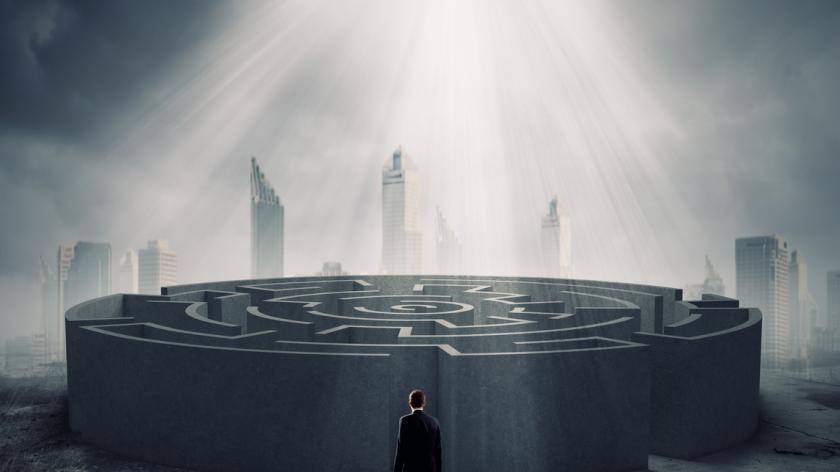 Is this punishment for tardy staff a step too far?

An extreme work rule has gone viral, attracting tens of thousands of comments, most of them launching a scathing attack against the manager in question. But how should lateness be dealt with?

It seems that if you put a foot wrong these days, there is a high chance that it could just go viral. And that’s what one manager who imposed a rather archaic and perhaps unfair rule on their team has found out…

Recently, a disgruntled employee uploaded a photograph of a poster displayed within their workplace to social media website, Reddit. The poster depicted a ‘new office rule’ which said: ‘For every minute you are late for work, you will be required to work for 10 minutes after 6pm. For example, if you arrive at 10.02, you will have to stay an extra 20 minutes until 6.20pm. Thanks.'

The image has since been shared countless times, has been reported on by every major news outlet across the globe and has attracted tens of thousands of comments most of them launching a scathing attack against the manager in question, perhaps unsurprisingly.

Let’s not forgot though, that whilst nightmare bosses certainly exist, so can wayward workers

A shocking rule in the age of ‘The Great Resignation’

I have to say, I was quite surprised myself to see such a rule being imposed on employees in this day and age. Particularly as right now, we are living through ‘The Great Resignation’.

What with mass resignations being recorded in 2022, and a whopping one in five workers vowing to quit their jobs this year, employers are scrambling to fill vacancies, and as a result, employees can afford to be more selective than ever when it comes to finding - and staying in a role.

In fact, following the pandemic, many employees are placing a much higher priority on an effective work-life balance and expect their employers to facilitate this.The rise in hybrid and remote working, and the recent launch of the four-day work week trial solidifies this shift in priorities.

Positive morale is key to a successful workplace

Something that cannot be underestimated when it comes to managing a business successfully though, is building positive morale. A lot rests on your employees being happy and motivated when they come to work. A culture where staff feel valued and supported is tangible to productivity and staff retention. An environment where staff do not feel appreciated is a one-way ticket to just the opposite.

Employees are challenging the culture of ‘boss knows best’

For decades, there has been a deep-rooted culture of presenteeism, where employees feel that starting early and staying late, working beyond their allocated hours is a must for progressing careers.

And whilst this is still very much the culture in some countries, most others seem to rebel against this ethos, rebalancing the equilibrium and leaving behind that more traditional, and perhaps outdated, slave-master relationship in the dust, for good.

To reflect the ever-evolving working world, employers must tailor their management techniques accordingly, or risk losing key talent to resignations.

We can all fall victim to a train or bus cancellation or delay, or be blindsided by unexpected traffic

Controversial but is it illegal?

That’s the ethical side covered, but what about the legalities of imposing such a controversial rule?

There are a couple of things this manager will need to consider, the first being that with a presumably imminent influx of resignations, they will likely be at risk of constructive dismissal claims.

Something else to be wary of is claims for unlawful deductions from wages should the employees not be receiving overtime pay for the extra time that are required to stay at work (and do we honestly think that this manager is planning to pay overtime? Probably not…)

Let’s not forgot though, that whilst nightmare bosses certainly exist, so can wayward workers So, unless this rule is outlined in the employees’ contract of employment and agreed upon, it is, in fact, illegal.

And if working all this extra time for free brings their wages down to less than national minimum wage, this manager could be facing fines and being named and shamed by the government too.

But what about when lateness is a continuous issue?

We can all fall victim to a train or bus cancellation or delay, or be blindsided by unexpected traffic. Or, recognising we all have lives outside of work too, a personal issue can arise which makes getting into work on time nigh on impossible on occasion.

Though of course, it should go without saying that habitual lateness is something that absolutely needs to be tackled. But how is best to do this? Well, not through demanding an extra nine minutes of work in exchange for being one minute late, that’s for sure.

If there is no valid reason, and the tardiness continues, you would have grounds for kicking off the disciplinary process

What’s the best way to deal with such a situation?

The best way, as with most HR issues, is to sit down with the repeat offender and get to the bottom of why they’re continually late to work. It could be they have things going on that you’re not aware of; caring responsibilities, or a disability, perhaps. Then you can identify the root cause and put in place effective measures to support employees to get to work on time.

If there is no valid reason, and the tardiness continues, you would have grounds for kicking off the disciplinary process. Let’s hope that this manager has learned his lesson and now has the tools to implement fairer rules going forward.

Interested in this topic? Read From grievance to mediation: Harnessing the potential of informal resolution.