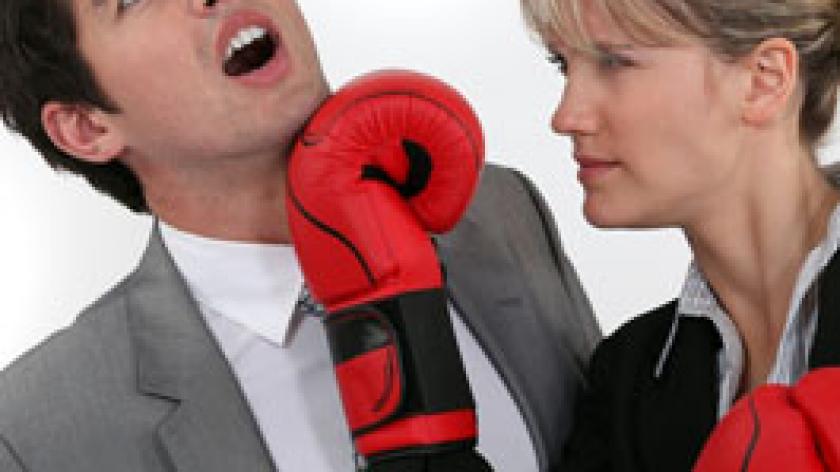 How to steer clear of office conflicts

As children, most of us would have been encouraged to 'play well with others,' but in later life, this advice doesn’t always govern behaviour in the workplace.

It’s just a fact of business life that misunderstandings occur and personalities can clash. Even if you’re more of a peacemaker than a trouble-maker, you could find yourself working alongside a difficult or even vengeful colleague who has a knack for drawing you into conflicts or creating disputes. Whatever situation you may find yourself in, these tips can help you do your part to maintain harmony in the office: Understand your colleaguesGet to know the people you work with and learn about their concerns and the pressures they face. The more you can put yourself in their shoes, the better you can anticipate issues that might create friction.  For instance, if you know a colleague stresses over producing the monthly financial report and wants to receive data from you as soon as possible, try to accommodate his or her preferences, even if it means slightly reordering your own priorities.Don’t fuel the rumour millEven if managers aren’t always privy to office gossip, sooner or later, they usually find out what employees are talking about. Most are also adept at uncovering who is spreading rumours or airing complaints.  If you don’t want to be known as someone who stirs the office pot — and creates problems for your boss — steer clear of gossip and speculation altogether. Managers value employees who are a positive influence on others. Fight your own battlesWhether you’re stuck working alongside a prickly colleague, a lazy teammate or someone who tries to take credit for your ideas, try to work out your differences without asking your manager to intervene.  Ask the person for a private meeting and be prepared to discuss specific instances in which their behaviour created challenges. Keep the discussion constructive by focusing on the facts and avoiding comments that may call the individual’s intelligence, competence, motivation or commitment level into question. Observe office protocolBe sensitive to the unwritten rules and traditional responsibilities in your workplace. For example, new projects have a way of stirring up ownership issues. If you have an interest in spearheading a particular initiative, it may be wise to first seek the blessing of a colleague who has worked on the issue in the past or is regarded as the resident 'expert' on the matter. Keep in mind, too, that you will likely need your colleagues’ buy-in on initiatives you lead, so it’s best not to be perceived as stepping on others’ toes in a quest to expand your responsibilities.Be flexibleGetting along with others in your office means being a team player and being willing to help others out, often on short notice. Assuming you can lend colleagues a hand on a project without shirking your own responsibilities, do so. Not only will your colleagues be appreciative, they’ll undoubtedly remember and return the favour when you’re in a bind. Laugh a littleApproach your work seriously but don’t place undue importance on yourself. Use humour to maintain perspective and ease your own and others’ workplace stress. Most people appreciate at least some degree of levity in the workplace; it’s hard to have tense relations with someone who makes you laugh. Although occasional personality clashes are inevitable in busy workplaces, you can usually reduce the potential for conflicts by being sensitive to the pressures your colleagues are under and taking a sincere, nonconfrontational approach to resolving differences. Having positive relationships with others in the office will not only reduce your own stress levels and make work more enjoyable, but will also keep your manager from having to spend too much time playing peacemaker - and for that your boss will thank you. Clive Davis is a UK director with Robert Half.