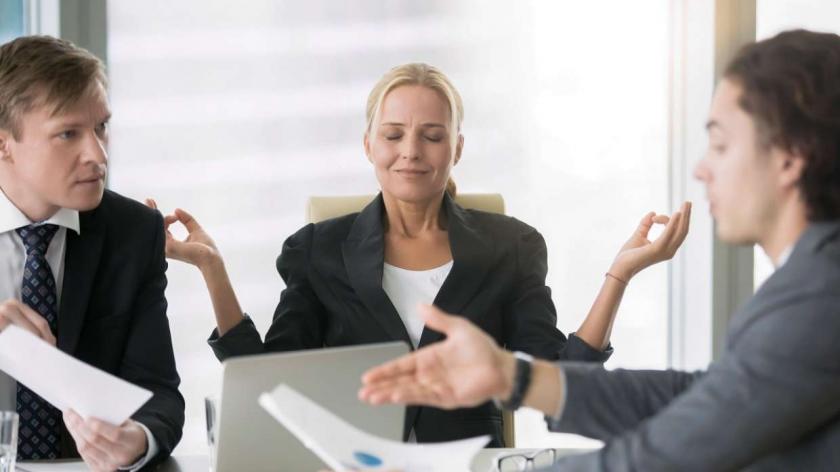 fizkes_0/iStock
Dealing with conflict at work

How HR can equip line managers to cope with conflict

Dealing with workplace conflict is the bane of many an HR manager’s working life. People accuse their manager of treating them unfairly. Power struggles emerge within teams. Colleagues fall out and refuse to co-operate with each other.

Unfortunately, by the time the problem arrives at HR’s door, the conflict has often reached an advanced stage. Positions have become entrenched, defences are up and rational conversation is seemingly no longer possible.

Part of the problem is that line managers have often allowed situations to escalate before either stepping in themselves or seeking help from HR. Sometimes this is down to avoidance. They brush the problem under the carpet, or take the stance that individuals should sort it out for themselves.

Often, however, it’s because they simply don’t feel equipped to deal with warring colleagues, disgruntled employees or immovable union officials. The organisation expects them to take primary responsibility for maintaining harmonious relationships in their team – but hasn’t provided the training and support they need to do it effectively.

To make matters worse, HR policies and procedures that are designed to help often make the situation worse, plunging people into formal processes when just sitting down and talking openly about it would probably be enough to restore peace and get people working together effectively again. These policies strike fear into the heart of many a manager.

‘If I say the wrong thing, it could be that ends up with an allegation being raised. It’s probably better to say nothing and hope it will go away’. In essence, the policies that are designed to resolve and regulate conflict actually inhibit its resolution.

So what steps can HR take to make sure line managers are better equipped to nip unhealthy conflict in the bud?

If disputes are allowed to fester, people will be wasting time arguing, gossiping and speculating, and there will be a knock-on effect on productivity.

Managers often dismiss conflict as part and parcel of working life. It’s irritating and time-consuming, but pretty low-down on their agenda.

They also observe that conflict is not treated as a strategic priority so they ask themselves why they should bother dealing it. The cost of ignoring conflict, however, is extremely high, both for the organisation and the individual.

If disputes are allowed to fester, people will be wasting time arguing, gossiping and speculating, and there will be a knock-on effect on productivity, customer service and motivation levels in the team as a whole.

In worse case scenarios, conflict can impact on competiveness and corporate reputation – not to mention the legal and compensation costs that could arise if a dispute ends up in front of a tribunal. Overall, the CBI estimates that unresolved conflict costs the UK a staggering £33 billion a year.

The impact on individuals who are involved in a conflict – or who may be bystanders – is also huge.  People get worn down by the daily battles and unpleasant atmosphere and find it difficult to concentrate on their work.

Stress starts to kick in, absence levels rise and in some cases people get so fed up that they leave their jobs, taking valuable skills and talents elsewhere.

HR needs to make sure that managers understand the real cost of conflict – and why it’s important for them to take steps to halt it in its stride.

2. Raise awareness of the difference between healthy and unhealthy conflict

Not all conflict is bad.

Indeed, a certain amount of spirited debate and divided opinion is essential to creativity, innovation and the development of new insights.

Managers often need help, however, understanding the difference between functional and dysfunctional conflict.  Functional conflict is where team members are engaging in healthy debate, in a joint attempt to achieve the best outcome.

Dysfunctional dispute is insidious, subtle and if left unchecked, can soon descend into bullying, harassment or discrimination. It’s sometimes mistakenly dismissed as ‘banter’ or ‘letting off steam’, but it’s neither of those things and is extremely harmful and stressful for everyone involved.

HR needs to encourage managers to embrace healthy conflict – while at the same time making sure inevitable differences of personality, approach and opinion don’t tip over into dysfunctional disputes.

This approach to managing people calls for a high level of emotional intelligence which some managers may need help in developing.

If managers know the signs of a situation starting to turn sour, they can act early. Increased levels of stress-related absence, communication break-downs and conversations that cut off sharply when the manager enters the room, are all signs that unrest may be bubbling under the surface.

Alliances and cliques begin to form and people start pointing the finger of blame at colleagues for whatever is going wrong.

People adopt rigid positions and focus on what is driving them apart rather than the common purpose that should be holding them together.  HR needs to encourage managers to have their radar out for these early warning signs that suggest all is not well and the manager needs to intervene.

Often a dispute can be quite quickly sorted out buy people getting round a table and simply talking to each other. But in a working world that is dominated by email, text and instant messaging, we seem to be losing the ability to sit down together and have adult, face-to-face dialogue.

Managers are often worried about encouraging this for fear they might make matters worse. They are worried that people will become upset or angry and that they won’t know how to deal with it – or that they will inadvertently fall foul of official processes and expose the organisation to legal proceedings. HR needs to encourage managers to facilitate the kind of healthy, cathartic dialogue that will help people get back on track.

If managers know the signs of a situation starting to turn sour, they can act early.

It’s about reassuring managers that talking about things is OK, and helping them understand how to create safe spaces where feelings and emotions can be expressed and parties can work together constructively to find a way forward.

It’s unfair to plunge managers into situations where they are having to deal with broken relationships and warring colleagues without providing training and support. Unfortunately, as responsibility for people processes has increasingly been devolved to the line, this is exactly what is happening.

Managers are finding themselves between a rock and a hard place. The organisation expects them to manage harmonious relationships within their teams, but they don’t have the courage, confidence or competence to do it effectively. There is now a whole raft of new conflict resolution tools and techniques on the block, designed to help people work together peacefully.

We know that these constructive, collaborative approaches – such as conflict triage assessment, mediation and facilitated round table discussions – work in the vast majority of cases.

If HR wants to reduce unhealthy conflict in the business, it needs to invest in training that will help managers facilitate dialogue through these processes, so that they can deal with disputes in an empathetic, healthy and productive way.

David Liddle is the founder and CEO of the TCM group, the UK’s leading mediation and conflict management consultancy, and author of ‘Managing Conflict: A Practical Guide to Resolution in the Workplace’, Kogan Page/CIPD, 2017.

For the past 20 years David has been successfully promoting the principles and practices of mediation, collaborative problem solving, person centred HR and ER practices, values based leadership and non-violence.

In 2001, David established The TCM Group. TCM stands for Total Conflict Management. TCM are the UK's leading providers of...