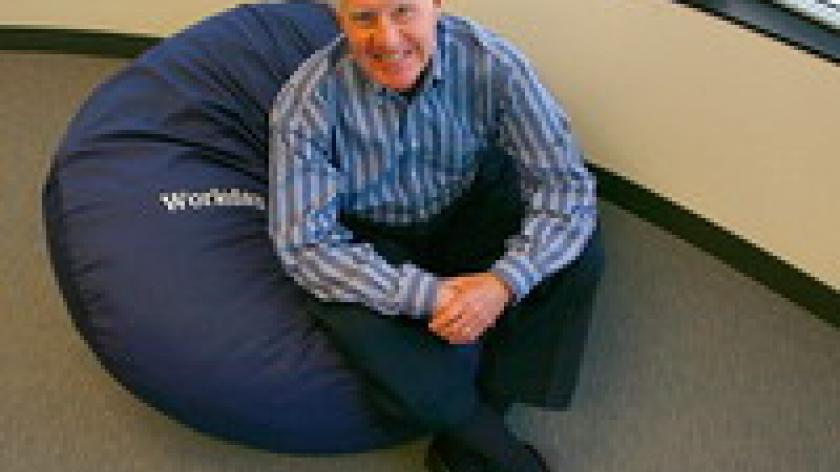 Cloud HCM market set for a big shake-up next year

So said Dave Duffield, joint founder of HR Software-as-a-Service provider Workday and former PeopleSoft chief executive, of the time he's worked with his co-CEO Aneel Bhusri this week.   Duffield’s comment came on the opening day of the supplier’s ‘Rising’ user event in Las Vegas, a gathering that took place against the backdrop of Oracle’s dramatic acquisition of SaaS-based customer relationship management provider, RightNow. That purchase is expected to be followed up by a number of others in the sector, with HR and talent management software vendors anticipated to lead the way.   But it’s reasonably safe to assume that Workday won’t be absorbed into Oracle for the time being. It’s privately-held and it’s hard to imagine either Duffield or Bhusri succumbing to Oracle’s wooing – Duffield was, after all, bitterly opposed to its takeover a few years ago.   Having said that, the company has worked its way into Oracle’s sights, causing the larger vendor some pain by targeting its old PeopleSoft customers with a SaaS alternative. It’s telling perhaps that the first releases of Oracle’s long-awaited Fusion applications are human capital management modules rather than the anticipated customer relationship management ones.   So with new funding in place and the prospect of an initial public offering next year, it was an upbeat Workday team that gathered in Vegas. The general mood was of this being a nexus point for the company that launched back in 2005.   "We're large enough to be relevant in the world, yet small enough that Aneel and I and the other Workday folks can still touch each customer,” Duffield said, citing a recent customer survey that he claimed gave it positive marks of 96%. "These are serious customers, by the way. These aren't the 10-person grocery stores in Topeka," he added.  Fleshing out its portfolio  Such customers are exemplified by the likes of business information company Thompson Reuters, which has 55,000 employees across 100 nations and became a client in August.   Also on the agenda for discussion, however, was the December update to the firm’s offering, which will incorporate 174 new functions. Version 15 will include upgrades to existing financials module in order to enable the vendor to "run the workloads of the largest companies in the world," which includes payroll processing for up to 100,000 staff, Bhusri attested.   It will also integrate with Salesforce.com's Chatter enterprise social media tool and Microsoft Outlook and includes a series of talent management applications including a career interests module, which enables employees to express their career goals and aspirations. Also on the list is a connector for hooking up to third-party payroll systems and improved financial analytics software.   Stan Swete, the supplier’s chief technology officer, said: "Workday 15 is the culmination of many strategic initiatives that have been in development this year."   But the company also plans to integrate its HR and financial applications with technology from another cloud computing newcomer Zuora, which sells subscription billing and commerce services. A similar alliance with performance management vendor, Tidemark, likewise serves to demonstrate the tack that the vendor is keen to take in attempting to flesh out its portfolio.   Mark Nittler, Workday’s vice president of applications strategy, claimed: "The traditional ERP model was product-centric with a focus on procurement. Today, business is about service and the focus is on bookings, revenue - current, recurring and deferred - and renewals, which can make it tough to run a modern business on traditional ERP.”  Neutralising threats  As a result, he believes that an integrated SaaS offering that "is equally adept at working with business, financial and workforce data and that embodies the collaborative and fluid nature of today's planning process” is the “only viable approach”.   Zuora CEO, Tien Tzuo, puts it another way, however. “The key here is that both of us have a common target: the Oracle and SAP duopoly,” he said.   And it’s sound thinking. Earlier this week Angela Eager, research director for enterprise software and application services at TechMarketView, warned that Oracle’s takeover of RightNow was only the start.   While Workday might not be a likely target in its current privately-held state today, that is not to say it won’t find itself on the receiving end of Larry Ellison’s cheque book at some point in the future.   As Eager noted, there is always safety in numbers. “As has always been so in the enterprise software area, once a minor player gets to a certain size and threatens the dominant players, they act to neutralise the threat and claim the opportunity – normally by acquisition,” she said. “The big get bigger, the smaller are enfolded. SaaS vendors need to acquire - or at least form consortiums - if they want to maintain their independence.”   And Workday is starting to not only get to the right size, but also to pick up enough PeopleSoft business to irritate - if not quite threaten just yet - the dominant player. The SaaS HCM space in 2012 promises to be a highly competitive market and will certainly be one to watch.     Workday is one of the sponsors at the Business Cloud Summit on 5 December in London, which will include a discussion on how cloud computing could change the nature of the HR director role. HRZone readers can win a complimentary pass – worth £499 – by registering at www.businesscloudsummit.com/conference-registration and using the registration code 'HR1'.

Ive heard a lot about Workday over the last year or so and was keen to find out more about the product and service.   More recently Ive spent a lot of time reviewing the product/company and the whole area of HR SaaS for a client.

My view is that SaaS as a concept is fine for HR so long as the company providing the service is organised, responsive and has tight security and governance.

As far as the Workday product is concerned, its basic and clunky and reminds me of PeopleSoft version 6 with a fancy GUI.  I'm not the only one to think this...

The are many areas around WD that I'm personally not convinced about but the article is absolutely right - next year will be interesting as far as HCM SaaS is concerned.  My message to anyone looking into SaaS is that WD is not the only HCM SaaS provider, Oracle also provides SaaS and in my view the new Fusion HCM product is head and shoulders above WD in terms of functionality, scalability, extensibility, usability etc.  SAP also provide SaaS.