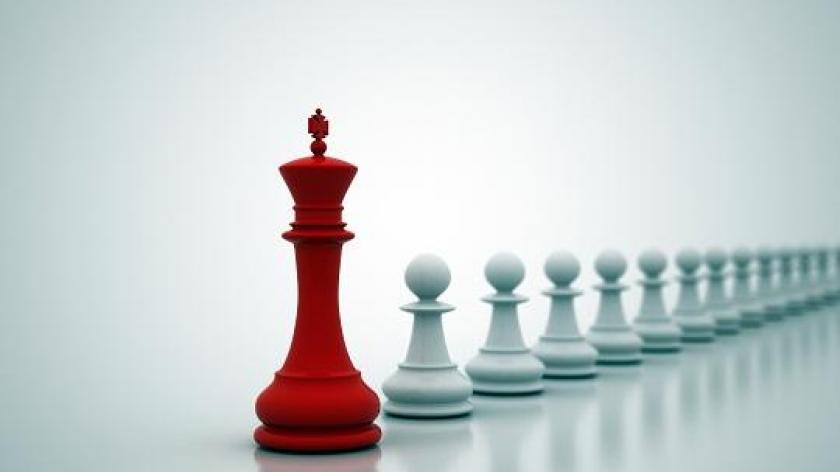 Can your leaders achieve change? Here's what the data says

Most companies are going through change of some type and some sectors are experiencing unprecedented transformational change; that is change that shifts the underlying assumptions and norms of the way the organisation and even the industrial sector operates. We wanted to understand how leaders were perceived to be doing in leading this change and their impact on the success of such initiatives.

We carried out a survey of 2000 employees in the UK. The questions about their leaders were based on the key criteria of what makes a brain-savvy leader. These criteria are derived from the findings of neuroscience, the science of how the brain works. Our belief is leading and working in a way consistent with how the brain works positively impacts how effective people are in the workplace. We call this being brain-savvy.

We turned the results from the survey into an index which measured various factors; from the amount of autonomy employees are given and the clarity and openness of communication about job responsibilities and targets to the quality of feedback and the fairness of leadership. One of the most important factors the index analysed was how well leaders help employees understand change and their part in making it successful.

The level of change in organisations

One of the areas we looked at was the correlation between the amount of change employees say their organisation is going through and the ability of their leaders to manage this change in a brain-savvy way. When we asked employees in organisations where some difficult change had occurred over the last six months, “How much does your leader help you understand the change and your role in making it successful?” leaders in the financial services sector came out at the bottom of the list. Just 11% of employees said their leaders had made an effort to help them understand the change and their role in making it successful. In addition 40% of financial services employees thought the leaders in their organisation had put them under a lot of pressure in the past months, compared to the UK average of just 22%. This was the highest level of any industry in the UK, indicating the pressure that employees in the UK banks, insurance companies and accountancy firms are exposed to. In contrast, those working in telecoms reported the fewest number of people under a lot of pressure in the last few months at 14%. The research demonstrated a correlation between sectors with low levels of brain-savvy leadership and sectors where employees say their leaders are under a lot of pressure.

Poor understanding of the change

The key to successfully changing an organisation is for leaders to help their employees understand why the change is happening and why it is good for them personally. This is a huge problem; 70% of UK employees say they have experienced difficult change at work over the last six months but 15% of those employees say their leaders have not helped them understand change or their role in making that change a success.

Some sectors have been hit harder than others. In financial services, 86% of employees have experienced organisational change with 22% of bosses failing to help them understand it.  But the worst hit sector is health where 78% of workers say they have experienced difficult organisational change but almost a quarter of leaders (24%) have failed to help employees understand their role in making the change a success or why that change is good for them. It is these areas where leaders most need to improve their understanding of brain-savvy change leadership.

Another crucial factors in brain-savvy change is a sense of certainty about what is expected of employees. Financial services bosses are also the poorest at setting clear targets. When asked “How clear are you about your role at work and the targets you need to achieve this year?” 40% of employees in the financial services industry said their targets weren’t very clear. Telecoms leaders, who are among the most brain-savvy in the UK, are the best at providing clear targets and a sense of certainty. Almost three quarters (72%) of employees in the sector have a clear understanding of their role and purpose, significantly above the UK average of 60%.

Failure to maximise feelings of reward through praise and recognition

One way to mitigate the threat response, created in change, is for leaders to focus on creating feelings of reward in employees. Unfortunately in the main UK leaders are failing to do this. When asked whether their leader gave them praise, positive feedback or recognition of their contribution to the organisation, just 17% of employees said the feedback they got was always constructive. 42% said feedback was only ever negative, or that there was none at all. Financial services bosses are amongst the poorest in the UK at this aspect of leadership, too. 45% of employees in the sector receive only negative feedback (or none at all) although leaders in education and manufacturing are worse still (48% and 51% respectively). Leaders in engineering, aerospace & science are the best at giving praise and recognition. 22% of employees in this sector receive feedback and praise that is only ever positive, the highest of any sector in the UK.

So what can be done?

Unfortunately traditional change management approaches are not compatible with this new understanding of the brain’s functioning. Bonuses and incentives or threats of job loss or sidelining will not overcome the biological reaction to change. The traditional approach to change often relies on ordering people to adopt the new behaviour or assuming they will just adapt once they seen the logic of the new approach. But this type of change management creates warning messages in the prefrontal cortex, the executive functioning part of the brain responsible for planning, goal setting and rational thinking. The way to get past the prefrontal cortex threat response is to help people to decide for themselves that the new approach is what they want and to recognize the benefits for them personally.

We have been working with organisations to adopt a brain-savvy approach to change.

How to implement change successfully

Some of the questions in our survey were based on our CORE model.  (You can see a short video here .)The CORE model identifies the common factors that activate both reward and threat responses in social situations. These fall into four elements of human social experience:

These four elements activate either the ‘primary reward’ or the ‘primary threat’ circuitry of the brain.  For example, a perceived threat to one’s sense of equity activates similar brain networks to a threat to one’s life. A perceived increase to your reputation activates the same reward circuitry as receiving a monetary reward. The reaction happens in a nanosecond and is automatic, driving behaviour before the individual has a chance to rationally consider their response.

The CORE model helps leaders understand that a threat in any of these elements will impact people by creating sub-optimal brain functioning, poor motivation and resistance to change, just at the time employees need to be functioning at their maximum capacity.

The charter uses our understanding of neuroscience to create an approach to leading change that works, reducing resistance. It encourages leaders to help people recognise the benefits of the change for themselves and then to engage with their role in the change. This happens by:

This is a new way of working for many leaders and may cause them to feel like they lack control but the results are much more uptake of the change with less personal pain and organisational resistance. The data rather speaks for itself: we can continue to fail at change or adopt a new more brain-savvy approach.

The certainty element of your model really resonates with me. It strikes me that it can be hard for leaders to set clear targets in the context of significant difficult change, which is the pattern that you describe in financial services. Interesting that in the telecoms industry leaders seem to have managed to break the link and provide certainty for their staff despite the context of change. I wonder why telecoms leaders are more brain savvy in this respect than those in other industries....do you have any sense of why this type of leadership is more prevalent in particular industries than others?

Thank you for your question. i have to confess. The data suggests that telecoms leaders do provide greater certainty and also help people understand what the change means to them personally. As well as also increasing certainty this achieves buy-in. i think this is key.