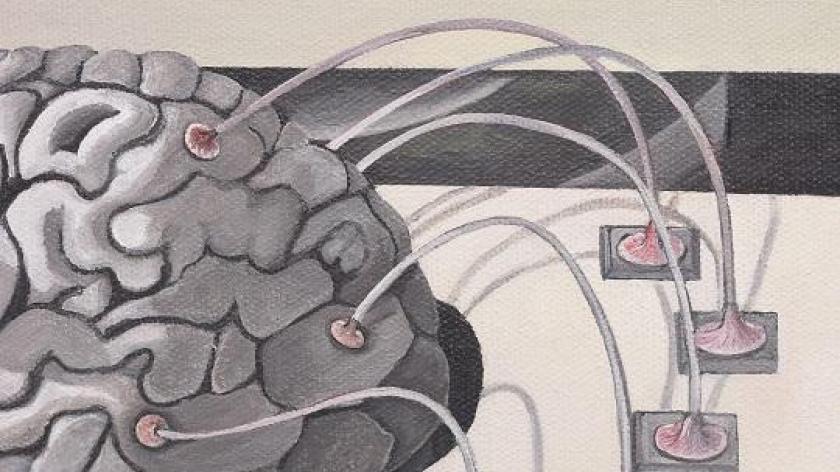 Brain-savvy leaders: what science has revealed in 2013

During 2013 we have seen a continued interest in neuroscience and the implications of its findings for leaders and business. Many of my articles in HR Zone have been read by thousands of people. Obviously I am very pleased about this and the interesting comments people have made about the articles and the science behind them. So to start the year I thought I would give a brief round-up of some of the scientific findings published in 2013 which I think will have a lasting impact on leadership in HR as well as other functions.

Many of our assumptions about why humans developed a large brain and specifically a large pre-frontal cortex rest on our abilities in logical, rational processing. But in his book Social: why our brains are wired to connect Matt Lieberman put forward another reason. And he brilliantly draws out the implications for leaders. The data suggests that we are shaped by our social interactions and suffer when our social bonds are threatened or broken. Our wellbeing depends on connection with others. This is a primary need in the brain: basically Maslow got his hierarchy wrong! Social relationships are a need at the same level as water, food and shelter. Why did the brain develop like this? As humans we would be unable to survive without social connection. If humans are rejected from the group they cannot survive. A baby only survives because they can attract a carer who puts the baby’s needs before their own. This urge to connect is the reason we have a big brain. We have evolved to use the brain to connect with others and this motivates us to work together, find reward in social interaction, collaborate with others and feel motivated to help others.

Several other consequences follow that strengthen the theory that we evolved a large brain to be able to connect and understand social situations. I believe this has an impact on the way we manage businesses. It certainly points to different criteria for selecting and developing leaders. In the book Lieberman quotes some research by the Management Research Group; an analysis of thousands of feedback reports found less than 1% of leaders were in the top 33% for ‘goal focus’ and ‘relationship abilities’. Think about that figure - less than 1% of leaders are strong in both areas. When they looked at just being in the top 50% of performers, they still found only 5% of leaders. How would your leaders rate? There are several psychological studies that suggest being strong at relationships or social connection has a multiplier effect on other skills and hence on performance in a way that strong goal orientation does not.

I was with a client a couple of weeks ago discussing our approach to leadership development using neuroscience to help leaders perform more effectively and my client was telling me his goal was to get his account managers to become better people managers. In particular he wanted them to coach their teams more effectively. My observation was that this should be easy. If they are trusted advisors to their client accounts they already know how to ask powerful questions to help people have insight, hold the mirror up and challenge assumptions. All the skills a coach uses. My client was excited about framing the leader’s role and skills in this way recognising that he would gain more traction.

And now there is scientific evidence that this works. A new study provides strong evidence for a "flexible hub" theory of brain which helps transfer skills. "Flexible hubs are brain regions that coordinate activity throughout the brain to implement tasks - like a large Internet traffic router," suggests Michael Cole, the author of the study.

By analysing activity as the flexible hubs connected during the processing of specific tasks, researchers found unique patterns that enabled them to see the hubs' role in using existing skills in new tasks. Known as compositional coding, the process allows skills learned in one context to be re-packaged and re-used in others, shortening the learning curve. By tracking and testing the performance of individuals the study showed that the transfer of these skills helped participants speed their mastery of new tasks, and use existing skills in a new setting.

Are your leadership programmes taking account of the flexibility hub? Too often we segment learning into buckets. A programme for improving performance with the team, another with the client , and a third for self, rather than taking an holistic view about the core skills leaders need that can be applied in multiple situations. As leadership experts we would do well to review how we frame and market our programmes. Building core skills for application across all the roles a leader plays could speed adoption by quickly creating new habit and neural pathways as well as gaining greater acceptance and saving costs.

In other research there have been important findings which should impact the design of programmes. There is absolutely no point in cramming programmes full of material and giving little or no time for application and reflection. Research at Carnegie Mellon by Alison L. Barth has shown that in the short term, brain synapses get stronger than previously thought, but then quickly go through a transitional phase where they weaken. Recently strengthened synapses are peculiarly vulnerable and more stimulation can wipe out the effects of prior learning. More training during this phase will undo what was previously learnt. In other research at the same university David Cresswell has found that when people process complex information, giving them time to reflect, if only a few minutes, makes their use of the information more effective and their decisions much better. Do you space out learning with time to reflect and apply to the job?

One of the books I enjoyed most last year was John Coates' The Hour Between Dog and Wolf: Risk Taking, Gut Feelings and the Biology of Boom and Bust on how chemistry affects financial trading. I wrote about some of his work in the HRZone article Are you in cat or lion mode?

Consider, for example, the implications of research carried out by John Coates with traders at investment banks. The most successful traders were neither the ones who relied entirely on analytics nor the ones who just went with their gut feelings. They focused on a full range of emotions, which they used to judge the value of their gut feel. When they suffered losses, they acknowledged their anxiety, became more cautious, and took fewer risks. The least successful traders tended to ignore their anxiety and keep going with their trading strategy. Because they did not pay attention to internal signals, they were misled. The equivalent in HR would be to pursue the disciplinary case with a gut feeling that the investigation lacked all the data or to continue to run the new leadership programme when your gut feel said yes but the participant feedback was poor. A huge theme in the last year has been Big Data but my argument is the data is worse than useless if you don’t also understand the emotional ‘data’ available to you via your body. My prediction is embodied leadership training will be a big theme by 2015 so get ahead of the curve and start learning to read your body now!