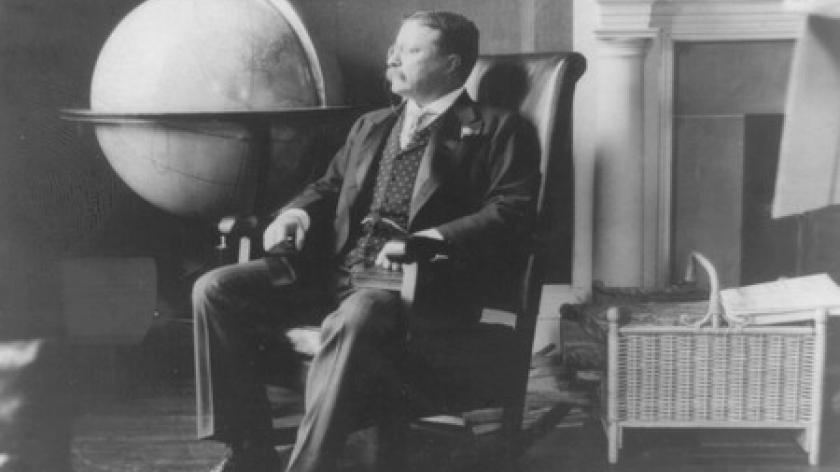 This book is the latest in a series by the author, Axel Axelrod, an historian who makes bold attempts to use historical figures to illustrate lessons for modern business leaders.

The structure of the book is clever. You receive a potted history of the individual’s life, followed by a series of chapters in which several learning themes are explored, backed up by lots of anecdotes and examples. In the case of Roosevelt (this is Theodore, who was president at the start of the 20th century, rather than his cousin Franklin, who was president during the Second World War), you read the potted history and cannot help going ‘wow’. How did he do all that? Roosevelt became president by accident following the assassination of his predecessor, McKinley, and proceeded to change the US in all sorts of ways, some good, some more questionable. He was a risk-taker who constantly referred to risk as a positive factor in decision-making, looking at the opportunities rather than the pitfalls. ‘There is no reward without risk’ was his constant message. And he was also an early exponent of the ‘management by walking around’ theory, rejecting organisation charts and talking to people at all levels. In fact, he reformed the New York police force in the early phases of his career by walking the streets of the City, gaining the respect of the lower levels and obtaining the necessary knowledge and determination to pull down the established bureaucracy. Reviewer’s rating The aim of this review is not to provide a history lesson, but to answer the question, ‘does the history and business lesson combination work in this type of book?’ The answer, in my opinion, is that yes, it works to a certain extent for those interested in both areas. It is a relatively painless way of improving your knowledge of history, while also developing your thinking about successful leadership in business. I think, however, that the reader requires an enquiring mind when translating some of the lessons into today’s business world because some seem to be rather contrived and simplistic. Although I liked the structure of the book, which is divided into seven chapters, each going into an aspect of Roosevelt’s life, I would have preferred the lessons to be more nuanced and less didactic. By the end of the book, we had reached lesson number 136 and the text and tone resembled one of those tiresome US books on personal self-improvement. I would also like to have seen more caveats on the possible applications of the lessons within business, and the lack of these gave the impression that the author is more of an historian than a business guru. Yet there were also some clear parallels that convinced me of the relevance of some of the points made to modern leadership. As I read through the chapters, I began to wonder where I had heard these messages before and it came to me towards the end - the book is quite similar in style and content to ‘In Search of Excellence’, the all-time best-selling management book of the 1970s by Peters and Waterman. Their approach was to look at how successful business organisations behave, while Axelrod’s books explore how successful historical figures behaved, albeit in a different time period and context. But the outcome is very similar. Your thoughts are stimulated and you can learn more about the world, but there is no automatic insight into the secrets of success in modern business - although I guess that applies to any management book. In Search of Excellence went out of favour because many of the featured companies fell from grace and were only successful for a limited period. At least the reputations of Roosevelt, Churchill, Ghandi et al have stood the test of time.