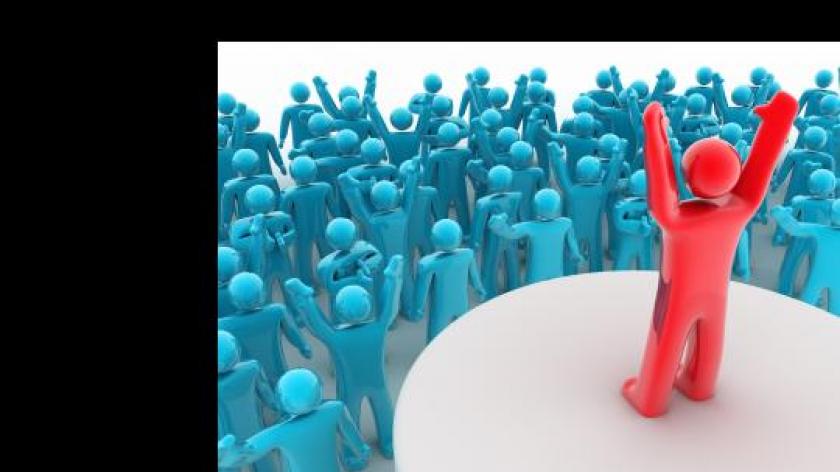 Blog: What we can learn from Hitler's dark charisma

It has been a tough week in the media for charisma.Last Monday night historical writer and documentary maker Laurence Rees’ new 3 part series The Dark Charisma of Adolf Hitler started on BBC 2. This series, about an awkward, dysfunctional man who developed “a level of charismatic attraction almost without parallel in history”, is unlikely to be sending out too many subconscious messages that charisma is a good thing!Equally, last Thursday The Harvard Business Review published ‘The Dark Side of Charisma’, an interesting blog from Dr Tomas Chamorro-Premuzic , international authority in personality profiling and psychometric testing. In his blog Dr Premuzic argues that, amongst other things, charisma disguises psychopaths, distracts and destructs, and is responsible for ‘downgrading leadership to just another form of entertainment’. Whilst I have to admit that I disagree with much of Dr Premuzic’s article, it is well written, and certainly mirrors the distrust that much of the business community still seems to have about charismatic leaders, and about developing this attribute as part of their organisation’s leadership programme. Returning then this week on Laurence Rees documentary, London’s Metro newspaper was one of the first to voice concern about the BBC2 documentary’s title, observing that charisma seems too benign a word for pure evil, and asks is ‘charisma ‘ the best way to describe the power Hitler held over the German people? Uncomfortable as it may be, my answer to the question is yes. Adolf Hitler was without question an extraordinarily charismatic man. Certainly in terms of his rise to power, his personal charisma was one of the most effective tools that he used to tap into the collective psyche of the German people. My question to the business community then is this; Just because there will always be individuals who will use their charismatic presence inappropriately, is that a good reason not to develop the charisma of your leadership team? Extraordinary skill As with any other advanced communication skill, charisma can be used for good, or for evil – and that distinction will always be about individual intention. We define charisma as “an authentic power that captivates the hearts and minds of others.” Charisma builds personal impact, ability to inspire, engage and create followship. It is a powerful leadership tool and with it comes a mantle of responsibility. There are 5 internal attributes that determine a person’s charismatic presence:

Watching The Dark Charisma Of Adolf Hitler last week nobody could deny that that Adolf Hitler had an extraordinary skill as a public speaker. In terms of The Charisma Model he would certainly have scored highly with regard to energy, and driving force. In a recent interview about the programme Rees explains that people felt an emotional connection with their Fuehrer, and that he in turn knew precisely how to connect with their emotions to give (at least) the illusion of a high level of sensory awareness. In the economic crisis following The Wall Street Crash of 1921, and with unemployment at 30% Hitler knew exactly how to play to the shattered self–esteem of a Germany that felt downtrodden and humbled following World War 1. Above all else Adolf Hitler offered the German People trapped in a survival mindset a compelling vision of growth, prosperity and empowerment. He told millions of Germans what they were pre-disposed to hear - that they were racially better than everyone else. Over 80 years later, with what we now understand about Cellular Biology and Epigenetics, it is easy to see how it was the power of this vision – from survival to growth - which captivated the hearts and minds of the German people. Going too far At a cellular level we have just two operating mechanisms, we are either in survival mode, or we are in growth mode. In survival mode, when we feel worried, anxious or in fear, our bodies stimulate stress hormones causing the cells in our bodies to close down. In a growth mindset – an environment of hope, excitement and recognition – our emotional state produces very different ‘feel good’ hormones, sending our cells the signal that it’s now safe to grow, re-energise and repair. Individually I am sure we can all get in touch with times in our lives when we have been in each of these mindsets, and we can recognise how very different they feel. Imagine then if you were to multiply this shift in attitude by several million people, and I guess you can begin to understand how the circumstances of the times conspired to create this terrible bond between the leader and the led. History shows us that Adolf Hitler rose to power in no small part by optimising his own charismatic presence, and offering his followers a compelling vision of growth and prosperity. History will also show that once the ordinary German people began to recognise the true horrific nature of that vision, Hitler was fully prepared to create fear amongst his own followers to maintain power and control. The power that Hitler held over the German people was charisma, exercised with pure evil intent. It is my belief that by developing our charismatic presence we increase our personal power, our ability to influence people and situations, and get things done. When we allow charismatic leaders to go too far is that really the fault of charisma, is it the fault of the Government - or in Business, The Board of Directors - for giving individuals too much power, allowing them to go unchallenged, and not putting proper control mechanisms in place? For leadership to be charismatic it has to be authentic. If it’s not authentic then it is indeed something else ….. and sometimes as Dr. Premuzic quite rightly argues, that can be something very dark indeed. “Unlimited power is apt to corrupt the minds of those who possess it.” William Pitt The Elder, Prime Minister - 1770.   Nikki Owen is a charisma expert with An Audience with Charisma.

It may seem trite to compare atrocities to henchmen in business, but Viktor Frankl's excellent book taught us that suffering is an absolute - regardless of scale. The obedience of the camp guards, often willingly complicit has been of interest to me as an HR department removed me from my job following a whistle-blow alleging criminal corruption (in one of the world's top50 companies). Is integrity an undesirable skill for a minion? Does the lack of professional associations  - stemming from scarcity of formal accreditations within HR reduce the power of an individual to take a stance? A sequel article in the making....... Geoff