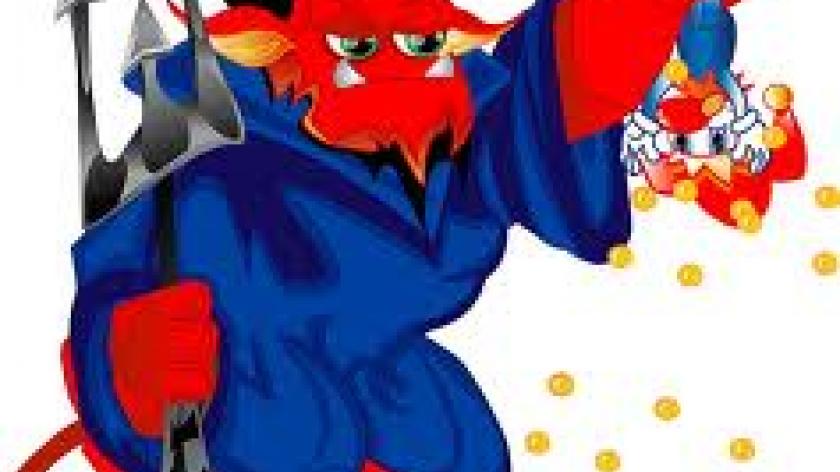 Blog: Should we name and shame bad managers?

Recognise This! – We publicly praise the stars. Should we publicly highlight the truly poor performers as well?

Regular readers know I’m a very strong proponent of frequent and public (when appropriate and preferred) recognition of star performers as well as employees who live the values day in and day out, making it possible for the stars to shine.  However, I don’t often write about the ones at the left side of the bell curve – those who are consistently poor performers. Should we publicly “out” them and their poor behaviour as well? To be clear, I’m not talking about a usually steady employee who’s having an off day, or even an off month, but those truly abysmal employees that – for whatever reason – are still holding on to their jobs.  Research published last month showed that employees who work for the worst bosses have an engagement level in the single digits, whereas those who work for the best bosses show up in the 90+% engagement range. The research authors reiterated this strongly by saying:  “Bad Bosses Negate Other Investments: As [Jim] Clifton [CEO of Gallup] points out, none of the other expensive programmes a company institutes to increase employee engagement — excellent rewards, well-thought-out career paths, stimulating work environments, EAP programmes, health insurance, and other perks — will make much difference to the people stuck with bad bosses.”  So what should we do with these bad bosses? Remove them from the organisation? Sure, but what’s to stop them from then inflicting their poor management skills on others in a new role? In the case of HR managers specifically, the CIPD (a UK organisation a bit like SHRM for my US readers) will now publicise the names of HR managers who are ruled against in disciplinary hearings. As this article in Personnel Today reported:  “Whilst not all HR professionals who are ruled against under the new disciplinary system will have their names published, if the panel decides it is in the public interest for the names to be in the public domain it will publicise them, alongside the details of the case, on its website.”  What do you think? Is this fair and appropriate or going too far? Could someone who made a poor decision in a high pressure situation be potentially punished throughout their career for that decision? I can see the arguments on both sides and am very curious in what you think. Please join in a discussion in comments.  Derek Irvine is senior vice president of global strategy at Globoforce.   We welcome any and all contributions from the community, so please feel free to share your views and opinions with us, your colleagues and peers via our blogs section.

This emphasises the importance of effective leadership development and instilling the right values throughout organisations. The level of engagement of employees has a direct effect on their performance. However, it is essential that employees are managed by high quality leaders who are able to relay the messages and requirements from higher up but also drive results.

Surely if a manager continues to fail and isn't having an off day it's a failure of their own manager and organisation too, not just that individual alone. So simply naming and shaming that failing manager isn't an accurate reflection of the situation.

As a knee-jerk reaction, we all want to see the baddies exposed, particularly if they've made life [***] for an employee. But what good would this do for the manager themselves, the organisation they work for and their future attitude to work and management?

The manager whose had their name added to the wall of shame can ignore it, blame others for the circumstances of their failure and carry on in the same vein, they can leave their job and never re-surface as managers, or they can take this as a message to get trained, improve their skills and make a fresh start. A list of offenders will never tell us which route they took.

I have many middle-manager clients who know they've made bad decisions in the past, and maybe got away with it, but they are part of the UK's huge band of "reluctant" managers; promoted for their ambition but untrained and completely unprepared for the role. Trying their best, often under huge pressure, we can't really blame them when things start to go wrong.

As an alternative to naming and shaming, why don't we follow the lead of other offender management, and put these managers through "rehabilitation" - some excellent management training that reverses bad habits and makes gives the manager an opportunity to excel? They can still remove themselves from management if they decide it's not for them, but at least we've given them a fighting chance to improve.

Most of the management style have enough trouble keeping your wits about you just trying to figure out what is going on, what your tasks and responsibilities are, in other words just surviving. Managing others takes specific facets of character, presentation and experience to do well. Sometimes, however, it is instructive simply knowing what not to do. Here are a few of the most common blunders supervisors make, wringing every drop of malaise and misery from what should be a lively, collaborative office as well as some recommendations for making things right. More at Common mistakes managers make.