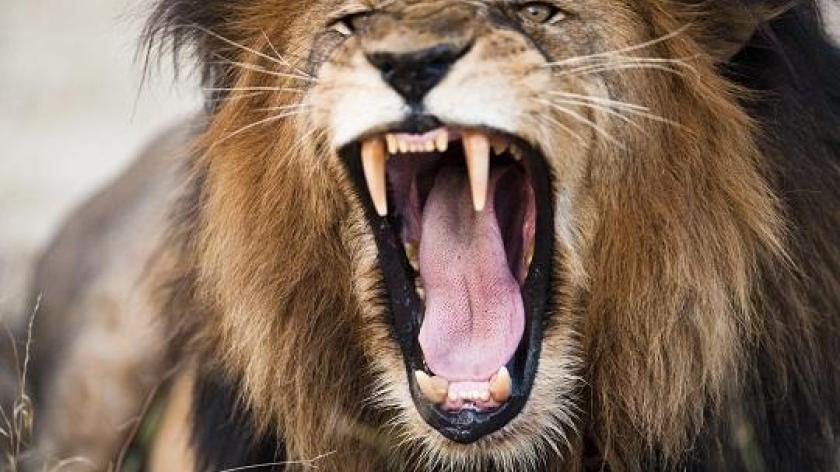 Are you in cat or lion mode? Using neuroscience and physiology to manage your performance

Zlatan Ibrahimovic, the Swedish football captain used the terminology above, to describe how Jose Mourinho made him feel when he worked with him at Inter Milan. - "He turned me from a cat into a lion, dragged things out of me at Inter that no one had done before".

Why am I writing about a bad boy footballer in an HR article? Well because it really struck me that this description matched very well how we feel when we are at the top of our game - when we are performing really well. Some people call it being in Flow. It is about both a physiology and mental attitude that science is discovering has a chemical base that can be traced in the body. But there is another side to this state. The science seems to be suggesting that there is a tipping point, that when you hit it you may slide from Cat to Lion to Kitten. It also suggests you can manage that slide, or pull yourself out of ‘Kitten mode’ if you understand the signs.

Here is what the science tells us and some signs to watch out for which ever mode you are in.

When you are winning, in Lion mode, when everything is going well and you feel you are unstoppable, what is causing that euphoric feeling?

Ian Robertson in The Winner Effect: The Science of Success and How to Use It covers the neuroscience and particularly the neurochemical make up of winners. The 'winner effect' is a term used in science to describe how an animal that has won a fight against weaker opponents is much more likely to win later fights against stronger contenders. Robertson believes this applies to humans, too.

John Coates, in The Hour Between Dog and Wolf: Risk Taking, Gut Feelings and the Biology of Boom and Bust, has done similar research on how chemistry affects financial trading.

Coates describes the role of neurochemicals in driving success and failure. The two chemicals he focuses on are testosterone, which Coates calls “the hormone of economic bubbles,” and cortisol, “the hormone of economic busts.” In traders as in athletes, CEOs and, yes, HR professionals, when faced with a challenge, especially a competitive contest, experience a sharp rise in testosterone. Coates took samples over eight consecutive business days, from 17 male traders to measure the levels of testosterone during trading.

Testosterone gets released into the body at points of competition, risk-taking and victory. At least in men; there is evidence of testosterone rising in women also, however the triggers seem to be social and risk-taking rather than competition and risk-taking. Testosterone’s role is to prime animals, including people, for a fight or to protect themselves and their territory. It increases haemoglobin so the blood can carry more oxygen and enhance muscle functioning. Two other chemicals are also released, adrenalin which speeds up reactions and delivers more glucose, and cortisol, commonly known as the stress chemical, which stimulates dopamine, activating the bodies pleasure pathways. This is a combination that gives a narcotic effect that can be addictive in a risky job. These chemicals transform the mode to Lion, confident, risk taking and somewhat detached from reality. In HR terms it would be something like getting your new compensation strategy agreed unanimously, challenging the CEO and winning, knowing your analysis of the top team succession is agreed by the board and being named HRD of the year!  However like animals when this happens over an extended period of time it starts to pass the optimal level and begins to impair performance usually through over-confidence. Do you recognise this feeling? It is characterised by risk-taking, an over confident and often loud voice; you are also likely to be standing taller, giving a bit of a swagger and generally detachment from reality and how others view you.

So how do you come down? Cortisol is the hormone that can exacerbate problems in uncertain times according to Coates. It is a hormone that is released when under stress. In small doses it has a positive impact on the body, but in large doses over extended periods of time it leads to all sorts of nasty bodily ailments including hypertension, depression and anxiety. Coates studied the correlation between cortisol levels and the levels of uncertainty in financial markets. He found that the higher the variance in trading results, the higher the cortisol levels. Cortisol spikes during downturns; traders, business people and HR professionals with sustained high levels of cortisol become more risk-averse and timid and ultimately less competitive. So be careful when you are in extended stressful situations like defending your policies, fighting legal cases or trying to hold an unmotivated team together you may be susceptible to this effect. You may slide into kitten mode.

Coates says when traders make huge losses, there is a transformation in personality, one that provided Coates with the title of his book - he calls it the “hour between dog and wolf”, a phrase apparently popular in medieval times to denote the period of confusion and potential metamorphosis around dusk. The cowed trader, or HR person, becomes apathetic and, for a while at least, excessively risk-averse. Coates says he collected data which supports this theory. He calls cortisol the ‘molecule of irrational pessimism’.

This research seems to support the view that that risk-taking in humans is a physiological and not just a cognitive activity.

Does this apply to HR?

What Coates is describing is a male-dominated world, and predominately a young male world. The make-up of HR may create a different dynamic, after all we don’t see lots of bragging and boasting in HR.

Coates has theorised that if excessive risk-taking and over confidence is caused by a testosterone feedback loop in young men, you could stabilise the financial markets by having more women and older men working in trading, since they have a "very different biology with less testosterone," which could make them less prone to the winner effect. He noted that although women had the same levels of stress hormones, these were generally triggered by social stress rather than competitive stress, making them more resilient in the face of adverse markets. But also, arguably, as prone in a social role like HR.

Understanding the effects of human biology on the markets and professions should profoundly change how we manage people. Coates thinks we could look to sports scientists for guidance, for they are the ones with the most skill at managing biology in the interests of performance; they know how to develop resilience to over exuberance, fatigue and stress.

What can you do?

Whilst I think this research is useful for HR directors to take note of and monitor the mode their team is in, I think it is also useful in monitoring personal performance. How do you take note of which mode you are in; is it the right mode for what you are trying to achieve and importantly how do you avoid zigzagging  from one model to the other uncontrollably? One thought is that “know thyself” means, essentially, know your biochemistry. People differ in the level of hormone that will push them over the top so how well you can monitor your own bodily reactions is important.

Research by Amy Cuddy has shown adopting certain body postures which she calls power poses can increase testosterone and feelings of confidence. Power poses are expansive, meaning you take up more space in the room and use open gestures. Just a few minutes of doing this can cause an increase in testosterone, in both sexes. Presumably the opposite is also true and adopting a more contained body posture will reduce testosterone. When things are going really well you might want to tone down the body posture. You can watch her excellent video on her research here.

So the message is if you feel overconfident, think small, under confident power pose. Oh and in case you are saying this isn’t authentic, the feeling, if practiced enough, changes the perceptions of others and they see you as authentically confident - so keep at it!

And collectively if enough people keep this up and enough of us do it the profession can reverse its tendency to be too low risk and high on self-doubt and become more like winners.