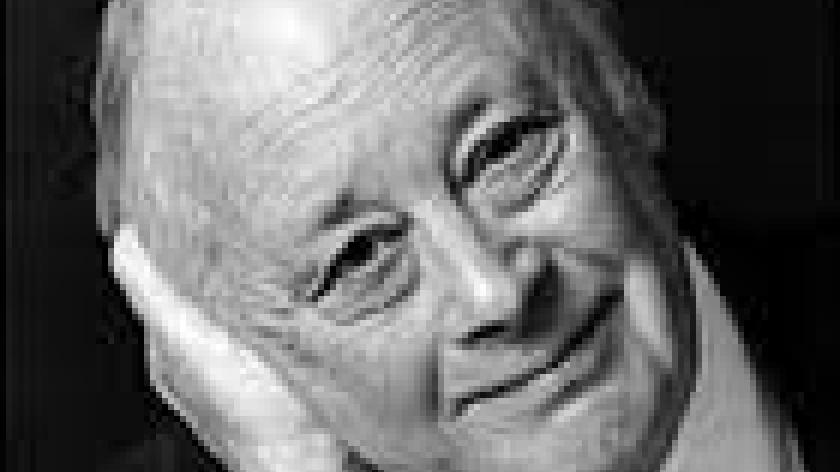 Charles Handy, an author and philosopher who specialises in organisational behaviour and management, is described as a storyteller.

4. Happiness: Can it be a goal for life?

“One of the words Thomas Jefferson, who was a Latin scholar and studied Aristotle, was keen on was the word ‘Eudaimonia’, translated as happiness or sometimes translated as wellbeing. It’s the only thing in life pursued in its own end. To become successful in the hope it brings you happiness. “What did Aristotle mean? He meant fulfilment, but I translate it as doing the best with what your best at. This is when you totally feel fulfilled. Philosophers never really provide an answer. What’s the definition of a good life? My life in many ways is in search of the pursuit of happiness. It’s why you must continuously experiment. "When you have done, you are not done. The search for fulfilment is an endless journey until you die because you constantly have to move up a notch or two. It’s a search for what you're best at. Who do you think you are? We are all acting out one or more aspects of our lives. What’s the most critical part of us? "You have at least three roles. Which part of you is on the road to happiness? Stories are triggered by pictures. If you can work out what enough is in terms of money or success, you can get a lot of personal satisfaction." So how is Charles Handy’s pursuing his own happiness? On his desk he keeps a white stone. “In the ‘Book of Revelations’, a particular verse struck me. 'He that hath an ear, let him hear what the Spirit saith unto the churches; To him that overcometh will I give to eat of the hidden manna, and will give him a white stone, and in the stone a new name written, which no man knoweth, saving he that receiveth it.' Revelation 2:17.” “If I live up to my potential, I will earn my name on a white stone. I keep a white stone on my desk as my symbol, in my search for happiness. Before I die I want to have my name written on a white stone.”

This article was written and first published by Natalie Cooper, editor of our partner, online jobs board, Changeboard.

I really love this article and absolutely believe it. I have tried, mostly successfully, to live my life and my career by many of the principles discussed in this article and so everything Charles Handy says resonated with what I have been trying to do in my life for the past 12 years.

Thank you for sharing it.

Charles is indeed a great guy - I met him most recently in St Barnabas in Soho.