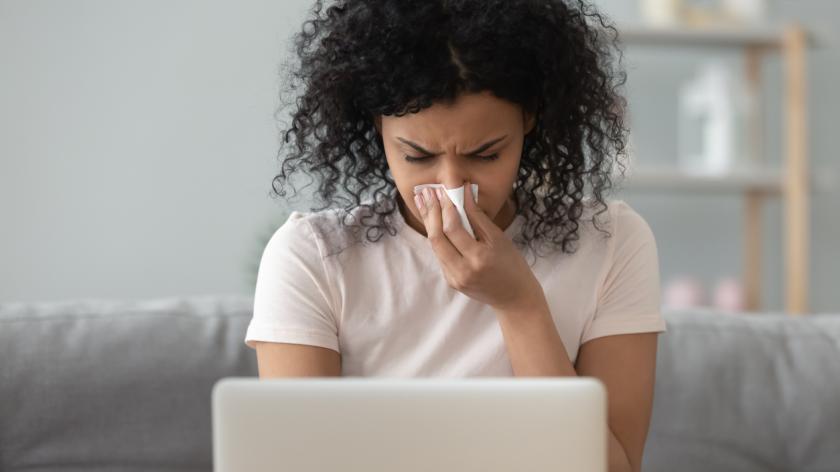 Why are we still talking about sick pay?

The lack of adequate sick pay is having a detrimental impact on our workplaces - have we learned nothing from the global pandemic?

The global Coronavirus pandemic put the treatment of employees squarely in the spotlight and consequently, the positive force for good employers can be in the world. For more than two decades I’ve worked in the pay, benefits and reward space and I have never seen such enthusiasm and commitment to employee wellbeing. But given the context of Covid-19, some of the very basic ways we should support our people at work are missing.

A focus on wellbeing

Despite us having some of the most advanced and progressive private sector employee benefit schemes in the world, the UK has the lowest levels of statutory sick pay of all the OECD countries. In the same week that I discovered this fact, I was told by a legal and HR advisor that companies they work with don’t want to offer sick pay because “staff will abuse it”.

The exact same day, a friend of mine was forcing themselves to go to work because they couldn’t afford not to, and sick pay wasn’t offered. It was a stark reminder that we still have so much more to do in the workplace. To bring the real situation to life, an employee (who wishes to remain anonymous) has provided me their experiences of having no or inadequate sick pay, which I share through quotes in this article.

There is a big problem in the UK

According to the ONS, nearly seven million UK workers don’t qualify for Statutory Sick Pay (SSP) of just £96 a week (which the TUC sees as being “woefully inadequate”). The way it is structured also means someone on SSP will normally receive no payment for the first three days.

While this pay is low by international standards, it was also clear that the lack of access to sick pay undermined our attempts to control Covid-19. There is evidence that levels of compliance with the UK’s instructions to self-isolate were hampered by the lack of decent sick pay.

“I can’t afford to get ill… I can’t take the risk to go out and do the things I want to in case I catch the virus… I have to decide for every train journey, every activity if it is worth possibly losing a week of income which will literally endanger the roof over my head. It’s too big a risk to take. This will be a very long winter - Anonymous

But aside from the impact on the pandemic, I believe lack of sick pay and lack of adequate sick pay are having a much wider regular impact on our workplaces - and our society. Because of the way we fetishise work, stigmatise ill health and don’t support those people who do fall ill, British workers don’t tend to call in sick. Before the pandemic, the UK employee averaged only six sick days per year.

By 2021, the CIPD were finding out that a massive 70 per cent of employees said they were using their own annual leave for sickness. This mirrors other recent research suggesting the number of employees working while ill could be as much as a third. We have created workplaces that are giving ill employees no other option but to come to work and we did that at a time when by doing so, lives were being put at risk.

The pressure to go to work while ill is having significant negative consequences on workplaces including lower work performance and lower organisational commitment. But it’s also harming employee wellbeing – the number one thing HR and Reward teams say is a priority. We have evidence that if an employee worked while ill in the last three months, their wellbeing was reduced. Working while sick increases an employee’s chance of developing depression.

“On Sunday, I was too ill to be able to stand while waiting for the kettle to boil. I put in a vacation request for Monday in the hope to recover enough to be able to work by Tuesday. I’m now expecting uncomfortable conversations about the vacation day as we are meant to book them well in advance so they can be approved. But it is my only chance to not lose income” - Anonymous

Working while sick has been shown to be a significant risk factor for future wellbeing including cardiovascular disease and mental health. In US states where paid sick leave has been mandated, in the first year of implementation, there were large and significant positive effects on overall public health.

The authors of one study likened sick pay to “raising the floor” initiatives like minimum ages and paid parental leave. Something of particular interest to organisations with a commitment to Ethical, Social and Governance issues or the United Nations 17 Sustainability Goals.

Insecure, marginalised, and vulnerable workers are at risk

Research by Dr Christopher Rauh at the University of Cambridge found that those employees in poorer and less stable occupations are likely to have much less access to employer provided sick pay. It is estimated that two thirds of insecure workers (those who don’t have guaranteed regular hours or income) received no pay when they are off sick. In comparison, just seven per cent of secure workers received no pay when off sick.

Just as the pandemic highlighted some of the inequalities that exist at work, it also brought to the surface the inequalities that exist when an employee falls ill too. The data tells us that women are more likely to receive SSP than men. Men are also more likely than women to receive their full pay while off sick. Young workers, black and ethnic minority workers and low paid workers are all less likely to receive full sick pay.

Interestingly, those working from home are also far more likely to receive full sick pay than those who don’t. Which begins to highlight the impact a new hybrid working world might have on those who fall ill.

“When my situation improves, I hope I can save up a financial buffer in case anything bad happens. It is draining to always be a few weeks or a few sick days away from losing everything I worked so hard to build” - Anonymous

According to analysis of the data, among those most likely to be exclude from sick pay protection include cleaners, retail workers, teaching assistants and care workers. At the start of a global health pandemic, these are the workers we declared to be ‘key’ to our society and widespread re-appreciation ensued. If these really are key to keeping our communities thriving and moving, isn’t it time we used the lessons of the pandemic to create a better experience for them?

A new working world needs a new way of thinking

While the world prepares for ‘the great resignation’ and industries like hospitality struggle to recruit the staff they need, it’s time for some new thinking. For example, a study of restaurant industry practices found that including paid sick leave can reduce turnover by as much as 50 per cent. Paid sick leave has been shown to increase productivity, grow businesses, increase employee engagement and improve employee wellbeing.

As we’ve seen, sick pay has far-reaching ramifications. It reduces inequality, it supports the most vulnerable in society, it improves our communities, and it enhances employee wellbeing. This pushes sick pay out of HR and reward policy and into organisational success. Sick pay isn’t a HR issue, is a social one and sick pay isn’t a HR problem if getting it right benefits the whole organisation.

Just a few years prior to the Covid19 pandemic, providing paid sick leave to employees was found to save employers between $0.63 and $1.88 billion in reduced influenza like absenteeism, leading the researchers to conclude that paid sick leave is “an investment rather than as a cost”. Two years later, we really saw the impact of that, and I can’t help but wonder how things might have been different if more had read this research before 2020.

Interested in this topic? Read The long tail of Long Covid: Managing the impact of long-term sickness.

Gethin is a psychologist who has been helping some of the world’s largest organisations to improve their employee experience and wellbeing for almost two decades. The last 9 years have been spent working as part of the senior leadership team at Benefex.

As a frequent writer and speaker on employee experience and employee...