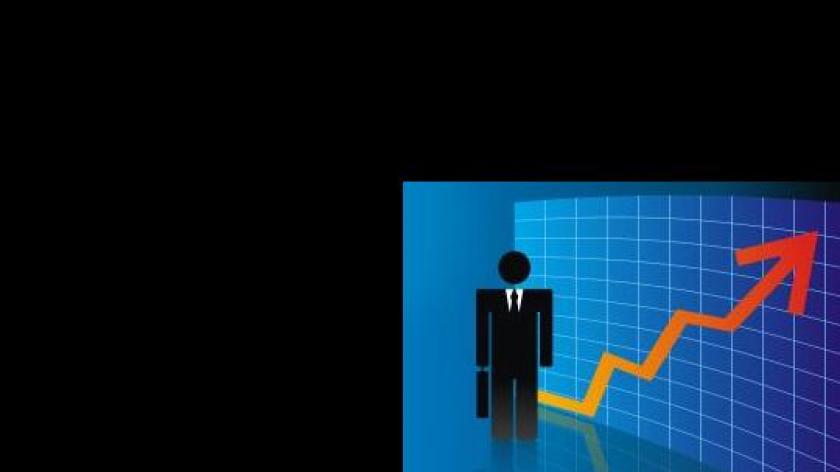 What is the cost of employee under-performance?

What's an employee worth? Can we measure it? Dr Nikos Bozionelos explains how to assess performance and what methods to implement to ensure employers recruit 'high performers'.  Managers need to know both the price and the value of their employees. In fact given the huge financial losses or gains that depend upon employee performance, they can't afford not to know. So what monetary value does an employee need to add so that the organisation is not losing money by employing him or her? The obvious answer appears to be that an employee needs to produce as much as he or she costs in income and benefits. But pay is only one of the many costs that an organisation has to meet. Other costs include equipment, telecommunications, utilities, transport, real estate, etc. So no organisation whose employees produce, on average, monetary value that equals their gross salaries would be able to survive for long, let alone be profitable. As a general rule, therefore, an employee needs to generate double their gross salary in income to make their employment profitable – although this can vary greatly across types of businesses. But what about comparing the cost of employing individuals who under-perform against the value of those who perform well?

Extensive scientific research has shown that the monetary difference for the employer between an employee who has average performance and an employee who has good (but not outstanding) performance equals one half of their gross salary. So the value added by a good performer compared to an average performer is half the amount that the employer is paying them. The difference for the employer between an employee who has poor (but not outrageously bad) performance and an employee who has good performance equals their gross salary. And at the extremes, the difference between an employee in the top 5% and one in the bottom 5% equals twice their annual salary. Remember, though, that these are averages developed with reference to traditional industries and occupations. In areas where skill levels and margins are high, such as e-businesses, these multipliers can reach five or even ten. However menial the job, these differences can translate into significant amounts. To illustrate, years ago, researchers in the USA had estimated that the average annual difference between a good and a poor cleaner is US$ 5,800 (approx. £3,500). This is a respectable amount. And in case it does not appear impressive, losses or gains can be huge if the number of cleaners employed is large. As levels of skill and accountability increase, the numbers these multiples represent become very significant indeed. For example, the annual difference between a good (but not outstanding) and a poor (but not outrageously bad) senior manager whose annual salary is £100,000 ranges from a minimum of £100,000 to a maximum of £1m. So at senior levels, we are in the realms where the difference in skill and performance can mean the difference between success and failure for the entire organisation – which is why the selection of individuals for senior positions is so critical. So how do we assess performance - and how can we be sure that the people we are hiring are 'high performing'?  Questions of performance can be broken down into task performance (how good someone is at their job) and contextual performance (do they go the extra mile? Do they say ‘yes’ to additional duties to help the team out, and so on). A supervisor’s judgement has been shown to be a good indicator of actual workplace performance. But it is very poor at the recruitment and selection stage. Here, all manner of irrelevant factors may unconsciously be taken into account. Things like what someone is wearing, how tall and how good-looking they are have been shown to have a big influence on hiring decisions, but absolutely no impact on performance.

In the hiring, and especially in the selection, stage we have methods that can offer decisive help in ensuring that potentially good performers will enter the organisation. Such methods include objective accomplishments (such as educational achievements, which are a good indicator of intelligence and industriousness), psychometric tests (that include personality and intelligence tests), work samples (which require job candidates to perform a representative sample of the job), and structured interviews (that is interviews whose questions are developed on the basis of the duties that the position requires, and have clear indications of correct and incorrect responses). When these methods are properly and objectively utilized the likelihood to hire high performers increases dramatically. A key point also appears to be objectivity when hiring, that is effort to adhere to objective information and judgement rather than subjective views that may be based on speculation or emotion (for example, personal liking for a particular candidate or friendship). Of course, hiring is only the start of the challenge. Motivating and managing people has a huge impact on performance – particularly contextual performance. So hiring and employing people are functions that need to be treated for what they are: major investment decisions that have a great bearing on whether or not the business succeeds.

After hiring, the next important step in the achievement of organisational goals is the management of performance. Performance management should be based on systematic utilisation of performance reviews accompanied by goal setting. Performance reviews are oriented towards the future. They consider what has been achieved, but their major function is to set goals for the future, and identify what the employee needs in terms of training, development and equipment in order to meet these goals. Extensive research has shown that goals must be challenging or even 'stretching'. If properly set and agreed, along with development plans and relevant rewarding, 'stretch goals' have been shown to dramatically enhance performance and satisfaction. Many organisations that function in highly competitive environments make systematic utilization (in some sense they are 'built on') challenging or 'stretch' goals, such as General Electric, Goldman Sachs and Microsoft. As a dramatic illustration, Continental Airlines managed in the 1990s to turn themselves around from the bottom to the top of the airline industry in just five years using simple goal-setting techniques. These are illustrious examples, but in fact it is very difficult to imagine any organisation (including governmental and public bodies) that is successful and does not make use of goal-setting in one way or another. To summarize, performance review when accompanied by goal-setting constitutes a very effective performance management tool. Something that must not be under-estimated is the importance of rewards for goal accomplishment, and of 'punishments' (however this is a term that we do not like to use) for consistently inferior performance. Continental Airlines utilized goal-setting in clear conjunction with monetary rewards for various degrees of goal achievement. There are well-known companies that have had a policy of laying-off their lowest performing employees every year. This may be an extreme measure, but it is a fact that consistently low performance should not be tolerated (one of the many problems it creates is that it sets 'examples and precedents'). The best way to deal with low performers is to work with them and establish plans, based on goal-setting, for development and improvement. A 'chance' for improvement should be given, but if such improvement does not come termination or contract change should be a potential action (a problem in most European countries is that employment legislation may make it difficult to implement, and this is acknowledged – on the other hand organisations must not be 'afraid' of taking on consistently poor performers or employees with poor attitude).  It appears, therefore, that HR can implement methods that can dramatically increase the certainty that they hire good performers and manage them in a way that they perform at levels favourable for employers (but also to be benefit of the employees themselves). These methods require investment, decisiveness and constant reinforcement, but the rewards of their use are certainly more than worthwhile. Dr Nikos Bozionelos is Professor of Organisational Behaviour & International Human Resource Management at Durham Business School