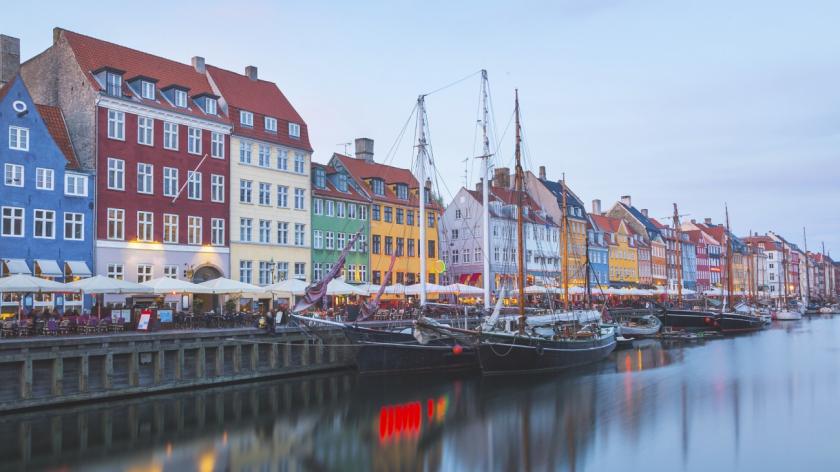 What can we learn from Denmark on happiness at work?

After years of international study, Danish workplaces continue to top polls and remain among the happiest in the world. What can we learn from their continued success?

During the UN General Assembly in 2011, Jigme Thinley, the Prime Minister of Bhutan, offered to lead a panel discussion on the theme of happiness and wellbeing, inviting member countries to study the happiness of their people and to use this to help guide public policy.

The concept was nothing new for the leaders of Bhutan, a country whose political and social framework has long been informed by a traditional Buddhist perspective on the intrinsic value of happiness.

Decades ago they brought forward the idea of 'Gross National Happiness' (GNH), a measure intended to offer an alternative to the Gross Domestic Product that was shaping policy in the rest of the world.

Their proposal at the General Assembly couldn't have come at a better time, with research in the West increasingly pointing towards the importance of happiness as a measure of social progress. Soon after, the UN World Happiness Report was born, with the first issue published in 2012. In the years since, happiness has entered the public and political discourse as never before.

The report was designed to measure subjectivewellbeing, collecting data from across the world and using it to create a score for each country participating in the study. Sitting high atop the rankings, Denmark emerged as among the happiest countries in the world, a position confirmed in each World Happiness Report released since.

For many in the business community this news must have come as no surprise. Smaller-scale studies and polls had previously shown Denmark to offer the best work-life balance in the world, the most engaged employees, and the highest reported happiness in the workplace.

Denmark, along with other high-scoring Scandinavian countries, has become a focal point in the study of wellbeing – what makes a society or workplace fair, successful, and happy.

Such remarkable results in many different areas – results which have weathered changes in technology, globalisation, and a financial crisis – raise an important question for all those interested in the creation of successful workplaces: what makes the Danish approach so effective, and their employees so comparatively happy? Here are four key aspects which may help explain this culture of positivity:

Unlike the UK, where overwork is celebrated as a sign of commitment and ambition, Danish workers are far more likely to leave at reasonable hours, and leave their work behind them. In fact, at 33 hours a week, the average Danish work-week is tied for first place with Norway as the shortest in the world.

Paid leave and holidays are generous, and employees are entitled to a full year of parental leave in many cases. Denmark and other Scandinavian countries have led the way in terms of flextime, with roughly one in four employees able to choose their working hours, allowing for more freedom outside the workplace.

The famous Danish work-life balance has been suggested as a major factor in the high self-reported happiness. When polled by the OECD in 2013, Danish workers had just over 16 hours of leisure time per day, almost one-and-a-half hours more to themselves than the average.

"Previously we thought work was hell and leisure was great. That is just silly. Work can – and should be – a source of happiness. If workplaces are designed right.” John Helliwell, Professor of Economics, University of British Columbia

Danish work culture is governed by a concept referred to as 'flexicurity', which allows employers more freedom to hire and fire staff to accommodate for times of expansion and downturn, while covering all employees with up to two years of government-paid benefits at as much as 90% of the original salary. Danish citizens both in and out of work have access to an unusual amount of support and professional training, and most higher-education in Demark is free, including universities, business and medical schools.

These policies provide a flexibility which allows companies to adapt to change more readily and offers a safety net for workers, students and the unemployed to make changes in jobs or vocations without fearing the kind of financial consequences that often lead to ‘job-lock’ and dissatisfaction in other countries. As a result the Danish labor market is exceptionally mobile, with on average 25-35% of the workforce changing jobs each year.

"Satisfaction is shown to be strongly correlated with not only pay at work, but also measures of job security, autonomy, workplace trust, independence and so on.” World Happiness Report 2012.

At roughly 55% in 2014, Danish citizens face among the highest personal tax rates in the world. Considering the socially progressive policies and happiness statistics this may seem surprising, but it’s indicative of a very Danish attitude to the distribution of wealth and the importance of a supportive and inclusive state.

With both high taxation and high social-spending, and an exceptionally healthy voter-turnout and participation in politics, it paints a picture of society with an unusual sense of trust and involvement in the running of the country. In fact when ranked by the World Values Survey in 2009, Denmark proved to be among the most trusting countries in the world, and in a separate study the least corrupt of all countries measured.

Denmark has long been known for its world-leading equality in the workplace. In 2014 Denmark was ranked as the fifth-most equal workforce measured by the OECD. The other four leading countries were all, perhaps unsurprisingly, Scandinavian, with the Nordic countries as a whole recognised as leading the way in the push for equal representation in the workplace.

“In Denmark, we have an extremely high level of trust. That is one of the most important causes of our happiness.” Christian Bjørnskov, Professor at the Department of Economics and Business, Aarhus University

4. The importance of happiness

In his article for fastcoexist.com, Woohoo inc.'s resident Happiness Officer Alexander Kjerulf draws attention to the Danish word arbejdsglæde, meaning ‘happiness at work’. It’s a word that exists in other Scandinavian languages but isn’t commonly found elsewhere in the world, and may be symbolic of an attitude to working life not often found in other cultures.

While happiness and wellbeing have only recently become a focus for businesses in the west, Denmark has a long history of placing emphasis on the importance of these qualities in working life. Kjerulf contrasts it with the Japanese word karōshi, or ‘death from overwork’, a phenomenon which has claimed the lives of many Japanese workers due to stress, lack of sleep and exceptionally long hours.

Denmark, it seems, has long known the value of a balanced and supportive workplace which places its employees’ health and wellbeing high on the list of priorities.

In the years since international awareness first grew about the success and happiness of Scandinavian workplaces, Denmark and its northern neighbours seem to have engendered both adulation and resentment in the face of a seemingly world-wide perception of Nordic exceptionalism.

While there’s a tendency to idealise Scandinavian cultures and ignore the problems and compromises they still face, the studies leave little room for doubt: Denmark remains a world leader in many aspects of business, lifestyle, and social policy – a country that still has much to teach us about the true value of health, wellbeing and happiness in the workplace and in our lives.

All interspersed quotes courtesy of a report curated by the Happiness Research Institute into engagement in Denmark. [PDF]