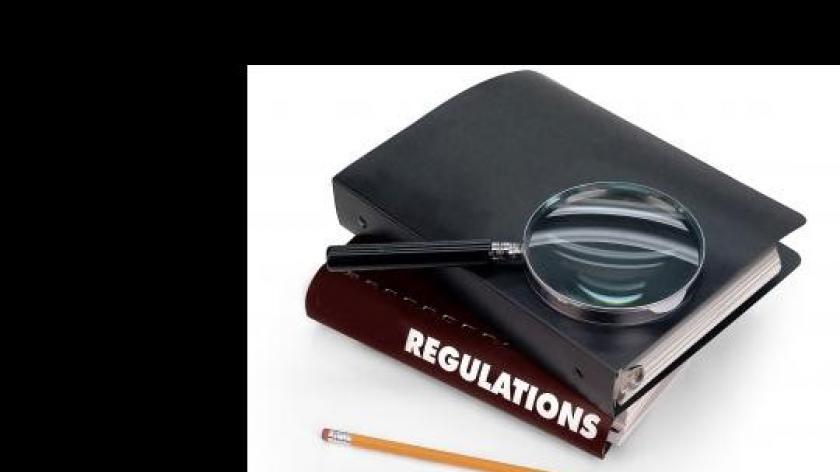 Too many rules are bad for employee relations

I saw an ad the other day stating that failure to have comprehensive written policies can leave employers vulnerable to claims at employment tribunals, which have powers to levy fines of up to £5,000 plus compensation.

The advert listed some 21 different documents that should be in place. I am not a specialist in employment legislation, and certainly no lawyer, and so cannot say how detailed these documents need to be – probably lengthy if they have to cover every eventuality. But I am concerned by a trend over the years to require too many rules, detailed policies and procedures. I believe they interfere with the effective running of an enterprise as well as harmonious relationships between the employer and the employed, which have to be practical and workable. In a very competitive world where our economy is in real trouble, flexibility and speed of reaction are essential to the survival of many businesses. Aims and values Most organisations have their own values and ways of doing things. These often come from the character and attitudes of the founder. Some are unwritten but clear from catchphrases that are passed down, sometimes through several generations of managers. Such values lead to the consistent treatment of customers, suppliers, staff and the general community who then know what to expect from the organisation. These aims and values should be clear and comprehensive without being over-complex. Some are written down, others are clear from marketing slogans and well known to the public. It is useful to start with a statement of ethics – the organisation’s code of conduct for those with whom it deals – its customers, suppliers, staff, the community. The statement should also cover the clear principles that guide behaviour towards others and be based on concepts such as dignity and fair treatment at work, health and safety, equality of opportunity and fair dealings with others. Now before you can say ‘that’s just motherhood and apple pie’, remember that very many people would like to work in an organisation that has clear values to which they can subscribe and which employs personnel who are human and considerate but still high performers.  Putting meat on the bare bones These values have to be backed by detailed rules and procedures that make for equal treatment and fairness, however. They can be grouped as:

All of these policies must also conform to ever-changing health, safety and employment law as a minimum, but above all also reflect the organisation’s values. It is easy to write down rules and procedures, but they must not become so complex that they slow down or prevent the organisation from being effective and profitable. Every policy and process must be challenged periodically so ask yourself the question is it really necessary, what are the benefits, what are the costs, is it really applied in practice or have managers closed their eyes too often and allowed ‘custom and practice’ to take over. The need for common-sense But there is also a need for common sense in this context and this is the difficult bit. Most of us will have been faced with having to get something done even if the ‘rules’ make it impossible. The quest to ensure that there can be no possibility of making a mistake may end up generating regulations that are laughable.  Most managers can, when prompted, give examples of this. Any rule that is clearly ridiculous encourages rule-breaking, which leads to sometimes infectious contempt being shown for sensible regulations. Any rule that is clearly seen to be unfair creates wilful disobedience. On similar lines, work processes that require unnecessary checking also lead to a general resentment of the rules, some of which may be necessary. It is almost impossible to foresee all the potential issues at work. Managers at all levels always have to decide what matters should be picked up on so that there is a fair balance between the rights of the individual and the organisation. Nit-picking and obsessive emphasis on detailed compliance, some of which may be very damaging to both employer and employee, can easily lead to organisational paralysis. If the basic relationship is sound and the organisation has a clear sense of purpose, however, employees, at all levels, are generally prepared to accept give-and-take. This reciprocal relationship is maintained by managerial vigilance when they notice behaviour that does not conform to what is expected and take action accordingly, usually starting with a firm but gentle reproof. Managers who show approval or disapproval early ensure they know what is going on and are far less likely to face major problems over discipline and behaviour. A workforce that is treated fairly and with respect by management is less likely to pursue ‘legal rights’ aggressively to the point where the organisation’s survival and growth is threatened.

John Pope has been a management consultant for over 40 years and runs an independent consultancy, John Pope Associates, which specialises in developing and improving the performance of managers and management teams. His book, 'Winning Consultancy Business', was published in 2009.