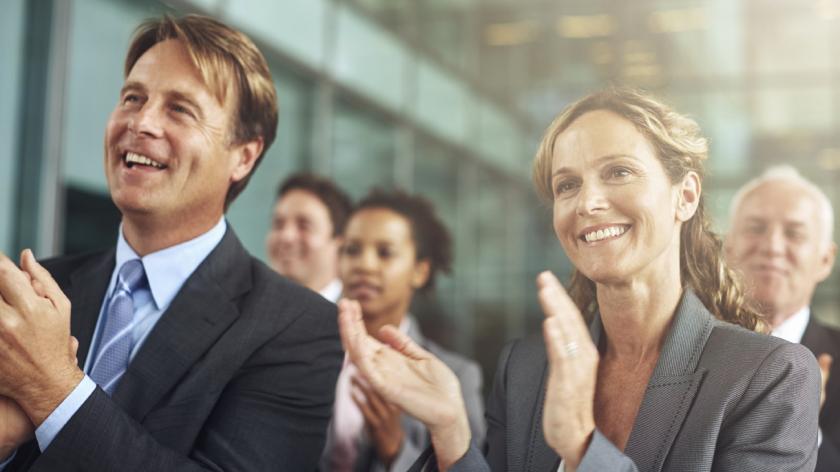 There’s nothing wrong with the concept, of course. When people find the drive to do well, to do more and to solve problems within themselves they are much more valuable to the company than those people who don’t see the point.

Did motivation ever sit comfortably with us Brits?

We tend not to talk about motivation so much these days though. For one thing, it never really sat that comfortably with us Brits. It was always a little too American, putting one in mind of characters like Tony Robbins.

I was once at a Microsoft conference in Seattle where I watched Steve Ballmer spring from one side of the stage to the other waving his arms about and working everyone from that side of the Atlantic up in to a frenzy.

The team of British facilitators, including myself, watched with anthropological curiosity but didn’t particularly want to join in.

The language has moved on...

But the language has diversified now too. We talk of engaging, empowering, even inspiring people. Motivation has become part of a more dynamic picture rather than the single greatest priority.

We want people to participate, to lead (even if they don’t have a leadership title), to innovate, to collaborate.

We want them to go beyond motivation to find meaning and purpose in their work. That’s the HR holy grail. Simply being motivated isn’t good enough now.

The logistics and mechanics of moving beyond motivation

The question is, what are the mechanics of making that happen? It was so easy in the Motivation Era.

You put on a big event, maybe with an awards ceremony attached, a sporting hero as your after dinner speaker, a bit of a disco (where the CEO and the HRD threw down some shapes and busted some moves to great embarrassment all round) while everyone complained that the money would have been better spent on sorting out the temperature in the office and not letting Barbara from Accounts go.

What worked when it was new and fresh doesn’t necessarily have the same effect today.

The Legacy of Motivation continues in an age where it no longer has the impact. I rather like a big, flamboyant conference with a free bar provided by group headquarters (who wouldn’t?) and suspect that the value of such events often surpasses the cost in terms of having people feel valued and providing an opportunity to connect with long lost colleagues (and that’s even with the bitching about budget).

But companies that rely purely on roadshows and town halls may not be motivating people in the way they think they are. What worked when it was new and fresh doesn’t necessarily have the same effect today.

If all you need to do is gee people up, a bit of rah rah might do it. For a bit. But if you need people to connect their work with their meaning and purpose it could even be counter productive.

The problem of doing what you've always done

Unfortunately many companies are in the habit of rolling out the same series of events because they used to work 10 years ago. There’s a bit of ego in it too – the CEO gets to be on stage, members of the board like having their photo taken with Kevin Keegan.

Why would you give that up?

The problem with town halls and roadshows, inspirational quotes on the wall and screensavers with the company’s values on, is that they are generic. They don’t connect with what really drives individual people.

The businesses that succeed in future will be those where people are willing to bring their whole selves to work. In order to do that they need to feel valued for their individuality, not part of a faceless mass.

How do we encourage people to bring their whole selves to work?

What’s needed today is a more subtle, low-key approach to tapping in to what drives your people.

There is still room for the big, blousy events. Don’t stop the roadshows just yet. But don’t get lazy either.

Ask yourselves whether the formats you use to communicate and connect with your people are past their sell-by-date and whether they are driven more by ego, status and a discomfort with looking people in the eye than by a real commitment to your people being part of the journey you’re taking, together.

Ask yourself whether you’re working really trying to keep your people motivated or whether you could be working far less hard by helping them to care.

Most employers do not address Job Talent.

Leadership is more often than not an avocation but for most leaders it is a vocation.

The following four paragraphs are from,   http://www.newworldofwork.co.uk/2012/07/11/your-real-work-as-a-leader-a-...

**************
Avocation can be understood as ‘that which one does’ whilst vocation is something to which one feels called. Vocation sits at an altogether deeper level and when tapped into, provides a source of direction and motivation. For some their vocation is all too apparent whilst for others it is the result of deep exploration and self-awareness. The tragedy is that many go through life preoccupied with a sense of avocation that serves to keep them from their vocation. How often have you heard someone say, “I really wanted to be a teacher (or artist or whatever) but I was compelled to become an accountant”? It speaks of a life lived down a path poorly chosen and is usually filled with regret and sometimes resentment.

Sometimes, of course, it is a whole lot easier to fall into an avocation. It is more convenient, more practical and conforms to the expectations surrounding us. It is altogether understandable and so with a sigh and shrug we get on with the routine, do what is pragmatic and fulfill our responsibilities. Often we are not really aware what our true vocation is and should it only come into focus once an alternative course has been set, it takes enormous courage to change tack and begin afresh.

Internet Solutions have a wonderful mantra: Do what you love; love what you do. That about sums it up. How do we create a workplace culture where we have people who can say that? How do we honour our people in such a way that we are constantly encouraging them to explore and find their vocation, even if that means they have to leave? We should never look to our work as the source of meaning; rather we bring meaning to that which we do. Finding meaning is our responsibility and understanding. It means that authentic meaning and purpose can be found no matter what the task or work.

It is said, rightly so in my opinion, that culture eats strategy for breakfast every day. Part of creating a healthy culture within our work environment is to actively work to link avocation and vocation. It is never easy but it is always possible. It always starts at ‘the top’ given that culture is a leadership responsibility. It starts with an awareness and willingness to intentionally pursue this agenda. It will be nuanced by the context in which you operate and the situation in which you find yourself. It will be influenced and impacted by culture and as such has to be discovered and nurtured rather than dictated and forced. It has to be ‘invited’.
**************

Employers should hire employees who will find their jobs are their avocation not their vocation.