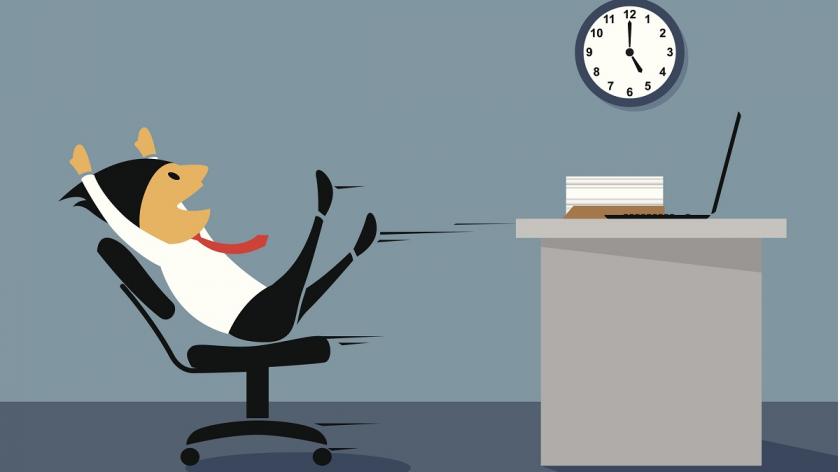 The world's happiest jobs and what they tell us

The Guardian recently conducted an analysis of nine different occupational surveys to find out which professions report the highest levels of happiness. What do the results tell us and how does poor managerial direction can interfere with natural engagement?

The jobs that appeared the most often in the top 10 of each survey analysed were engineers, teachers, medical practitioners (including nurses), closely followed by gardeners, personal assistants and construction workers.

It is clear from the jobs listed that there is no direct link between high salaries and happiness, as some of them are simply not that well remunerated. So what is it about these particular professions that makes them so enjoyable?

What does appear to link each of the jobs is that they offer a greater opportunity for autonomy, which comes from being trusted to manage or be part of a complete process from start to finish.

However, autonomy by itself isn’t enough to achieve job satisfaction, so what other factors need to be in place? An organisation’s ability to engage positively with its staff has a direct bearing on the happiness of its workforce, so is it simply easier to achieve positive engagement in some professions than others?

Upon closer examination of the roles listed, this wouldn’t appear to be the case as the medical field and teaching both struggle with a reputation for poor staff relations and retention (we have found with our work within the NHS that this is particularly prevalent at the moment with nurses and healthcare professionals and a study by the University of Bristol indicated that there is a correlation between school disadvantage and teacher turnover [PDF], for example), yet they both feature in the published list.

Is it therefore safe to assume that it is the jobs themselves that offer greater opportunity for happiness than the types of organisation that lie behind them?

It is easy to see why engineers report higher levels of satisfaction – they get to see the difference their work makes, as they are responsible for finding solutions to industrial problems and if successful, get to see their designs turned into a commercial reality. They are able to say, ‘I did that, that’s my work’ and that goes a very long way towards achieving job satisfaction.

It is also a role that often crosses over into the worker’s own natural interests, as it’s a role that people generally don’t just fall into – they have trained hard for their craft and staff who are well trained to carry out their role report higher levels of satisfaction due to less stress surrounding their ability to meet their employers’ expectations.

It is well documented that those who work with their hands often report higher levels of happiness. Take gardeners, for instance, who appeared in three of the nine surveys analysed. They also have variety, love their workplace – the great outdoors – and get to see a transformation take place because of the work they do and the application of their expertise.

On a similar level, construction workers who also appeared in three of the nine surveys, find that working outside and being ‘hands on’ leads to higher levels of happiness. Once again, they get to see the results of their labour and are aware that they have contributed to something of importance.

What can employers learn from these results?

While this study most certainly indicates that there are certain jobs that lend themselves more naturally to a happier workforce, it doesn’t support the notion that job satisfaction is exclusively the domain of those workers.

Obviously we can’t all be engineers, teachers, gardeners, nurses, PAs or construction workers but what can organisations do to ensure that the majority of its people, most of the time, have the opportunity to work in similarly pleasing environments?

However, in these job roles where people naturally have higher levels of employee engagement and happiness within their work, organisations need to understand what they might be doing to diminish or block this natural engagement. The organisation, in some respects, needs to ‘get out of the way!’.

However, as we have seen, not all roles have this naturally high level of engagement. We see how time and time again job satisfaction is linked to positive employee engagement. This requires two-way communication, support and leadership, recognition and reward, training, clear employment policies and an understanding of skill sets and how they should be applied across the business.

All too often employees are disenfranchised because of a lack of communication, little or no encouragement, support or professional development and no recognition or reward. In fact, staff often report being invisible to management until something goes wrong.

Like so many business practices, effective employee engagement isn’t rocket science but it is a vital part of any organisation that needs to be carefully management and resourced, as a continual, evolving process.

Without it, organisations will suffer from higher staff turnover and absenteeism, increased recruitment and training costs and lower productivity and profitability.