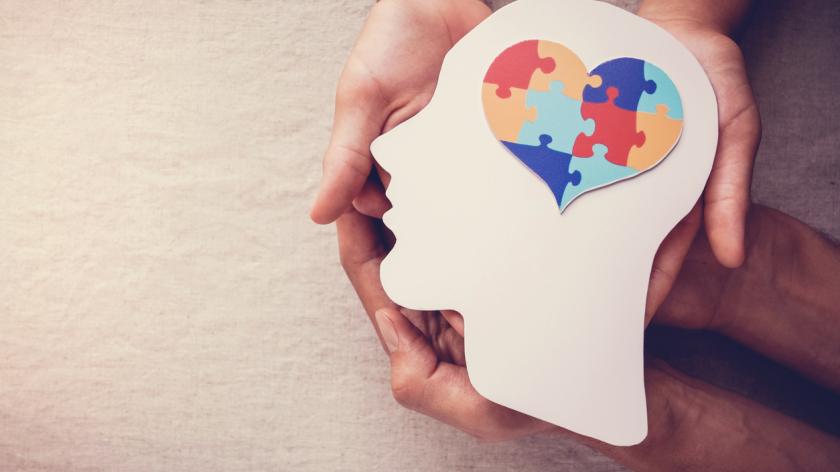 As organisations across the globe focus on improving the mental health of their employees, the theme for this year's World Mental Health Day is 'An unequal world' which shines a spotlight on the marginalised groups within society. Gethin Nadin explores how HR can play its part in supporting these workers.

Historian Walter Scheidel said that pandemics (along with war and revolution) are among some of the ‘great levellers’ in society. But far from being an equaliser, the global Coronavirus pandemic broadened already wide gulfs that existed in society. The mental health effects of the pandemic have not been the same for everyone.

In the UK, one in eight people didn’t have access to an outside space or shared garden during lock down

A major feature of the pandemic was the ‘stay at home’ message which saw millions living and working at home with very little opportunities to go outside or see other people. A recent Public Health England review found that the unequal impact of depression and anxiety includes housing conditions and neighbourhood characteristics, highlighting the impact an employee’s circumstances going into the pandemic would have had on their mental health.

An employee’s living conditions alone were enough to see them suffer worse during the pandemic. An example of this is whether an employee has a garden or not. There are many fascinating links between access to green spaces and a person’s mental health. Yet the pandemic highlighted some of the circumstantial ways not all employees were facing this crisis equally.  In the UK, one in eight people didn’t have access to an outside space or shared garden while they were locked down.

But shockingly, a black person is nearly four times as likely as white person to have no access to an outdoor space at home. Therefore, access to a green space – an important part of good mental health – is further out of reach for black people. But this is just one of the ways the pandemic unequally affected black people.

In addition, black Americans were found to be up to three times more likely to die of Covid-19. So, it’s probably not surprising to know that poor mental health was far more prevalent among black adults than it was among white adults during the pandemic.

During a pandemic that adversely affected black people, the emotional and mental health impact of the murder of George Floyd also played a significant part. In the week following Floyd’s death, negative emotions and depression and anxiety among black Americans was significantly higher than white Americans.

The authors of one study estimate that this increase created almost 1 million more black Americans who would have screened positive for depression, equating to as many as 6.3 million mentally unhealthy days. But black people weren’t the only group whose existing inequality meant their mental health was worsened by the pandemic.

After almost two years of a global pandemic, we can see that there are still many significant ways in which the mental health of women continues to be harmed. Women are more burned out than men, they are still carrying the burden of childcare and they are being recognised for their work less than men.

For a long time, socio and economic factors has meant that women have been at greater risk of poor mental health than men. At the time of writing, one in five women has a common mental health problem such as depression, anxiety or self-harm.

But among the chaos there may be some hope, if we try to understand the inequalities that exist when it comes to developing poor mental health and accessing treatment.  For employers, this means we can create mental health and wellbeing strategies that focus specifically on the more marginalised and vulnerable as well as the wider employee population.

Understanding the ways in which different groups develop and experience poor mental health can help us to reduce those inequalities and ensure every employee gets access to the support they need.

There are many groups in our societies whose mental health is adversely affected when compared to the majority. The reasons for these inequalities are often complex and long standing, but for the purpose of this article I have just focused on those two that the data tells us have been significantly impacted further by the global pandemic.

Others include the young, low-income families and members of the LGBTQ+ community. But whatever groups exist within your organisation, there are a few key considerations you should give to your wellbeing and mental health strategy to ensure you are supporting marginalised groups:

Employers must consider services that are designed to better meet the needs of black communities as much of the state provided support does not offer culturally appropriate support to those who are from BAME groups.

Employers should consider how they can support the metal health impact of racism or homophobia and ensure representation exists in all the ways you support so an employee can speak to someone who can identify and empathise with them. As it stands, black adults are the least likely ethnic group to access counselling or therapy in the UK.

One of the most successful ways to support people with their wellbeing has been to use ‘permission’ and ‘social proofing’ to allow employees to openly talk about their mental health. For many, seeing a celebrity or CEO open up about their challenges gives them the permission to do it too, without feeling shame or weakness for doing so.

With many marginalised groups and cultures still experiencing a stigma around mental health, using those who have lived experience of poor mental health who belong to these groups can help others. Research has found that it can promote hope and helps people to think constructively about their mental health.

Wellbeing and trust go hand in hand, but for many marginalised groups, the way they have been treated and excluded from society means trust can be quite low. For example, the discriminatory treatment of black and LGTBQ+ employees in healthcare has been well documented.

The perceived racism, sexism or homophobia within mental health support and wider healthcare has a direct effect on a person’s satisfaction with the support. Improving mental health outcomes for marginalised groups requires a broader understanding of the challenges these groups face so that we can build trust in the support that we offer.

Employers can support where the state isn’t

One in four women experience depression compared to one in 10 men. Black men are more likely to have experienced a psychotic disorder in the last year than white men. While these stats may not reflect the true extent of poor mental health among women and black people, they do highlight the inequality that exists not just in the causes of poor mental health, but the support that is offered too.

That is why it is imperative that employers create environments that are welcoming and supportive of different backgrounds, and tailor their mental health support to the specific needs of those groups less likely to be able to access adequate support outside of the workplace.

Interested in this topic? Read How HR can mitigate the mental health impact of office re-integration.