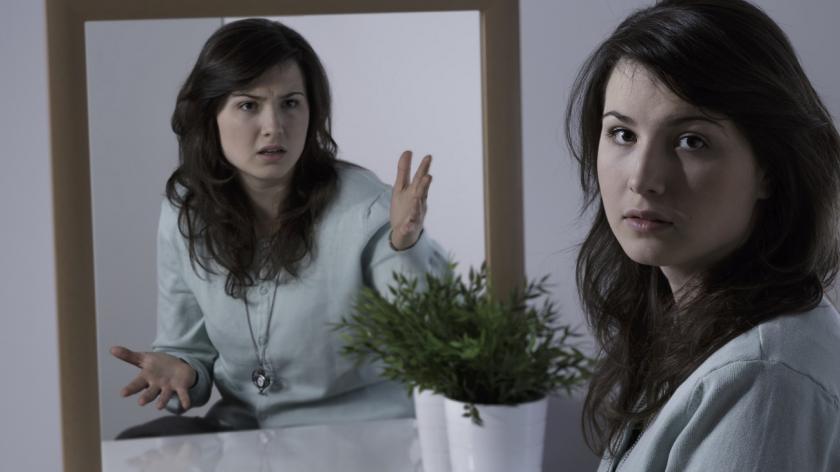 Supporting women past impostor syndrome and into leadership

Women are still lagging behind when it comes to confidence in their own abilities, so how can we help the female leaders of tomorrow turn that around?

Are you doing enough to support women into leadership positions in your company? If you’re not tackling imposter syndrome then the answer is probably ‘no’.

Why? It is something that impacts on women in the workplace more than men and hinders them from taking that step up into leadership.

Do you see talented female staff who feel inadequate, doubt their abilities or feel like they simply don’t ‘deserve’ opportunity, success or promotion?

Maybe you see destructive work behaviours – an unhealthy “work horse” mentality. As an HR professional it’s your duty to understand what’s behind this, how it affects your people and what you can do about it.

No one is immune

Imposter Syndrome is the phenomenon in which successful people cannot internalise, or ‘own’, their successes.

If people in your teams, or indeed yourself, have a tendency to feel like this then you are at least all in good company.

Emma Watson, Sheryl Sandberg and Maya Angelou have all talked about experiencing these feelings.

Imposter syndrome is a function of perfectionism and shame, with these being two sides of the same coin.

It would seem that being a celebrated A list actor, the global chief operating officer of one of the most valuable brands in the world or even having a Nobel Prize does not make you immune.

You can also take heart from the fact that over 70% of people studied report having experienced Imposter Syndrome at one time or another in their lives.

Why women struggle with imposter syndrome in the work place

Half of female managers surveyed by the Institute of Leadership and Management reported self-doubt in their job performance, compared to only about a third of male managers.

My belief is that this disproportionately impacts women because our corporate workplace culture is still very masculine.

Women often have few senior role models and the ones that have made it there have, in the past, often had to take on masculine characteristics.

We also still reward ‘masculine’ traits of dominance, control and reason over ‘feminine’ ones such as group decision making, empathy and intuition.

It’s hardly surprising that many women struggle with worthiness issues and wonder if they, in showing up as themselves, are actually enough.

Over 70% of people studied report having experienced Imposter Syndrome at one time or another in their lives.

Unpacking impostor syndrome - where does it come from?

Imposter syndrome is a function of perfectionism and shame, with these being two sides of the same coin.

Perfectionism is a self-destructive belief system in which we think that if we just do everything perfectly we can minimize difficult feelings of unworthiness and shame.

Whilst many women would claim perfectionism, I doubt many would also claim shame. Brené Brown, Professor at the University of Houston and best-selling author, defines shame as the intensely painful feeling that we are flawed and are therefore not worthy of love and belonging.

How can you help employees move past Imposter Syndrome?

The typical thoughts associated with imposter syndrome are ‘not enough’ – whether it’s ‘not intelligent enough’, ‘not qualified enough’, ‘not creative enough’ or simply ‘not good enough’.

Maybe you’ve come across these phrases in discussions, however, be aware that most people are adept at keeping this hidden.

Rather, some people suffering from imposter syndrome might stop themselves from applying for the next promotion or the project that they truly want. Others might become a workhorse, thinking that if they only put all of the hours in then they might be ‘enough’.

So there are also behaviours that you can look out for.

2. Providing support for employees to open up

If feelings aren’t discussed in the workplace, then shame is definitely a taboo subject. However, as shame thrives on secrecy, it is talking about it that can help us through it.

It’s your role as an HR professional to provide the connections which will enable employees to open up about this.  Key contacts could be female mentors, buddies (e.g. pairings of women returning to work post maternity) or a coach. It is important that this is tackled within the context of a trusted relationship.

Practicing critical awareness means being honest with yourself about what is really going on.

It is worth spending some time going over what has been achieved, rather than just what lies ahead.

Imposter syndrome is an internalized phenomenon.

As an HR professional, you can do all of the above but then the individual really then needs to put in the work to move past it.

There are also workplace cultures, however, in which Imposter syndrome, shame and perfectionism can thrive and you can be part of shifting that culture.

4. Creating a workplace culture in which employees can step in to leadership

Embracing uncertainty is a huge part of overcoming imposter syndrome and also of stepping in to leadership.

Employees stuck in a cycle of perfectionism, having to cross off everything off the ‘to do list’ and constantly pleasing everyone around them are likely to stay in a management position.

And it is true that some workplace cultures encourage that of their employees.

But stepping in to leadership means letting go of certainty, completion and being liked, and embracing something a little less defined.

Ask yourself - does your workplace culture value creativity and innovation? If so, it must also value uncertainty and not knowing. Are failures held up as an example of having pushed the boundaries or are they criticized? Is the space held for employees to think about the right thing to do, rather than always getting things right?

As a leader, it is sometimes through our openness about our own struggle that we can make our biggest impact.

A female chief executive officer of a large advertising agency said publically, when she was offered the role, that she felt nervous and she had loads to learn. It’s hard to imagine many men doing that.

But, more importantly, in one sentence she made it possible for every single employee in that company to step out of their comfort zone, to move beyond their imposter syndrome, and go for it. For me, that is the epitome of leadership.

The question now is - as an HR professional how will you step in to your own leadership in a way that supports employees and encourages them to bring their best self in to the workplace?

How will you choose the right thing to do?

Roxanne is the founder of The Hobbs Consultancy, which was born out of a sense that corporations must be able to do more to support women through key transitions in the workplace.  Working at Managing Partner level in the media industry, she saw for herself the challenges that women face – specifically in the step up in to leadership and also...