The Science of Employee Engagement

Science of Engagement: what does engagement mean?

Science of Engagement: role of purpose and mood 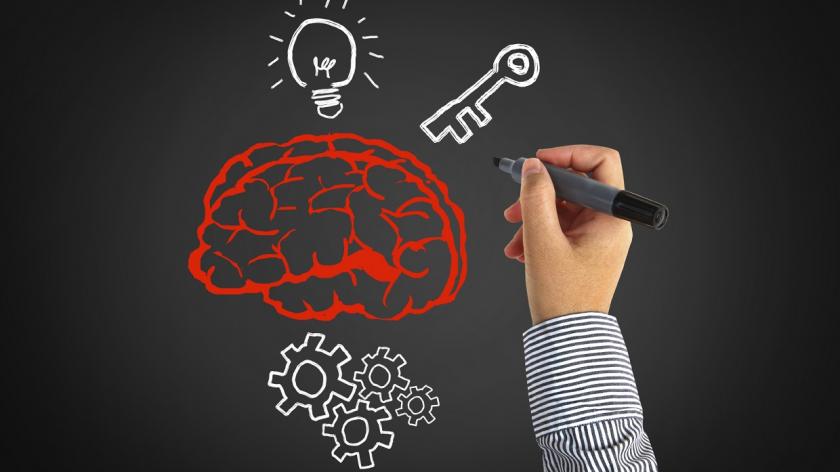 Science of Engagement: the importance of in-group connection

An understanding of some aspects of how the brain is ‘wired’ can help you to increase the likelihood of people being engaged at work and avoid creating situations that destroy engagement. There is no set of system in the brain that ensures people are engaged. It’s more complex than that but there are a number of areas that help and this series of articles - The Science of Engagement - will cover the science and the practical implications for creating an environment where people are more engaged.

This is part two of our article series on the science behind engagement and in this piece we'll look at the importance of in-group connection for achieving engagement.

There has been lots of psychological research on the impact of in-groups, most of it relating to gender, racial and stereotype bias. Neuroscience is now beginning to break down the sequence of processes in the brain that create this kind of bias, and the impact they can have on decision-making, social connection and the performance of groups that need to work together.

How our brain creates an in-group

One of the ways our brain manages the vast amounts of data it needs to process every day is by putting things into categories. As Gordon Allport, one of the founders of modern psychology, said: "The human mind must think with the aid of categories."

This categorisation in turn influences the way we judge things. And when it comes to people and groups that can either help people feel engaged or destroy it.

It takes just 200 milliseconds to categorise a new face by sex and race. And after that we organise the person into other categories. The amygdala is giving a completely unconscious quick-and-dirty assessment of whether the new person is a threat.

The top level of categorisation is in-group or out-group. In-group is friend rather than foe, usually "like me" rather than "different to me." We store broad representations for our different categories, says David Amodio of New York University.

What happens after the initial categorisation?

That first categorisation affects our subsequent processing. We will spend longer looking at the faces of people in our in-group. It will affect how we interpret their bodily movements and how much empathy we have for them in a painful situation.

Once we have categorised, we link to other stored information about that category: how similar they are to us, what characterises them, whether these characteristics are positive or negative. These stored characteristic and category links are built up over time, through socialisation and culture. They create the expectations we have of people – they're the lens we see them through.

The core social motivation of categorisation is sharing social understanding, getting along in the group and controlling socially different behaviour, which all serves to build trust within the group.

So, categorising people into groups can be useful for our long-term safety, but it can also have consequences.

A study by the University of Missouri has shown that the effect of in-group identification becomes even more intense when people are threatened. People turn to their in-group when they feel at risk of some type of harm.

The threat could be anything from negative feedback to redundancies to competition for budget or even the sense that the boss favours one part of the work unit over other parts.

In the study the researchers asked participants to complete a perceptual decision-making task while being monitored in a functional magnetic resonance imaging (fMRI) scanner. During the task they were exposed to the judgements about them from both in-group and out-group members; some positive, others negative.

This research showed that being part of the in-group makes you feel good and you will be more able to understand the perspective of your in-group colleagues and find it difficult to put yourself into the shoes of people in another group. The implication is that we are less receptive to feedback from people not in our group, and find it difficult to adopt their perspective.

For wide spread engagement managing the opposite side of the coin, the out-group, is also important.

In-groups feel fine if you're part of them. In fact, if you're part of the in-group you'll probably deny that the out-group is suffering any kind of disadvantages. Or if there are any disadvantages they're of their own making: "shared services are too process-focused and don't understand the needs of the business unit," or "business partners want everything customised and don't understand the cost of processing one-off requests…"

This research showed that it is more difficult for people to understand the perspective of a person in an out-group and find it difficult to put yourself into their shoes.

Definitions of in-group and out-group are not based on rational data and can be manipulated very easily, so where you work can quickly create new perceptions of others in, for example, people who work in another part of the company or even part of the function.

We all belong to multiple groups that we identify with, and it seems that we're also able to manipulate the boundaries of a group we belong to. The example of pedestrians and motorists is perhaps the easiest to understand.

Your in-group is pedestrian when you're walking from the bus stop to the office, and the motorist who beeps you at the pedestrian crossing is your out-group. The reverse may be true when you are in a hurry driving to an appointment.

Your in-group at one moment is your out-group the next.

Participants were then reorganised into mixed teams of black and white people. On re-scanning, amygdala activity was found to be reduced; participants only responded to members of their out-group rather than by colour.

For people to be engaged at work they need to feel like they have connect to others and have a purpose and shared goals. An in-group also shares these characteristics. Ensuring these things are in place enhances the chances of engagement.

Having common goals and a common purpose enhances in-group connection and sense of safety and wellbeing as well as creating feelings of connection and joint interest all of which impact positively on engagement.

In the next article in this series on employee engagement science we will look at the science behind purpose and mood.