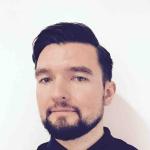 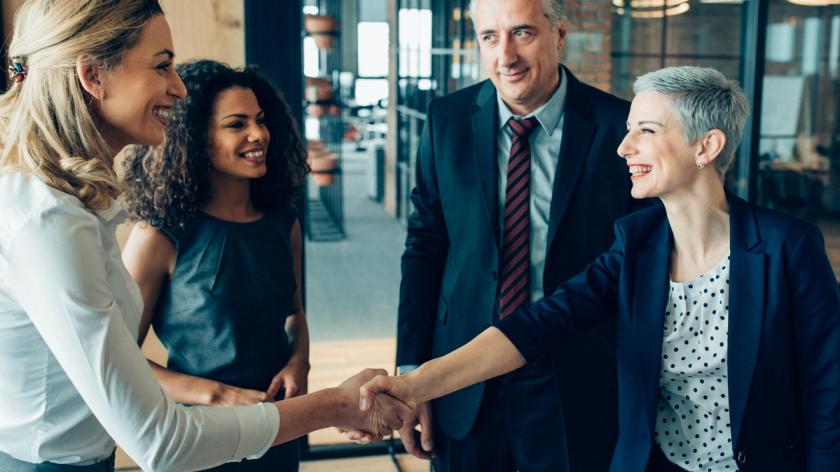 Reward and recognition: the changing expectations of employees

If your company’s reward and recognition programme is somewhat outdated and lacklustre, then it’s probably time for a refresh. A shift in approach goes beyond boosting engagement levels, playing a key role in enhancing the wider employee experience.

Recognition. It regularly crops up on lists featuring tips on how to keep your employees happy. Entrepreneur.com suggests it should be fourth in terms of your priorities as a CEO and Deloitte states that employee engagement, productivity and performance are 14% higher in organisations with recognition.

Yet despite the overwhelming evidence to suggest that employee reward and recognition makes a huge difference to a company’s bottom line, very often businesses fail to look after their most important asset: their employees.

But it’s really quite simple: when employees are recognised and rewarded, they work harder and smarter – and they stick around for longer.

A recent national employee survey from EachPerson suggested that over 90% of employees feel recognition is important. Yet, despite this, 62% of workers stated that they hardly ever or were never appreciated by their bosses. A staggering 72% of employees also said that they would work harder if they were appreciated.

It’s no surprise that a lack of employee reward and recognition can lead to increased employee turnover. According to the IIP’s 2019 employee sentiment research nearly half of employees will be looking for a new job in 2019. 16% of those who stated that they wanted to leave their role said the reason was because they did not feel valued.

This is sobering news when considering the cost of employee turnover. Not only does it cost time and money to recruit new staff, it also takes a considerable amount of time for a new employee to become fully productive.

That said, by giving them an incentive and making them feel valued, they’ll certainly work harder to make an impact, both in the company itself and to boost their personal development.

Going beyond the basic needs of employees

The Theory of Human Motivation, which was published by Abraham Maslow in the 1940s, suggests that all human beings have the innate desire to be all that they can be. It’s referred to as self-actualisation and it’s seen as the dream for employers. After all, who wouldn’t want to employ staff who consistently work to achieve their best?

But in order to unblock this desire in people, Maslow believed that more basic needs have to be met. Humans work their way up through a hierarchy, according to Maslow, displaying needs they are looking to have fulfilled – from basic physiological needs, through to needs that are social and self-esteem related.

An investment in even the most basic technology can mean a spike in staff motivation and it will also boost the appeal of the company to prospective employees.

People are different in terms of what they need, with salary and pension schemes not the be all and end all for everyone.

A simple ‘thank you’ is deemed enough to meet 48% of those surveyed in our research, with 32% saying a reward for a job well done would go a long way, too.

For your staff to work harder, you need to be in tune with their basic needs – and ensure your company and its principles evolve as they do.

For humans in general and employees specifically, the need for recognition is real.

“The deepest principle of human nature is a craving to be appreciated.” says William James, American psychologist and philosopher. Knowing that someone has recognised and valued our efforts ensures that any work we undertake is all the more worthwhile.

A shift in mindset when it comes to employee reward and recognition is needed, as is better understanding of an employee’s life outside work, in that it is now just as important as their life within it.

Employees today expect much more, in terms of emotional intelligence (EI), from the company they work for, but this has yet to translate into the DNA of employers.

EI is critical to your employees’ success when it comes to work – and the fact that said work is becoming more digitised.

Emotional intelligence actually came in at number six in the World Economic Forum’s list of the top 10 skills employees need to thrive – and it simply means someone’s ability to understand, perceive and, more importantly, manage their own emotions.

Understanding the individuality and unique needs of each employee is a key driver in successfully motivating and recognising staff. But getting the right reward scheme in place can be difficult; a one-size-fits-all approach is ineffective.

Many organisations have already addressed the importance for employees to have a good work/life balance, progression opportunities and flexible working.

But when considering how to reward and recognise staff, it’s important to understand that all employees are different. For example, an interesting article in Forbes magazine suggests that millennials value experiences over ‘ownership’ and ‘things’.

They, for example, would much rather pay for tickets to a live concert, than buy an album. So, it does beg the question as to the effectiveness of many company rewards.

Recognition also needs to be authentic and regular. It should form part of a company’s culture and be implemented in a timely fashion. It’s not enough to hand out gifts. rewards need to come with sincere recognition: meaningful words and acknowledgment, which for many will be the cherry on top.

Go beyond 'well done' or 'good job' and be specific when recognising employees, telling them exactly what they have done that’s earned your respect or appreciation.

Authenticity can also be achieved by determining what is meaningful to each person. Take the time to understand an employee, their likes and dislikes and what they would personally find valuable.

How does technology make a difference?

The importance of investment in technology and the need for companies to be in tune with the rapid rise of device use is also vital when considering an employee recognition scheme.

According to a recent report from Ofcom, the majority of time (62%) of time spent on the internet is on mobile devices, often via mobile apps.

To really make a difference in the workplace, it’s becoming more and more apparent that employees thrive when technology enables greater efficiency. Despite this understanding, technology innovation in the sector has been sluggish, with many organisations still using company intranets to communicate with employees.

An investment in even the most basic technology can mean a spike in staff motivation and it will also boost the appeal of the company to prospective employees.

It gets talked about a lot in boardrooms but I’m not sure how much it translates into a company’s DNA. The bottom line is in understanding the individuality and unique needs of each employee – and meeting those needs authentically and spontaneously.

By taking a long-term view of employee experience, companies can buck the trend for workplace happiness.

Boosted employee recognition and greater employee rewards are the very first steps – and if each and every employee feels valued, they’d be more productive and would talk more positively about the business.

Matt Norbury is CEO and Founder of IAT Ltd - home of Each Person and epoints - a tech company that helps companies better connect with their customers and employees. Matt has secured over £20 million funding for the company, has assembled a brilliant team, and has a growing number of major clients.

Prior to IAT Ltd, Matt founded his first...

Rewards and recognition has changed drastically since last few years. Companies are looking into many different employee rewards such as gift vouchers, holidays etc. Many companies focus on giving experience gifts to the employees. Here I found an interesting article which sheds some light on why to focus on experience gifts in workplace. https://blog.xoxoday.com/post/why-focus-on-experience-gifts-at-the-workp...