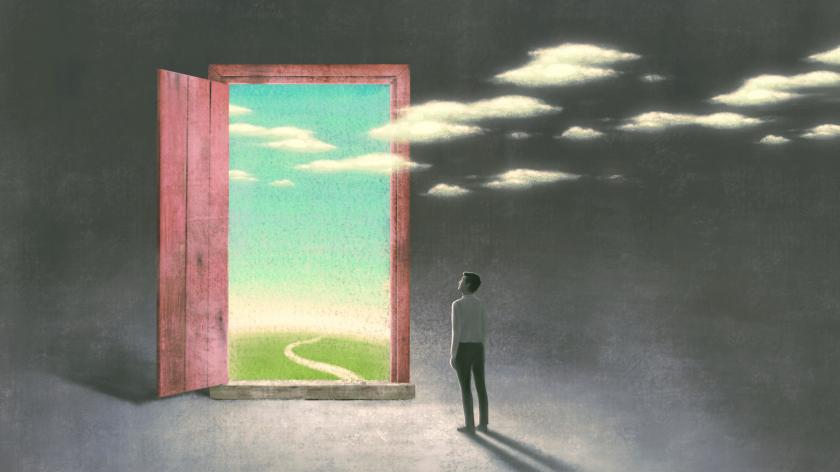 Quiet quitting: More employees should do it and fewer businesses should care

The TikTok and wider media frenzy of quiet quitting is raging on with concerning accusations of employee laziness, particularly targeted at Gen Z. In response, Gethin Nadin argues younger employees are rightly denouncing hustle culture and leaders need to accept this re-balancing of influence.

The term ‘quiet quitting’ was originally coined last year by TikTok career coach Bryan Creely, who by his own admission came up with it accidentally. “I just blurted it out,” he told the Los Angeles Times.

But the context in which he coined the phrase has been manipulated and overused ever since. What Creely originally meant was that pre-pandemic many of us viewed the purpose of our lives and how we identify as the job we do.

He suggested this hustle culture view of work has changed because of the pandemic. His definition of ‘quiet quitting’ was actually referring to the re-balancing of the influence work has over people to one where an employee is more willing (and hopefully able) to balance home and work life more effectively.

Workers aren’t 'quiet quitting', they are seeking out a better life with a better employer.

Workers are NOT lazy

Many employees believe that their lives should not be defined by the job they do. You would think that was a hard statement to argue with, but the media barrage that followed the initial mention of 'quiet quitting' sought to manipulate the term into a narrative that lazy employees were doing the bare minimum at work.

But quiet quitters have nothing to do with productivity and everything to do with the rejection of work dominating our lives – and why is that a bad thing? Enjoying life, spending time with family, pursuing cultural or religious pursuits – all of these aren’t mutually exclusive with working hard and loving your job.

When I read the many articles about 'quiet quitting', there are quite a few that follow the same concerning rhetoric used by the likes of Lord Alan Sugar and Elon Musk who both famously insinuated that home and remote workers were lazy.

This archaic view is often touted by the media and ‘reporters’ like Carole Malone in the Daily Express. In one article, Malone says “Your job is pretty much what you make it. Put in the hours, put in the effort and you’ll get a better job with better money and prospects.”

But that’s not true, is it? That hasn’t been true for years.

Working hard has not stopped us from being hit hard

The under-40s are officially the unluckiest generation in history when it comes to economic growth. They suffered the most during the 2008 recession, have been subjected to the sharp end of the pandemic and are now bearing the brunt of the cost-of-living crisis. They no longer believe in capitalism, and they no longer believe that working hard will get them the pay and opportunities it used to.

The latest research from the Institute of Economic Affairs reveals many young people in Britain are hostile toward capitalism with almost 70% expressing the desire to live under a socialist system. So they are seeking fulfilment that isn’t defined by their jobs and that doesn’t mean they aren’t doing exactly what they were paid to do.

A growing sense of inequality and distrust in society’s institutions and capitalism itself is changing the collective view of work and what it is for. Edelman’s trust barometer found that many employees no longer believe that working hard will give them a better life. They are worried about losing their jobs to automation, they are struggling with a lack of training, and they are incredibly worried about money.

Workers aren’t 'quiet quitting', they are seeking out a better life with a better employer. The best employers I work with have rarely struggled to attract and retain people. An employee who feels cared for and supported will always do more of what is required of them in the work environment.

A healthy separation between work and home life is not the action of a lazy employee, it's actually the action of an engaged, productive and successful one.

It's quite obvious to me that the adoption of 'quiet quitting' as some kind of moniker for employees to be ashamed of is actually just another instance (like mass remote working) where some leaders are struggling with the increasing influence among employees. They are trying to regain control over workers who perhaps for the first time in 100 years have had an awakening due to the pandemic. Those business leaders are seeing their influence over people waning, and are in fear.

When these types of leaders fear losing power, they tend to turn to self-serving behaviour in an attempt to preserve their control. We saw this a lot during the pandemic when city centre offices and coffee shops remained bare. Rather than find ways to work with these changing employee preferences, politicians and business leaders tried instead to vilify those who wanted to change how they worked.

The pandemic and a subsequent buoyant job market saw millions of people quit their jobs in what was termed the Great Resignation. They left industries entirely and sought out employment for better pay and benefits, more inclusive cultures and more caring leaders. I’ve been so pleased to see more employees take control of their working lives like this – it's what I have based my entire working life trying to encourage people to do.

A healthy separation between work and home life is not the action of a lazy employee, it's actually the action of an engaged, productive and successful one. And if that is 'quiet quitting' I hope more employees do it.

Interested in this topic? Read 'How to win the employee retention battle.'