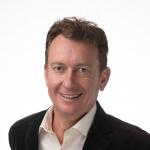 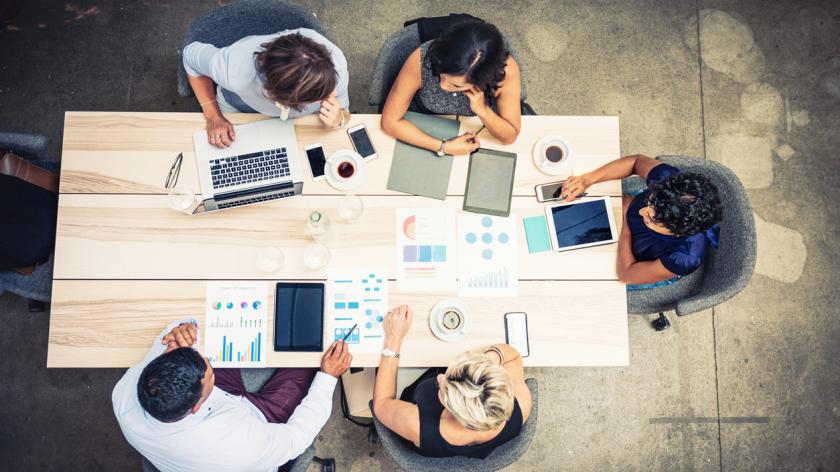 How organizational network analytics is transforming diversity and inclusion through data

The emerging discipline of relationship analytics could play a key role in addressing your diversity and inclusion challenges. Greg Newman and Reshma Jain at Trust Sphere explore how better understanding networks within a business can help HR build healthy, mutually inclusive relationships at work.

Diversity and inclusion (D&I) is increasingly being recognised as critical to the long-term success of organisations. Facing continuous disruption, evolving workforce demographics and the changing nature of work, companies are under increasing pressure to create workplaces where new ideas and different ways of thinking are embraced to enable them to successfully innovate.

While organisations are busy creating programmes that enable them to hire more diverse employees, they are struggling to retain these talented employees. We believe that is mainly because their strategies for inclusion are struggling to create the intended impact – a sense of belonging.

An inclusive workplace can never be the result of a policy or process – instead it depends heavily on the underlying organisational culture.

To be inclusive, organisations must create a sense of belonging for all employees by giving them access to information, valuing their competencies, encouraging them to participate in decision making and expressing themselves freely at work. Only then can diverse employees enhance team and organizational performance.

The importance of relationship analytics

Networks and relationships are critical to how work gets done, businesses grow, and people succeed – yet they are often overlooked. It is through these networks that employees can leverage their individual and combined knowledge for solving complex challenges, creating new products and achieving business goals.

Identifying and understanding these networks is intrinsic to the impact of D&I programmes, and inclusion interventions must have continuous visibility of their organisation’s networks.

To date, there has been little data available to understand this.

Relational or relationship analytics generates significant insights into the patterns of interaction across relationship networks of every employee, team and organisation.

A company’s digital exhaust of email trails, instant messaging and phone calls are being continuously logged. By constructing views of employee, team and organisational networks, this data can help identify whether inclusion is actually taking place. 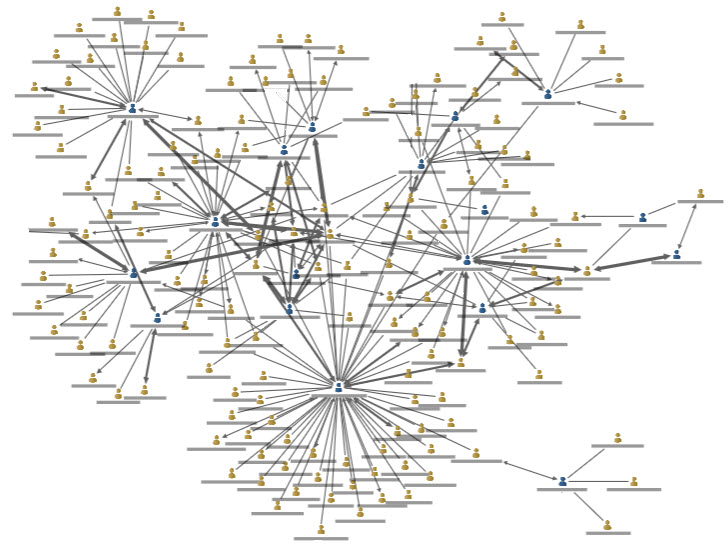 The role of technology

According to Gartner, by 2020, more than 50% of large enterprises will include D&I enablement criteria in their selection process for HCM technologies. Many HCM technologies are significantly enhancing their capabilities to diagnose the current state of inclusion, creating metrics to diagnose areas to focus on and embed inclusion into daily business activities.

One such popular tool is organizational network analytics (ONA), which is enabling organisations to see the workplace relationships that employees maintain, both internally and externally.

ONA gathers data either ‘actively’ through surveys, forms or questionnaires (active ONA), or passively, where dormant data in corporate communications systems is analysed continuously and in real time so that organisations can better understand workplace networks and how they change over time (passive ONA).

Both types of ONA data gathering methodologies have different strengths and weaknesses (and increasingly both are being applied in parallel). Active ONA can be powerful for generating targeted one-time analysis for a subset of the organisation, but because it relies on manual survey responses, it cannot typically be sustained over a longer term.

On the other hand, passive ONA provides a real-time view of the entire organisation, but it only measures specific networks, so it is important to consider which questions need to be answered before choosing which data-gathering approach is most appropriate.

1. Checking the inclusivity of teams

One powerful application of passive ONA is the ability to run a periodic D&I MRI on an entire organisation.

By analysing the working relationships of every employee, ONA reveals the levels of inclusiveness within teams by looking at how diverse the networks are of all the employees in each team.

Because this analysis can be run as often as required with no manual data gathering, it is a powerful tool for measuring changes in inclusiveness and identifying areas that are performing particularly well or need more attention.

ONA insights have also been applied to help improve promotability of diversity groups. For example, our research shows male and female employees network similarly at lower levels of hierarchy. But at higher levels, networking activity by females is different from males.

ONA enables organisations to understand where differences exist between male and female employees, in terms of network size and the proportion of senior and cross-hierarchy relationships.

In this way, network insights can provide a quantified view of their network behaviour to create the ‘nudges’ employees need to consciously develop the right networks for career progression. 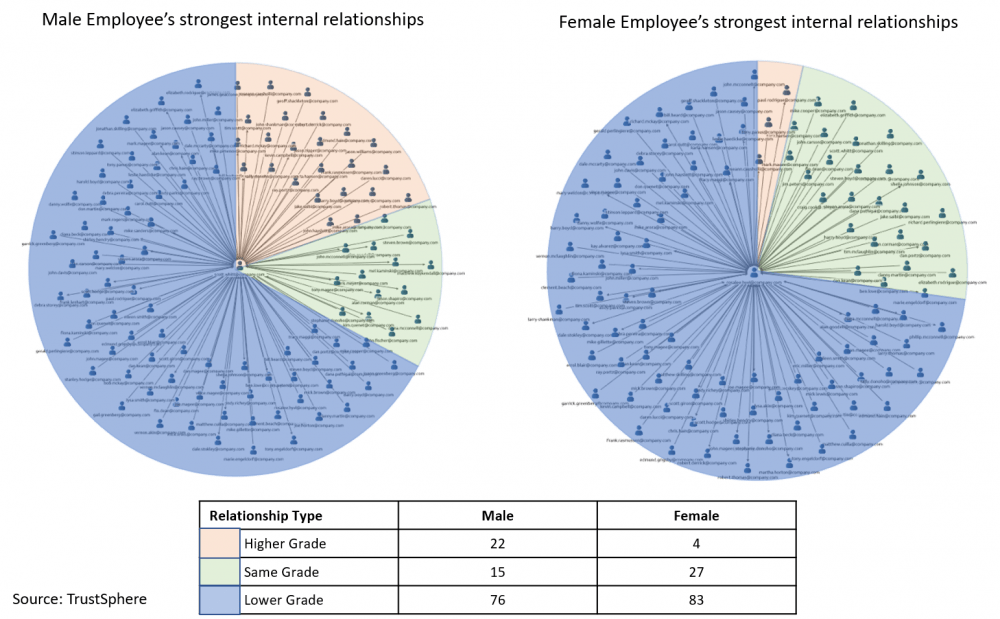 3. Understanding the relationship between networking and promotion

A global financial services company we work with leveraged our ONA technology to reveal that the type of networks females built had a strong correlation with their chance of being promoted.

For females to be promoted, it wasn’t enough for them to be high performers. They also needed executive sponsorship that was only formed from building strong, mutually inclusive working relationships with executive team members. 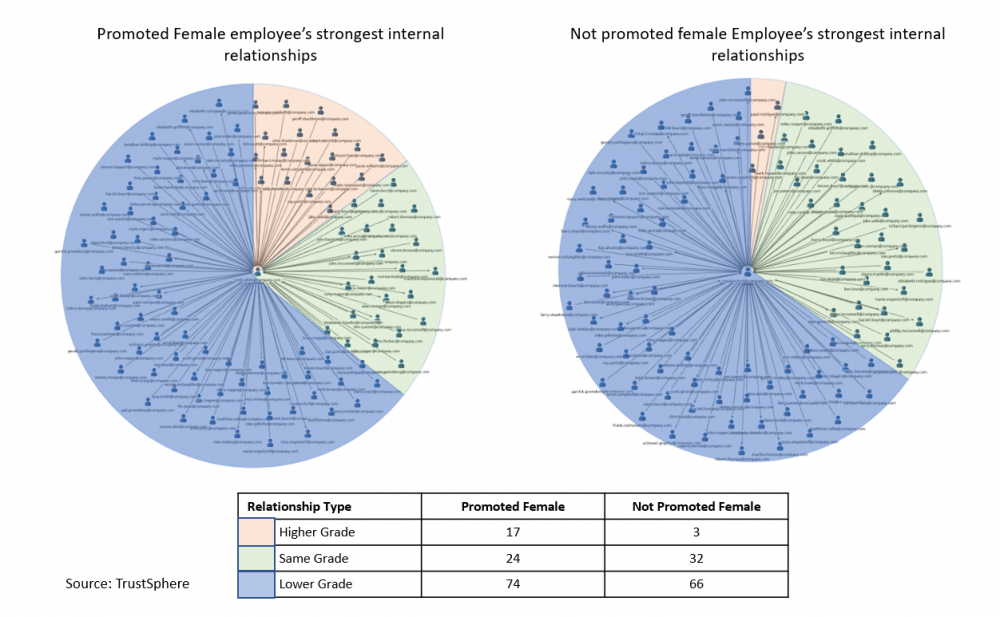 Figure 3: Comparing the networks of promoted and not promoted female employees at the same level in an organization

Network behaviours that create a sense of belonging

Similarly, there is evidence that the success of D&I programmes is amplified when leaders are actively involved. Leaders that build relationships, network and collaborate with diverse employees can achieve concrete business outcomes that impact the organisation’s performance.

But more often than not, hiring and promotion decisions are tinted by ‘unconscious bias’ resulting in managers unknowingly favouring candidates who are similar to them.

Likewise, similarity breeds connection, which means that managers also unconsciously build more networks with team members who are similar to them. This has powerful implications for the information and opportunities other members receive, as well as the interactions they experience.

The networks of leaders

ONA analysis has shown that managers with longer tenures tend to focus on strengthening established relationships at their hierarchy level, cutting themselves off from information and knowledge elsewhere.

This can impact their performance as they are missing out on the diversity of thought that newer employees may bring.

Insights into their networks can enable leaders to understand where their unconscious bias may be impeding inclusion and consciously increasing it within their teams. 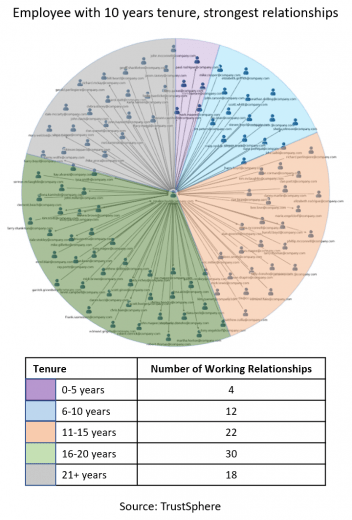 Figure 4: Over 50% of the working relations of this employee with ten years of tenure are with employees with more than 16 years tenure

These instances demonstrate how insights into the networks of employees revealed by ONA can help understand if employees are building the right networks to be engaged, immersed, promoted and, ultimately, successful in the organisation.