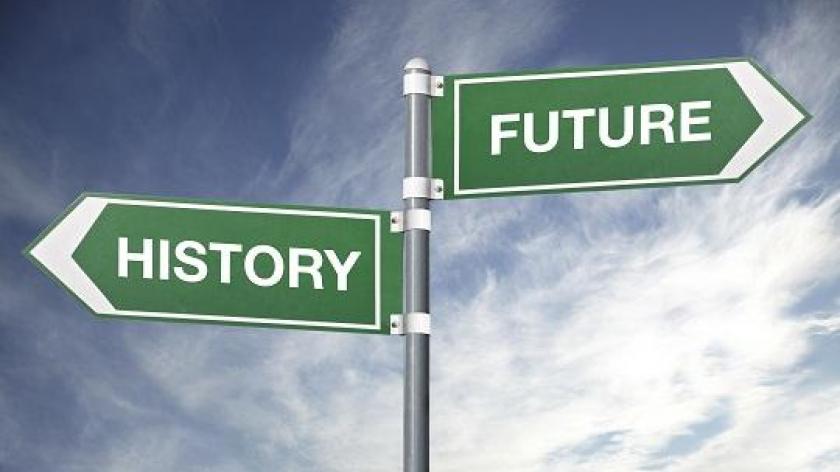 History of employee engagement - from satisfaction to sustainability

Employee engagement may seem a relatively recent concept but actually it goes back over 20 years when the term first appeared in an academic journal in 1990. Prior to that, during the 70’s and 80’s, HR’s (or as it was then ‘personnel’s’) focus was on employee satisfaction. But this had little or no connection with performance and was more about the employee than the organisation or the employee’s relationship with it.

The focus then moved from satisfaction to commitment (and somewhere along the way ‘personnel’ became ‘human resources.’) in return for a job, and possibly a job for life, the employee would be loyal and commit himself to the organisation. Whilst commitment is an important element of and predictor of engagement it cannot replace engagement.

But then things started to change. Increased global competition and the shift from a manufacturing economy to a service one meant employers needed to be more flexible, leaner and competitive. Traditional industries closed or were severely cut back and employees learned the hard way that there were no jobs for life, that to progress in their careers they too needed to be more flexible and move to where the opportunities were.

And that’s what they did. The old contract of a job for life with a nice fat pension at the end of it was broken. People were free – encouraged even – to move from job to job, selling their skills and at the same time acquiring new ones courtesy of the new employer. Loyalty didn’t come into it, or if it did it was more fleeting, more short term. So it benefited the employee but employers soon realised that actually they were losing people they didn’t want to lose. It was costing them money and affecting their ability to compete effectively.

The rise of engagement

It is at this point in the story - during the noughties - that the concept of engagement matured. Key to this was a paper published by the Institute of Employment Studies (IES) in 1990 ‘From People to Profits, the HR link to the service-profit chain’ which showed how employee attitudes and behaviour could improve customer retention and consequently sales performance. This clear link between engagement and performance, supported by extensive research, helped establish engagement’s importance to both HR and business performance. The fact that the UK had become a service-based economy made the report’s findings even more relevant and increased the focus on employees and their interaction with customers. For service-based businesses, the old mantra that ‘staff are your greatest asset’ became ‘staff are your only asset.’ This led to greater incentives to invest in staff as the returns were seen as greater employee commitment, motivation, productivity and ultimately profit (or, in the case of not-for-profits, achieving strategic objectives).

The business case for engagement was supported by another seminal study in 2002 which also showed the link between engaged employees and profit. What had back in 1990 been confined to predominantly academic circles was now being discussed and implemented at practitioner level.  Organisations began to see the potential that engagement had to positively affect a whole raft of HR and business measures including employee retention, absenteeism and turnover; sales; profitability and customer service/satisfaction scores.

Engagement has also grown from something that was seen as being owned or ‘done’ by HR to something that needs to be owned and driven by the CEO and senior leadership team. In fact to be truly effective engagement needs to be owned by everybody; it needs to be part of an organisation’s DNA. Indeed, engagement measures are often aligned to managers’ performance through KPIs – Key Performance Indicators. Engagement’s importance to a business and its subtle move of ownership away from the HR department (who still ultimately have responsibility for delivering the policies around it) has seen the rise not only of roles like Head or Director of Engagement but engagement’s place around the Board table.

Engagement and the public sector

Engagement is just as relevant to the public sector. Indeed, the impact of overworked, stressed and demotivated staff is far more serious in the health sector than in a supermarket or call centre. A study by Aston University in 2011 showed that patient mortality rates were approximately 2.5% lower in health trusts with high engagement levels than in those with medium engagement levels. So next time you have to choose a hospital for treatment, ask how engaged the staff are, not how experienced the surgeon is…

So, what is ‘engagement’?

Despite all the research, the jury is still out on a universally agreed definition. These have evolved as our knowledge and experience of engagement has evolved but there is a strong consensus as to what it is and isn’t.

The future of engagement

Engagement is now firmly embedded in the collective consciousness of the HR community as seen in the proliferation of conferences, events and LinkedIn groups dedicated to engagement, the inclusion of a module on employee engagement in the CIPD diploma and the large number of vendors and service provides offering surveys, consultancy, research and training. lts inroads into the wider business community was aided by the launch of the government-backed movement, Engage for Success, in 2011 which also nailed the evidence for the financial benefits of engagement. Its status as ‘mainstream’ is also reflected in the increase in searches on ‘employee engagement’ as reported by Google Trends which has shown a continuous rise since 2006.

Google trends – the rise of searches for ‘employee engagement’

As for the future of engagement, that now seems to be more about sustaining it rather than finding the next hot HR theory about how to attract, motivate and retain good employees. As demographics change (Baby Boomers, Generation X , Generation Y/Millenials and now Generation G) engagement gives organisations the tools to provide the kind of workplace that will attract, retain and motivate its changing workforce. Engagement has reached the point in its growth where it requires clarity and consistency of definition, delivery and measurement and movements like the Engagement Taskforce will be instrumental in achieving this. It would seem that there are very few businesses which are against engagement, the problem is more about doing something about it, particularly those in the SME sector which don’t have the same resources and infrastructure as larger organisations. The taskforce is keen to bring the growing importance of employee engagement to investors who are starting to look at the people side of financial metrics such as employee turnover and absence rates.

Of all the theories about what engagement is and what drives it, there seems to be agreement (Great Place to Work®, Engage for Success) that trust is one of the key drivers. We believe that trust is and will continue to be critical to both driving and sustaining engagement.

The evolution of engagement

An acid test is 'do I respect my employees by showing simple courtesy?'

My wife left a world leading British wellness company with chronic and incurable illness. Was there a contra-induction, where the issues of health insurance and other payroll deductions were suggested? Nope, for all the charts, engagement hypotheses, and glad-handing by HR - there wasn't even a card.

I really enjoyed reading that. However, I was wondering from where did you get your facts from ?? References ??