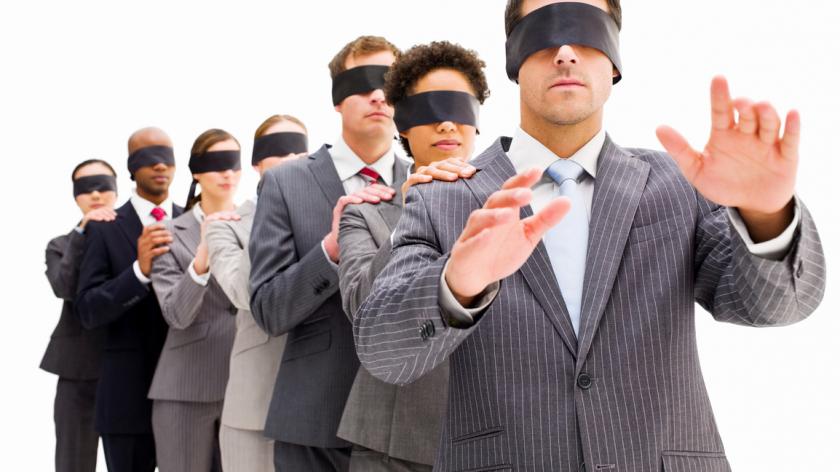 Groupthink: how to avoid the follower mentality

Businesses must remain vigilant against the dangers of groupthink and create a workplace culture that encourages and listens to diverse opinions.

Back in 2007 I ran a session for senior traders in a financial services organisation.

A participant was presenting a project about a complex new financial product to the room. As the presentation rolled on, one person, let’s call him Bill, kept looking at the PowerPoint and back at his colleagues. The rest of the group were enthralled by this clever way to make money.

When the slide show ended, the presenter asked for questions. The first one he got was from Bill and this was it: “Is this even legal?”.

Did the group pause to think about Bill’s question? Did the presenter answer it? Not exactly. What happened was this: the group laughed. One person threw a pen cap at Bill.

It turned out that the new financial product was called a Collateral Debt Obligation (CDO), and it was taking the financial world by storm. It was the type of derivative that was almost single-handedly responsible for the 2008 meltdown.

Unless you’ve read up on the causes of the crash you’ll probably know CDOs as what they should be called: “Toxic Debt”.

What I saw that day was groupthink in action. A function of group pressure impairing critical thinking and discounting dissent, groupthink leads to decisions with a foreseeable negative impact. This is for the simple reason that to stand in opposition is perceived as too risky a step.

Think of how Bill felt during the presentation and when the pen cap hit him and you’ll see what I’m getting at.

Groupthink as a concept isn’t new by any means. Irving Janis first researched the way groups conformed in the seventies, and Fortune magazine was writing about groupthink back in 1952, defining it as “rationalized conformity”.

But Volkswagen’s emissions debacle is an example of a business continuing to make a bad decision over a long period of time because no one was willing to speak out.

When these stories make the headlines it seems so obvious in retrospect, and commentators shake their heads and wonder why it keeps happening. Haven’t we learned from Enron, ‘the smartest guys in the room’ in 2001, the financial crash in 2008 and so on?

Well, western cultures value individualism, and you’d think from a cursory glance at Twitter that voicing a contrary opinion is commonplace. Because we tend to think we’re unique and special we’re often unwilling to recognise the drive we have towards conformity, particularly in real life face-to-face environments.

There are far fewer people questioning the status quo in their weekly team meeting than there are being noisily opinionated on social media. Especially in highly competitive industries and sectors like banking, cars, oil and gas.

If you get a bunch of people from the same ethnic group, same gender, who went to the same schools; who worked in similar jobs; and went through a similar career progression, would you be surprised if they came to different conclusions on a topic? Me too. And it’s monoculture that makes some organisations susceptible to groupthink.

It’s monoculture that makes some organisations susceptible to groupthink.

The obvious remedy for this is a diverse work group with people who have different backgrounds and can offer a range of opinions and experiences to draw on, at the same time as being able to support and debate their points of view.

But what if there’s a fear of speaking out?

Create an environment where dissenting opinions aren’t ignored or condemned and you’re less likely to get groupthink. This is backed up by research on psychological safety by Harvard Business School professor Amy Edmondson.

Psychological safety is the “shared belief held by members of a team that the team is safe for interpersonal risk-taking”. Alongside leaders who acknowledge fallibility and model a questioning attitude, Edmondson noticed that teams combining psychological safety and accountability had better performance.

Leaders at all levels of a business who demonstrate that articulating different and even challenging points of view is not just accepted but valued model the cure for groupthink. And when they listen and consider different points of view that solidifies the cure.

When groupthink develops in an organisation it becomes self-reinforcing and emboldens people in ever more risky and irrational decisions. The less likely you are to hear a dissenting point of view the more likely you are to believe your own press, and the risk of speaking out for employees becomes ever greater.

Humans are social animals – primates – and in order to function as a species we need to be able to get along. Of course, having social and business norms is not inherently negative; they work when they offer guidelines to function as a co-operative society.

But norms also have a downside. When the drive to conformity means we want to surround ourselves with like-minded people; when we decide speaking out is akin to getting out of the business; and when different views are seen as disloyal we’re fertilising the ground for groupthink.

Think about that next time you hear a point you don’t agree with.