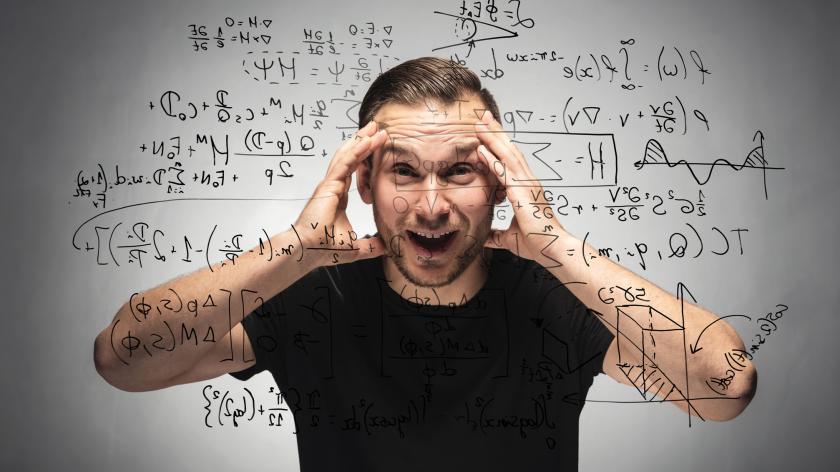 Financial Wellbeing: Something isn’t adding up

With today marking the start of Talk Money Week, employee wellbeing expert Gethin Nadin discusses the alarmingly poor numeracy skills amongst the UK workforce, and how improving employees' numeracy can actually help with their wellbeing.

In July 2020, when the pandemic had full taken hold, money became employee’s biggest wellbeing concern. Those who were most financially impacted at the start of the pandemic were the same ones who were worse off by the middle of its second year. As we emerge from the pandemic, CEO of the RSA Andy Haldane says that improving numeracy skills is going to be vital to improving financial wellbeing.

During the pandemic, new forms of debt arrived in the UK, which stressed the pockets and tested the financial literacy of an already suffering workforce. Buy Now Pay Later (BNPL) schemes really took off last year, with UK consumers racking up £4.1 billion of debt in BNPL deals. An estimated 10% of the country accumulated “significant” outstanding balances on BNPL schemes. But what was most concerning about the rise in this type of lending, was how ill-informed and ill-prepared many were to deal with it.

More than half of young BNPL users told Capco that they didn’t even know whether BNPL was debt or not. BNPL schemes are a prime example of the way our poor numeracy is impacting employee financial wellbeing. An alarming 68% of credit users admit they don’t understand APR, and 50% have problems understanding debt repayments, so adding a new form of credit to the pile was always going to create new problems. It was unsurprising then, to read that Citizens Advice found that £39 million has been paid in late fees by those using BNPL schemes, as many users struggle to calculate penalties and understand the product. But are these statistics hiding a deeper problem with numbers that employers should be aware of?

A very high number of adults are unable to do basic mathematical tasks, and a fifth of adults say they have forgotten how to do fractions or percentages. Most shocking of all, 57% of the working age adult population in England are estimated to have the numeracy level of children leaving primary school. The UK is the only OECD country where levels of numeracy among those aged 16-24 are lower than those aged 55-64.

By April last year, eight out of ten UK employees had a workplace pension, yet only around a third of the population grasps the concept of compound interest (vital to understanding retirement savings). In fact, numeracy levels correlate directly with retirement savings. Those employees with lower numeracy are shown to have different wealth projections both pre and post retirement than those employees who are more numerate. But numeracy levels also correlate with levels of debt and investment decisions. So while a record number of employees (more than two thirds) now say they want more financial wellbeing support at work, are we missing some of the basics? According to a number of in-depth interviews with HR leaders by Benefex and King’s College London, many agree that we are.

Employee financial wellbeing is inextricably linked with other areas of employee wellbeing. There is a direct and cyclical relationship between money and mental health, so when we consider the impact of improving an employee’s numeracy skills, we are actually looking at ways to improve their physical and emotional wellbeing as well.

There is growing evidence that the shame and stress many feel because of their lack of numeracy skills is impacting other areas of their wellbeing. Recent research has found that low adult numeracy is associated with worsening health conditions and poorer health outcomes. Those with low numeracy skills are more likely to become depressed and tend to be prescribed more medicines.

There is a robust relationship between financial education and numeracy and there is a direct relationship between debt and numeracy. Without confidence in numbers, it is incredibly hard for employees to effectively manage their finances, and this causes them stress. We know that poor financial wellbeing impacts absence rates, presenteeism and mental health at work, so we can create direct links between poor employee numeracy and business outcomes.

Nearly two fifths of Brits feel anxious using numbers and a third say they avoid situations that involve maths. While many employers now offer workplace financial education initiatives, hardly any offer numeracy support. However, that is slowly changing. Earlier this year, John Lewis gave basic numeracy classes to younger staff after saying their people had been “failed” by the education system and wanted to support them in accessing their full potential.

According to National Numeracy, business leaders have been significantly undervaluing the cost of poor numeracy to the UK, estimating the cost to be £7 million per week, versus the actual £388 million. Over 90% of business leaders and MP’s now agree there needs to be a renewed focus on adult numeracy by employers.

Over 90% of business leaders and MP’s now agree there needs to be a renewed focus on adult numeracy by employers.

More than half of adults say maths was the toughest lesson to teach their kids during lockdown, with the same proportion admitting that doing so highlighted their own lack of confidence in numbers. Following on from the pandemic, half of UK adults say that understanding interest rates and keeping track of their finances was a struggle, reinforcing the need for employers to support their people to live happier and healthier lives through improved numeracy.

Addressing the issue of low numeracy at work could prove to be transformational for employers looking to improve employee wellbeing and diversity and inclusion.  For example, there is evidence that low number confidence is discouraging women from applying for certain jobs.

Earlier this month, the UK government announced a new £560 million numeracy scheme to support half a million adults with low numeracy. This renewed government attention, together with record numbers of organisations wanting to better support the wellbeing of their people, means that there has never been a better time for employers to support improving employee numeracy.