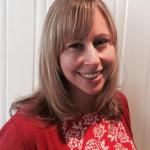 Engagement in the gig economy: a classic oxymoron?

There's a new generation of transient workers who are adding value to companies every day. While their tenure with you may be short, the effects of not engaging with them properly could damage your organisation in the long-term.

If you’d have heard the term ‘gig economy’ a few years ago you’d have conjured up images of lacklustre bands travelling the country in clapped-out vans. Today, the phrase has been coined as a way of describing a workforce characterised by the prevalence of short-term contracts or freelance work as opposed to permanent jobs.

We need to be seeing more examples of effective integration where gig workers are considered to be just as important a component of the workforce as permanent employees.

If you think it’s referring to a relatively small percentage of employees, think again. According to the Office for National Statistics (ONS), an estimated 15% of the British labour market is self-employed with an estimated five million people classified as gig workers.

The statistics get even more surprising if you’d assumed that the majority of these gig workers were Uber drivers or Deliveroo cyclists – ONS figures show that of those people who class themselves as self-employed, 60% work in high-skilled managerial and professional roles.

So, what does this mean in practical terms when it comes to engaging with these transient workers?

Well, whatever you do, don’t ignore them. These gig workers can and will be central to business success.

An EY survey into the gig economy predicted that by 2020 almost one in five workers will be classed as contingent, with 25% of organisations expecting to use 30% or more contingent workers as part of their employee headcount. That’s a significant number. This shift in the make-up of the workforce means organisations need to develop new strategies to support their company culture – both within and beyond the office walls, to foster greater employee engagement.

At the same time, we need to be seeing more examples of effective integration where gig workers are considered to be just as important a component of the workforce as permanent employees.

How to engage with gig workers

Engaging with this mobile and virtual workforce needn’t be complicated. In fact, if you look at the policies you have in place for your permanent employees then they can and should work just as well for your gig workers too.

The key thing is to consider them as employees and not simply as a flexible resource. Taking the time to communicate with them on a human level and treating them with respect will pay dividends in the long run and create advocates for your business.

Just like permanent employees, and probably even more so, gig workers want to know they’re contributing effectively to the business and are likely to be more productive and engaged if they do.

If you don’t, you run the risk they may damage your reputation and be unwilling to gig for you in the future. In that sense look at the way you connect with them in the first place. Could you have started a dialogue with them through social channels before you require their services?

In the same way we look at passive candidate engagement, could these methods work just as well for gig workers too?

Other ways of engaging with your gig workers once they’ve started working with you could include the following:

Create an induction process for your gig workers

The same EY research quoted above also stated that 55% of gig workers are not onboarded. Even if you consider a scaled down version of your induction process, it will give them a real sense of your organisation’s culture, purpose and goals and help them to feel a valued part of the business. The same goes for any new business initiative. Try to involve your gig workers and bring them on the journey with you.

Recognise their work and reward their efforts

Just like permanent employees, and probably even more so, gig workers want to know they’re contributing effectively to the business and are likely to be more productive and engaged if they do. Offer and ask for regular feedback and celebrate their successes. Show both gig workers and employees how much their joint contributions matter.

Provide opportunities for learning and development

Why not consider the needs of gig workers when it comes to your L&D strategy and the benefits you will gain from developing their skills? Are there opportunities to part-fund any relevant training or offer other sources of support such as access to online resources.

As well as continuing your engagement with your gig workers even after their contract work has ended (in order to have them primed for their next gig), you should also be looking to keep your ‘alumni’ employees engaged.

All of the above will provide your contingent workforce with a sense of being a true part of your organisation. That will obviously help them feel valued and supported from the outset but will also help enormously when it comes to re-engaging with them further down the line.

With the growth of the gig economy and the contract work it creates only increasing, then the need for organisations to bring contingent workers back for further gigs will also increase.

If you’ve invested the time and effort initially in engaging with them, then this should make the job of re-recruiting them much easier. And who knows, a gig worker may even turn into a permanent employee.

The need for alumni engagement

If there is another cliched buzzword around at the moment that is of equal validity, it’s that of the boomerang or returnee employee. As well as continuing your engagement with your gig workers even after their contract work has ended (in order to have them primed for their next gig), you should also be looking to keep your ‘alumni’ employees engaged.

As jobs for life are a thing of the past, organisations are seeing more cases of former employees returning to work for them. In most cases this is a hugely positive step as they bring all their past knowledge and understanding with them but with the added benefit of the new experience and skills they’ve gained elsewhere.

We could perhaps look to university alumni programmes to gain a better understanding of how to engage with former employees, taking their processes and tools but with a different proposition.

Perhaps creating a platform for an organisation to share knowledge and insight to past, present and future employees might be a starting point; creating a go-to place for industry knowledge and updates. Whilst the focus wouldn’t be recruitment, it would allow for continued engagement with your talent pools. Capco, a global management consultancy, has started doing just this using live group chats to connect with potential talent and share ideas and stories.

They’ve held chats with the UK’s Managing Partner to talk about his career to date and vision for Capco’s future, but also more specific chats such as with the Data Practice team and about digital disruption in financial services. In each case the message wasn’t recruitment but to provide an opportunity for people to find out more about the business and its offerings.

So, the message for how to manage the rise of the gig economy and its transient workforce should be to embrace it full on. Bring these mobile workers into your business fold and treat them as if they were your own. You will surely see the long-term results if you do.

Interested in this topic? Read The gig economy: preparing for the disruptive forces shaping work.