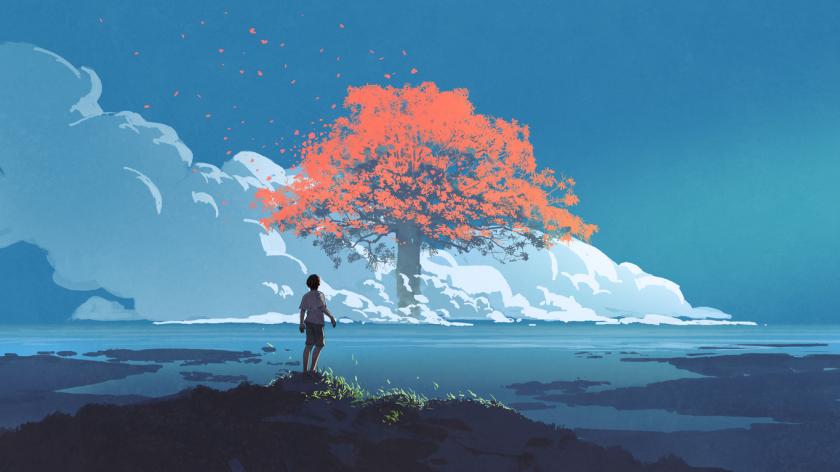 Employee experience and the rise of compassionate capitalism

Demonstrating how you support your people, the planet and society is key to future success. Business leaders who focus on this employee-driven experience will reap the rewards.

I recently finished the book There are places in the world where rules are less important than kindness by Italian theoretical physicist, Carlo Rovelli. What stayed with me most was the impact agriculture had on our societies. As soon as a few individuals began to accumulate stocks of food (read; wealth) problems began. This connected with me and the current sentiment that the global balance of wealth and fairness is hugely unequal. But what impact does this have on our employees and the workplace?

The pandemic accelerated several trends, not least of all our attitude to each other and the world in general. Employees have experienced a number of generation defining events in just a few short years. The under 40s working for you (around half in most organisations) are officially the unluckiest generation in history when it comes to economic growth. They have been subjected to the sharp end of the pandemic and recession; suffered the most during the 2008 recession and will bear the brunt of the current hike in the cost of living.

It’s not necessarily the rejection of capitalism that is important to note here, rather the uneven distribution of it

Unsurprisingly, the latest research reveals 80% of young people in Britain blame capitalism for many issues with almost 70% expressing the desire to live under a socialist system. That figure has increased dramatically across the UK and the US since 2018. Numerous studies have found that in 2022, most young people are very dissatisfied with fundamental aspects of our society, politics, and the economy. On the back of the pandemic, new polling by the Institute of Economic Affairs (IEA) reveals that 75% of young Brits now say they think socialism is a “good idea”.

It’s not necessarily the rejection of capitalism that is important to note here, rather the uneven distribution of it. There is a definite, emerging, and long term socially conscious trend that is capturing the minds of young people, and those 40 years old and older are still far more likely to hold socialist views. This contradicts the long-held assumption that politically young people lean to the left, and older people to the right. It also starts to tell us a bit about how the workplace needs to change to keep up with the young and the now dominant generations.

The idea of compassionate capitalism is growing all over the world. In fact a common feature of almost every group report I read these days are the words “purpose”, “people” and “wellbeing”.  Consumers’ purchasing decisions are now being influenced by how an organisation commits to their people, the planet and society and more than 62% of consumers globally want the brands they buy from to take a stand on social, cultural, environmental and political issues.

Growing corporate transparency and stakeholder influence means investors, board members, regulators and partners are all calling for more data to be shared on people, profit, planet, and purpose too. In 2021 a survey of 600 US investors found that 94% wanted to know details of employee wellbeing – a significant shift in behaviour from those funding organisations.

But we’ve also seen a blurring of the lines between consumer and employer brands. A quarter of consumers now have employee treatment as a buying criterion, with 82% saying they must be able to trust a brand to do what is right by their employees. A massive third of consumers say how its employees are treated has become the most important factor when deciding whether to be loyal to a brand.

How do you design a better employee experience?

So, what does this mean for the employee experience? This is a  fundamental shift from what we designed historic people strategies for (the employer) to who we now need to design them for – the employee. And while I’ve been banging that drum for years, I now have evidence to prove it.

A recent global survey by Edelman asked almost 20,000 people across 14 countries who was the most important stakeholder in an organisation. Just under half of them said the employee and just 12% said shareholders were. This marks a major change in societal attitudes towards how we value employees.

The most advanced organisations now focus on fairness, equality and see wellbeing as critical for sustaining operations

While many organisations are likely halfway between the shift towards more people-centred design at work, the fast-paced nature of change means there is no time to waste; the most successful organisations see employees as the primary stakeholder in a business. They see people as an investment and that adaptability, innovation and decision making are valuable features of having people at work.

To be more successful, when we design experiences at work, we must consider how that experience supports a wider mission for creating safer spaces at work, more fairness and prioritises employee wellbeing. Whether it’s looking at onboarding, choosing your benefits, how you communicate, what tech you use or how managers are trained. Employees are laser focused on several ways they need employers to act:

Employees need more from you

Growing inequality has gone too far for most employees. The share of income going to employees dropped sharply from 65% in 1974 to 57% by 2017. Employees are having to work more hours just to get the income they need to live. Gender and ethnicity pay gaps remain, mental health is getting materially worse, work is getting less stable, wage growth is still slow, and the cost of living is rising. In 2022, UK wages fell by 1% in real terms while the average employee will see income drop by what will feel like a 4% pay cut.

The TUC estimated that since 2010 energy bills have risen at twice the speed of average wages. I’ve never seen so many employers struggle to respond to a societal issue like I have the cost-of-living crisis. But this isn’t the first time and won’t be the last where your people ask you to step up and support where the Government is failing.

If organisations want to truly invest in the resilience of their businesses, they must invest in the resilience of their people by addressing critical issues that affect their wellbeing, communities, financial resilience, and their development. The most talented and sought-after employees have already identified that they want to work for an employer who supports and takes care of them and the wider society.

At the time of writing this article, employees are leaving organisations faster than they can be replaced. Voluntary attrition is a major issue but what is driving this may surprise you. They are leaving because they are upset with uncaring employers, a lack of focus on their needs and a lack of meaningful work.

Organisations need a new social contract with their people that does a better job of caring for them, provides more security and helps them adapt better to economic shocks. You only have to look at the global outcry at the way employees were treated at organisations like P&O Ferries, Better.com, Whole Foods and Amazon to gauge society’s growing anger with uncaring employers.

Social upheaval will continue to drive the work experience

Prioritising short term profits at the expense of individual and societal wellbeing is losing out. There are currently more than 4,000 B Corps in more than 70 countries. In 2019 almost 200 large global corporations including Apple, Pepsi, Walmart and JP Morgan redefined the purpose of a corporation in relation to its impact on society and the environment. The very foundation of capitalism relies on the relationship between employee and employer. Yet this huge power shift (driven in part by the pandemic) is challenging a system that many are tired of.

Six million people dying from Covid had the huge side effect of your people realising just how short life can be. The fact that 90% of workers are willing to earn less money to work for a more meaningful organisation doesn’t seem so surprising anymore. While that doesn’t mean every organisation has to have a social purpose, it does mean that demonstrating how you support your people, the planet and society is key to your future. And this isn’t a message for just HR, it’s a message to everyone.

Interested in this topic? Read Beyond employee experience: A practical framework for embracing 'people experience'.