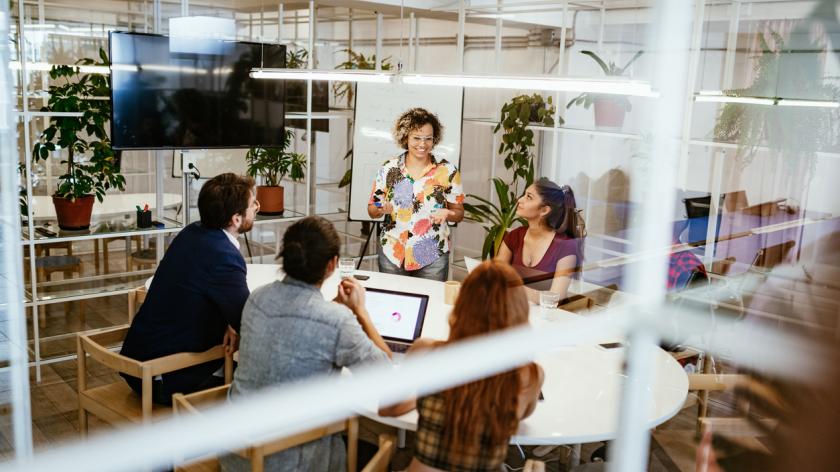 Employee engagement stagnates: what can HR do to turn the tide?

We’ve seen an increased focus on wellbeing in the past year, but for organisations to recover and start to thrive again, employee engagement has to be a priority. Only then can they increase performance outcomes coming out of the pandemic, argue Mona Balasubramanian, Associate Principal, and Jeremie K. Brecheisen, Principal, at Gallup

Although we collectively lived through a global pandemic in the past 18 months, employee experience across different countries varied. Western European workers may have had the benefit of an increased focus on employee wellbeing, but they’ve come out of it less engaged. How can this be and what can HR and leadership teams do to turn this tide?

European stagnation in employee engagement levels will challenge economic growth and recovery of the region as it limits innovation and productivity.

Western European workers fared better than the global workforce even on factors that contributed to their livelihood. For instance, 50% of global workers indicated that they received less pay from their employer than usual, and 32% lost their employment.

In contrast, in Western Europe only 24% of workers indicated that they had received less pay from their employer than usual and just 6% indicated that they had lost their employment. These are the lowest levels among all global regions. Timely government and corporate interventions, financial support vehicles (furlough schemes, low-interest rate small business loans and social welfare policies), employee-friendly labour laws and ease of adapting to flexible ways of working are likely factors that have benefited Western European workers.

The greatest workplace challenge across Western European countries remains employee engagement, as it has remained stagnant over the last decade with just 11% of employees engaged in their day-to-day workplace experiences. This means few European workers feel connected to their work, their co-workers, and their company.

These low levels of engagement contrast globally where employee engagement has seen an increase from 12% in 2009 to 20% in 2020. Even Germany, which is regarded as an economic powerhouse, has experienced flatlining engagement over the last two decades at 15%, while the UK has not moved significantly from 11% despite any impact caused by major external macroeconomic events such as Brexit.

European stagnation in employee engagement levels will challenge economic growth and recovery of the region as it limits innovation and productivity. Nevertheless, HR leaders can help companies to own and improve workplace engagement by making it a strategic priority.

In its report, Gallup also found that negative emotions of worry, stress, anger, and sadness experienced by employees across the world reached record levels in 2020 – 32% of workers in the UK said they experienced high levels of daily worry.

Over time, these negative emotions can cause suffering and destroy the human spirit that drives innovation, productivity and economic growth. Cultivating employee resilience and minimising workplace enablers of negative emotions should therefore be an area of focus for leaders of Western European organisations.

High levels of wellbeing and low levels of engagement indicate that employees may be taking advantage of workplace perks and benefits, but they are less driven, agile and innovative. They will be present and show up but are less likely to give discretionary effort. For these workers it’s just a job, and there is a large degree of indifference to the company’s success and even to their own work and career ambitions. They often believe engaged employees live to work, while they work to live, but that is the opposite extreme of having high engagement and low wellbeing. When both are high, there is balance and commitment – and that is when both individuals and organisations thrive.

The persistent myth that working longer hours equates to being highly engaged and productive at work must end. Presenteeism and putting in long hours is not the same as engagement or productivity. Employee engagement goes beyond presenteeism, employee happiness or even satisfaction; it is focused on realising fundamental human needs at work with proven links to performance outcomes.

Improving employee engagement can increase several critical organisational performance outcomes and KPIs, and this relationship is even more pronounced in difficult times. Engaged employees are also more likely to be considered thriving in their wellbeing and are less likely to report feeling stressed or worried.

Employee engagement, resilience and wellbeing must co-exist to sustain high performance. Organisations in Western Europe must focus on actively driving employee engagement and resilience, while sustaining the relatively higher levels of wellbeing witnessed in pockets of this region compared with the rest of the world.

Driving employee engagement cannot be vested in the hands of HR alone – up to 70% of variance in engagement occurs at a local team level, so engagement is largely driven by people leaders. It is, however, the role of HR to make engagement a leadership priority and to build the capabilities of their people leaders to engage their teams effectively. What gets measured gets managed – so accurate and timely measurement must be part of the strategy to drive meaningful action and change.

Bouncing back from the setbacks of the pandemic will be top of mind for most leaders and organisations. Employee resilience, wellbeing and engagement has probably never been higher on the agenda. It is time to seize the opportunity and drive change.

Interested in this topic? Read Why you should not cut your engagement and culture budgets in the current climate.