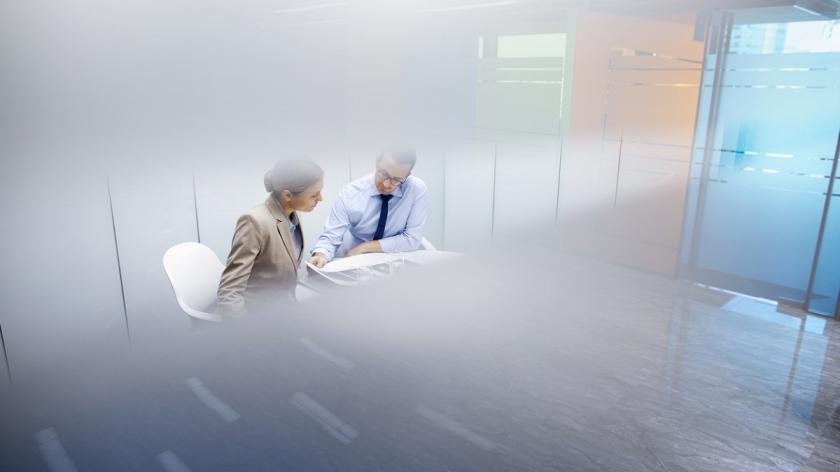 Employers are ramping up the range of benefits on offer to employees in a mad scramble to find that elusive engagement silver bullet. As Facebook announces its latest offering, up to £15,000 for female employees to freeze their eggs, we've surely reached peak perk - and the moment to say, enough!  A recent global report on happiness certainly thinks so.

According to The World Happiness Report 2017, paid work is ranked lower in terms of the happiness it brings than any of the other 39 activities listed, with the exception of being sick in bed. It's no wonder perks like Netflix and Virgin Management's unlimited leave policy and Google's free organic breakfasts, hair cuts and nap pods get so much air time. They sound fun and valuable, why wouldn't they make people happy?

There are warnings though about this inflationary benefits scenario.While being allowed to take unlimited holidays sounds great, the reality is, says emotional intelligence expert Dr Travis Bradberry writing for the World Economic Forum, that the sense of accountability and ownership it gives people means many will end up taking no holiday at all.

Similarly, psychologist Dr Sandi Mann told the BBC recently that the downside of a perk-rich regime is that people can feel owned and expected to devote their life to the company.

Some companies are side-stepping pitfalls like these by jumping on the happiness bandwagon in a more straightforward way, appointing Chief Happiness Officers and striving to inject fun into office life. I'm thinking of the slides Google's installed between floors so moving around the office becomes 'fun'. Of shoe retailer Zappos which encourages employees to dress as their favourite animal.

And of Inventionland, which has turned its workplace into what could be mistaken for a children's playground with a fake pirate ship, giant shoe and tree house.

While it's great to see this focus on fun at work, the cult of compulsory happiness that can accompany it is concerning. Employees obliged to put on a rictus smile as they enter the office or express joy at every task are all the more likely to feel utterly joyless.

In fact, it's no stretch to see forced happiness as having the same kind of negative impact as old-style engagement programmes. Both can cause stress and burnout, with people feeling manipulated to act in a certain way and work (or smile) ever-harder in order to conform and gain favour and promotion.

So if corporate clowning and Band-aid benefits aren't the answer to the happiness question, what is?

It's worth thinking seriously about this, because happiness has been recognised as the holy grail of engagement. It is what gives people the energy and enthusiasm to want to engage and perform at their best. It's what means the manipulation can stop.

As positive psychology expert Shawn Achor put it during a 2011 TED Talk, 'Intelligence and creativity levels rise.... and every single business outcome improves when employees are happy.

The problem is that since happiness has shot up the HR agenda, companies have tended to see it in terms of the external world, as a kind of management tool to regulate workers' psychological states. The reality of course is that the core of happiness comes from inside.

If we want people to feel genuinely happy and have the resources and desire to bring their best selves to work every day we must look to human nature for guidance not corporate control.

There's broad consensus among behavioural scientists about what humans need to feel happy. I'm with Professor Paul Dolan who said in a CIPD report, Moving the employee well-being agenda forward’: 'A happy life is one in which an individual has daily experiences that generate a good balance between fun on the one hand and fulfilment on the other.'

He agrees with The World Happiness Report 2017 that happiness also depends on 'the level of individual autonomy enjoyed by the employee.' I'm sure we all recognise that we're intrinsically more motivated and accept more personal responsibility when we have chosen to do an activity as opposed to being directed to do it.

The fifth happiness factor is another no-brainer: being part of a supportive community. The World Happiness Report stresses the importance of the support employees receive from co-workers around them and this is backed up by research from Nottingham Trent University, The Relationship Between Group Identification and Satisfaction with Life in a Cross-Cultural Community Sample which confirms that a sense of belonging to a group is crucial to happiness and that we need the support of other people to be at our best.

New ideas making the most of our growing understanding of these happiness factors are starting to emerge. Do Happiness, for instance, a six-week online programme from Action for Happiness and Do Something Different, is all about small positive actions that build happy habits and boost and sustain happiness.

Employee engagement schemes are introducing elements such as happiness days, where employees are given an extra day's leave and a small budget to do something that makes them happy. While these are on the right path, they're nowhere near far enough along it.

Happiness is a state of mind not a one-off event, perk or reward. Realising the happiness advantage requires a totally new approach to performance management that frees people to choose to develop the happiness habit.

Bringing the five happiness factors into employees' daily lives is the secret behind engagement. It's the only logical and sustainable way to encourage and enable people to feel more positive, more empowered and more energised every day.

I'm the CEO and Founder of Avinity, a performance improvement specialist. Avinity has helped hundreds of companies improve their performance through employee engagement and customer loyalty since it was set up in 2005, with a particular expertise in global and in-country reward sourcing and fulfilment.

"Happiness is a state of mind not a one-off event, perk or reward. " I think this should be the ultimate goal of every firm that concentrates on employees welfare. If at all this is followed the relationship between both sides can be strengthened holistically. This should be the job of an ideal HR Services that can bring about such approaches.
Great insights mate..!!