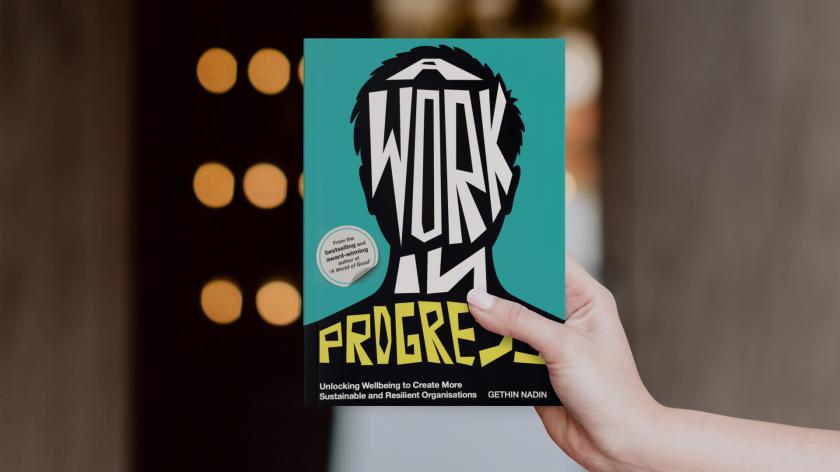 Book excerpt: 'A work in progress' by Gethin Nadin

While many of the most progressive organisations already had wellbeing leads and dedicated wellbeing budgets, the crisis forced the masses to confront and admit their role in employee wellbeing for the first time. But as well as employers realising the role they had to play, a perfect storm of the pandemic, a challenging economic environment, and the cost-of-living crisis all led to stress among the world’s employees reaching an all-time high. Global wellbeing was hit very hard by the pandemic.

Before the pandemic, we were already failing people’s wellbeing in almost every advanced economy

Half of us are now likely to say we experienced ‘a lot of daily stress’ yesterday, and just 33% of global employees say they are ‘thriving’ when it comes to their wellbeing, Part of the reason we were hit so hard was that we were ill-prepared for the pandemic. Our financial resilience was low, most employers didn’t know how to facilitate remote mass working, and wellbeing support from the state and most employers were either non-existent or in its infancy.

Before the pandemic, we were already failing people’s wellbeing in almost every advanced economy. The world simply wasn’t prepared for an event that would test and exacerbate our poor wellbeing as the pandemic did. Before 2020, global data on mental health conditions and overall wellbeing were bleak; mental health conditions contributed to 25% of lived years with disability worldwide; depression was a leading cause of disability, affecting 264 million people.

Even for young people, a lack of state support, funding for and awareness of mental health was ensuring adults were entering the workforce already struggling. Around half of all mental health conditions start before working age, and suicide is the leading cause of death for younger employees.

Fast forward to the midst of the pandemic, and the global prevalence of mental health among the public was higher than expected. Data from 32 countries and half a million participants showed that our collective mental health got much, much worse because of the pandemic. The global prevalence during the pandemic was 28% for depression, 26.9% for anxiety, 24.1% for post-traumatic stress symptoms, 36.5% for stress, 50% for psychological distress and 27.6% for sleep problems.

Almost half of employees say their mental health got worse because of the pandemic. Even Google searches for ‘anxiety at work’ were up by 89%. Covid-19 walked back almost all of the very small advances we had made in supporting people’s mental health.

But we have another problem when your people look towards the state for support – trust in Governments and health systems is falling. In almost every country, trust in state-provided healthcare has worsened during the pandemic. In the UK, the public is generally quite pessimistic about the standards of care provided by the NHS with almost half believing standards will worsen in the future. More than two-thirds of Brits also think the standard of social care has gotten worse in recent years.

This is a considerable shift downwards from research conducted before the pandemic, where public views on the quality and standard of UK care were much more positive. So, where does this leave us? Globally, state-run healthcare tends to be stretched and underfunded, so over time, I think the public has begun to see a new role for the employer to provide where the state isn’t.

During the height of the pandemic in 2021, the average employee took three-and-a-half days off due to poor mental health

Employee wellbeing: a problem for employers

I think the lack of investment in, and attention paid to our wellbeing by the state is part of why employee wellbeing has – maybe unfairly – fallen on the shoulders of employers. But employers are also bearing the brunt of the failure to support people.

During the height of the pandemic in 2021, the average employee took three-and-a-half days off due to poor mental health. That was up from 2019 and is now costing UK businesses more than £45 billion a year – a rise of 16% since 2016. Around a third of the UK, workforce took time off due to poor mental health in 2021, with more than 60% of absences lasting longer than five days.

It’s very clear that wellbeing has become a new imperative for employers, but it’s important to note it has shot up the requirement list for employees too. For most employees, an organisation that “cares about employee wellbeing” is now the number one most desirable to work for.

Global research at Benefex found that just under half of employees say their expectations of how their employers support their wellbeing have increased since the pandemic began. A massive 92% of employees across the UK, US, Singapore, and India told us that a ‘commitment to employee wellbeing’ was now the most important factor when selecting a new employer.

But employee requirements and employer actions aren’t matching up. Three-quarters of younger workers admit to leaving a job for mental health reasons. Yet while 60% of employees say they have experienced poor emotional wellbeing at work, close to 60% of them say they haven’t felt able to talk about this in the workplace.

Employers are now more primed than ever to step up

Even for the 40% who did feel they could talk about their poor emotional wellbeing at work, less than half described talking about it with their manager as a ‘positive experience’. We are pushing wellbeing at work, but it feels like in many cases we still aren’t ready to culturally receive it – and that has to change – quickly.

According to the US Department of Health and Human Services, around 75% of healthcare costs originate from preventable illnesses and chronic conditions. This puts employers in a uniquely influential position to positively impact the wellbeing of their people. Employers are now more primed than ever to step up. The huge evolution workplace wellbeing has gone through over the last few years has led to most large global employers now taking a more activist role in employee wellbeing and I hope this is one of the reasons why you’ll pick up this book. 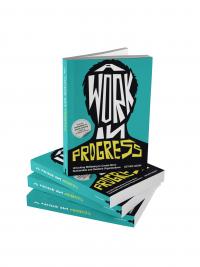 A Work In Progress is available from Amazon, and most good online bookshops priced £7.99.