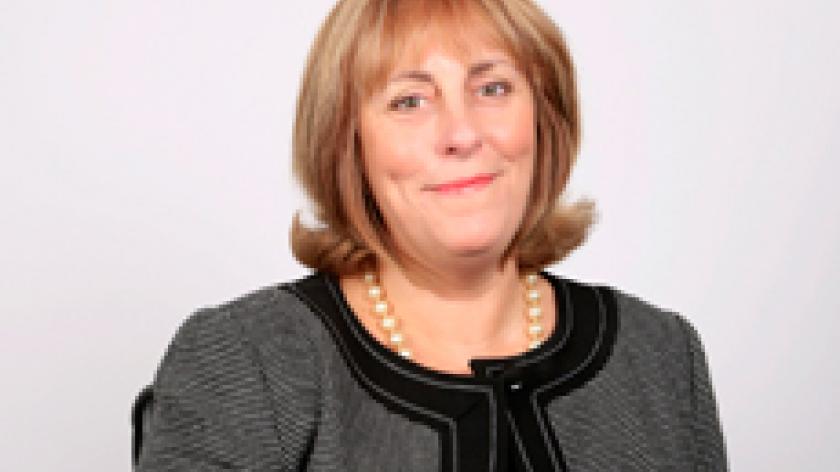 For Lynne Graham, HR director of high-end catering services firm, Westbury Street Holdings, employee engagement is more than a buzzword - it has seeped into the fabric of the company.

“I have a very strong belief in engagement,” she says. “A lot of companies see engagement as an internal PR exercise - reward and recognition and doing a bit of voluntary work. They see it as something peripheral to the business.”

But Graham believes that, to truly work, it must go beyond such a scenario and become deeply embedded within the organisation. “It is fiercely protected [at WSH],” she says. “Not like a tide that goes in and out - it is absolutely entrenched in the values.”

The importance of treating people with respect is something that has stayed with her since working at her first employer, Clarks. “It was a fantastic company with great values,” she remembers.   Part of the reason that Graham liked the company so much was that it was set up on Quaker principles, which meant that respect for individuals, ethics and learning and development were fundamental tenets.   But although she was supposed to spend two years working in every part of the business, her single-mindedness meant that a one-off graduate programme was created for her.   She started in retail in the August and, by February, was running a shop of her own with a full profit and loss account as well as having buying responsibility. Within 18 months, Graham was area manager.   But she is grateful that Clarks was the kind of company where she could receive the training, development and opportunities to rise up the ranks so quickly. After five or six years in operational management, however, she realised that the aspect of her job that she enjoyed most was training and developing people.   She identified that, while the firm was great at training sales people to provide them with the right skills, it was less accomplished at management development.   To fill this gap, Graham set up a management training function. Her original idea was to get it off the ground and then return to an operational role, but she readily admits that she “got the training bug”.  Taking full responsibility  At the same time, she read up as much as she could about HR and subsequently became HR manager. “I was so fortunate that my enthusiasm for wanting to do new things was in an organisation that was open to that,” Graham says.

She’d been at Clarks for 10 years when a chance meeting with someone at another retailer, Texas Homecare, led to her next challenge as regional HR manager at the now defunct DIY chain.   It was a shock to the system. “I went from a hugely nurturing, culturally high-values company, independent and growing and on the high street, to a company with out-of-town stores and an absolutely ruthless management style of ‘hire-and-fire’. Wow! That woke me up!” Graham laughs.

It certainly wasn’t an easy ride, but she learned a lot. The workforce was culturally diverse, which presented her with race relations issues to deal with and she was working 14 to 15 hour days. “At the time, I just don’t think I realised how much I was learning. It was full-on,” Graham recalls.

Her next major role was at the Safeway supermarket chain where she had responsibility for senior-level resourcing and assessment. She remembers it as a time where she really started to understand the importance of measuring the strategic value of talent and how to develop it.

But Graham also identified some gaps in her CV that she was keen to fill. For one thing, she had never had a European or international role and she had never dealt specifically with industrial relations.   Although she had headed up HR in small companies or the equivalent in parts of big companies, she felt that she was now ready to take full responsibility. She also wanted to extend her experience beyond retail into other sectors, while still retaining a focus on customer service.

Becoming HR director at Eurostar managed to tick off all of those boxes and more. On Graham’s very first afternoon, the customer services director resigned and she was asked to babysit the role for six months, with a view to taking it on permanently – subject to performance - on top of her existing HR responsibilities.   “After six months, you would have had to knock me over to take customer services away from me,” she says. “I love doing operational stuff and had a strong and very talented team to support me and I was able to bring something slightly different with the retail aspect. I loved the product and was so proud of it and still am.”

Although it was a difficult decision to leave the train operator, Graham’s next move to British Gas as HRD opened up a tremendous opportunity to develop her career further with another well-known UK brand.  Employee engagement  And one of her key motivations behind the move was the possibility of getting involved in industrial relations. Around 90% of the firm’s engineers were trade union members and it was going through a massive change programme.   But in 2004 when she took on responsibility for employee engagement, she felt that all of her previous experience had finally fallen into place and made sense in a way that it hadn’t before.

While at this point Graham planned to take a year out, she quickly found herself lured into a consultancy role. “It was great to be creative without the day-to-day pressures of being accountable,” she recalls.

The time that she spent outside of the corporate bubble taught her that, although she was quite independent, she liked to work with people around her and to build a team, however. So when a role opened up at WSH, she was keen to immerse herself in corporate life once more.   Although it isn’t a household name, WSH is a ‘white label’ company comprising five separate businesses and providing high-end restaurant and catering services, the biggest of which is BaxterStorey.   It has also experienced double digit growth over the last 10 years, going from £0 to £400 million in revenue terms, with plans to double in size again. “The company is very big and it’s very hidden,” Graham says.   What was particularly interesting about it from an HR perspective, however, was that between 70% and 80% of its staff did not join the company voluntarily, but were taken on when it won a contract.   But clearly, as a service-based business, it was essential to try and win over the hearts and minds of those employees who had joined via no matter what route.

The ideas for how to encourage engagement came right from the top, however. WSH’s chairman and chief executive is a former chef himself and so believes that each chef should be given a huge amount of responsibility.   Moreover, while the company’s competitors have introduced highly centralised supply chains to cut costs and often use pre- or part- baked goods so that they can employ lower skilled labour, WSH takes the opposite view.  Preserving culture  Chefs decide what they want to cook, source their own food and buy locally. They have the autonomy to do what they like as long as their profit levels hit a certain level.

“When we take over a client site, we re-energise the team,” Graham says. Money and time is invested to try and make new employees feel part of the company and assume ownership and accountability for what they do.   This involves retraining them in how to cook and teaching them the necessary skills to become baristas. But even though each site and chef has a lot of autonomy, there are common health and safety and reputation management issues to deal with.   To this end, strong processes have been put in place and underlie everything. “You can’t just chuck empowerment out there. I usually see it as set of scales - what I expect individuals to do and what we can do to help them,” Graham says.

Operational managers who oversee groups of sites are also key players. Most firms have one manager looking after between 30 and 40 outlets, which means that they can only manage by exception when something goes wrong.   But WSH keeps those ratios down to 12 to 15 per manager, which constitutes a huge financial hit in a sector operating on slim margins. But it does mean that those managers can provide personnel with more support.

The firm is in fact currently running a course for its operational managers in order to establish what is it that the company could refrain doing: so what is a pain to do, for example, and what would make their lives easier?   While it won’t be possible to change everything, the move will, at the very least, provide an opportunity to explain to staff exactly why certain things cannot be changed.

As the business continues to grow, Graham sees one of its key challenges as being how to preserve its culture. Once it becomes too big for senior managers to visit all of its sites, an alternative way of communicating information will have to be found - but nothing too formal and corporate.   “If my boss tells me something is too corporate it’s shorthand for it being too bureaucratic and tiresome,” Graham laughs.

And finally…
Who do you admire most and why?
I am a non-executive director of an NHS Trust, which provides mental health and community services in Berkshire. I admire nurses. Whether they are working in the community with the most fragile and poorly patients or in our hospitals with the chronically ill, what they do is simply amazing.   I particularly admire those who work with people with complex mental health issues. The skill and compassion that I have witnessed is awe-inspiring. It puts the trivial stuff that we fret over in the business world into proper perspective.
What's your most hated buzzword?
At work, it’s “low-hanging fruit” (in other words, benefits) and “paradigm shifts” (change). I also can’t bear “in reality” when what they mean to say is “really”. On TV, it’s when presenters urge the audience “let’s give it up for...” instead of asking for applause or thanks. But it is the inappropriate use of apostrophes that really makes me seethe!
What's the best piece of advice you've ever received?
Hard to adhere to sometimes but “if you can’t say something nice, say nothing at all”, as advocated by my grandma who was a very wise woman.
How do you relax?
Alone! Anything where I can be quiet and introspective – gardening, reading, doing crosswords, painting, walking...even clearing out the kitchen cupboards.