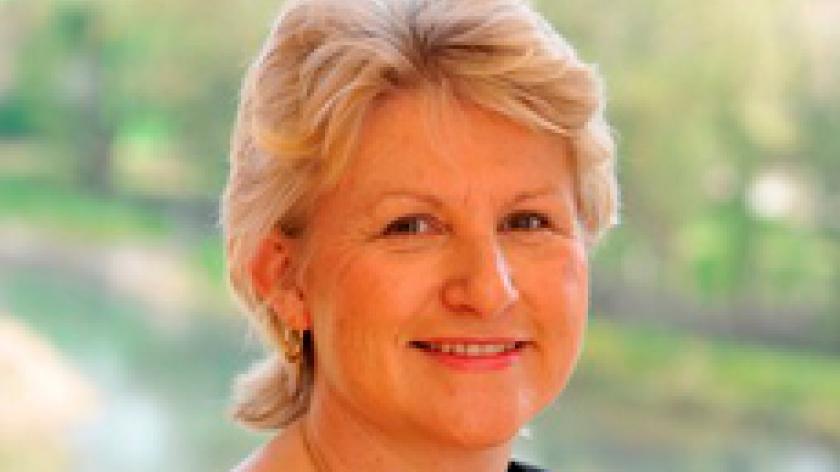 When Julia Warren joined the graduate programme at the John Lewis Partnership in 1982, she had every intention of becoming a general manager as she loved customer service and retail.

Two years in, however, her “crazy managing director” asked her whether she would like to run staff management. She was only 23, had no idea what the role entailed and no relevant professional qualifications. It was also a big organisation with 1,473 employees.

But of course, Warren jumped at the chance, even if her managing director suggested that she keep it quiet from her colleagues just how young she really was. And the rest, as they say, is history. She made a success of the role and has stayed in HR ever since.

After 12 years with John Lewis, however, Warren felt that it was time for a new challenge. A chance meeting with Vicky Wright, a former president of the Chartered Institute of Personnel and Development and current managing director of the Hay Group management consultants, led to her joining Hay as head of HR and HR consultant. She remembers it as one of the pivotal points in her career: she had access to an HR ‘guru’ and management ideas at a time in which she was still soaking up new experiences like a sponge. Learning opportunities
From there in 2001, Warren went to work on a consulting project at Thomson Reuters, which involved setting up a new element of its HR organisation. She helped grow the business and move the organisation from being very UK-focused to becoming a global concern.

One of the main things about the firm that impressed her was its dedication to keeping good staff. No one in Thomson Reuters undertook the same job for longer than two years. This meant that it was possible to catch people just on the brink of leaving and to offer them a can’t-miss opportunity. “Opportunities came up and I always felt these opportunities increased my learning and gave me experience and depth to that experience,” Warren explains.

Sometimes she was surprised at how much she enjoyed new roles that on paper didn’t first appeal. One of those involved working in the finance division, which she wasn’t at all sure would suit her. But it led to her working in India and proved an important learning opportunity. It is advice that she is keen to pass on to the younger generation of HR professionals: grab every opportunity that you can, even if, at first glance, it doesn’t seem like a perfect fit.

Warren was happy at Thomson Reuters, so when she was approached by international services company Serco to join as HR director for the UK & Europe at its newly-formed UK & European division, she wanted to be sure of what the company had to offer. Two key things impressed her: the fact that it was a very values-driven organisation and the diversity of its workforce of 32,500 staff. Common thread As Serco is a services company operating in industries ranging from healthcare, science and education to defence and transport, she admits that she bored her family for the first six weeks in the job by regaling them with all of the new roles that she’d discovered in the portfolio. They included everything from train drivers and engineers to pilots and nuclear scientists. Although the sector was a new one for Warren, it shared the common thread of working with service people who needed to understand customer service. After joining in April 2012, she spent the first couple of months with business users. “In my personal view, you cannot do HR effectively unless you’re talking to and properly understand the business,” she says. “You need to be able to empathise - you can’t implement best practice without understanding what is appropriate.”

What Warren has found is that many employees have a strong vocation and feel passionately about what they do. But there’s no one-size-fits-all in terms of keeping such a diverse employee base engaged and focused. “I need to be able to make sure that policies don’t lose sight of the fact that the way we engage with people can be different. You need to do more than throw money at engagement,” she explains. One of the ways that Serco celebrates employee achievement, however, is through its Pulse awards, which recognise people who go above and beyond the call of duty.

And it would seem that the diversity of Warren’s career and her breadth of experience also puts her in a good position to attract and keep the best staff possible.

Who do you admire most and why?
Camila Batmanghelidjh, the larger-than-life woman who has done a huge amount of work with damaged children and runs two children’s charities. The work that she has done is incredible and I like the fact that she dresses so flamboyantly.

What’s your most hated buzzword?
I hate the term ‘operating out-of-the-box’.

What’s the best piece of advice that you’ve ever received?
Always treat others how you would like to be treated yourself.

How do you relax?
I’ve got a husband, children of my own and a stepson. My husband and stepson are chefs, which means that we’ve always got a lot of people in the house and so my relaxation is centred around food, family and kids.