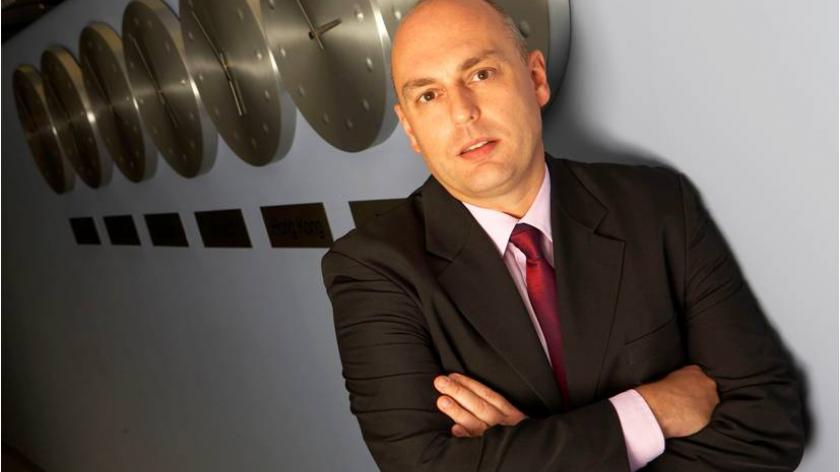 Although ‘persistence’ and ‘staying the course’ may not be the sexiest of qualities, they are important ingredients to business and HR success and should not be underestimated, says Jez Langhorn, McDonalds’ vice president of people for the UK and Northern Europe.

And in fact, such doughty terms could also be applied to his own working life and the somewhat circuitous route that led him into HR. The fact is that Langhorn started working for the fast food chain in 1985 when he was only 15 years old and studying for his ‘A’ Levels.   Rather than go to university, he decided that he would prefer to earn a wage and hang out with friends, but after a year or so decided that it was time to focus on forging a career with his employer. This saw Langhorn work his way up through the operational hierarchy, becoming a restaurant manager, followed by an area manager, before becoming a “recipient of some talent processes - before we recognised them as such”.   But he also volunteered on two separate occasions to be seconded to the HR department because of an active interest in people. His first stint was a two-year voluntary posting as an HR officer and the second, under a similar set-up, was as HR manager for the south of England.   By 2005, however, when Langhorn was a director of McDonalds’ operations team, he was approached to work on improving the company’s employer brand and reputation, which he acknowledges were “at a low point” in the early 2000s.   “Part of the transformation journey was to open people’s eyes to the reality of working at McDonalds. We’d always had a good people story, but hadn’t articulated it well and so we’d allowed negative preconceptions to line up,” he says.  A passion for people  Among other initiatives, Langhorn launched the ‘It’s not bad for a McJob’ campaign, which was intended to highlight surprising facts about working for the firm.   But over the next few years, he also started taking on more and more responsibility for different elements of the UK’s HR function and, by 2009, was made HR director. This saw him leading an HR, education and training team of 100 to cater to the needs of 85,000 staff working in 1,200 restaurants across the country.   “It was an active decision. People are my passion and I think that McDonalds can make a real difference to people and the community,” Langhorn says.   For example, he pioneered the firm’s learning and development activities, which are intended to boost the skills levels of workers, some 44% of whom have two or more indicators of social disadvantage.   The company has spent £35 million to provide apprenticeships and launch a degree programme for store managers with Manchester Metropolitan University. It is also only one of three employers in the UK to have been given awarding status for basic skills qualifications in maths and English.   Promotion came again for Langhorn in January this year, however, when he moved into his current role, replacing David Fairhurst, who moved up into a pan-European position. Langhorn now reports to Jill McDonald, chief executive and president of McDonalds’ UK and Northern Europe.  Persistence and determination  As to what skills and experience are necessary to perform his job effectively, Langhorn believes that, while HR functional expertise is important, it is also vital to have a broader view of other areas of the business.   “People strategies have to be part of the business strategy, not something separate that needs to be brought together or aligned. They have to be integral to how you do business, which means being broad enough yourself and having a good business understanding,” he explains.   But Langhorn also believes that this holistic view of the world must be blended with a healthy dose of dogged persistence. The rationale is that having the most innovative ideas in the world is of little practical value if they are not carried through and implemented effectively.   “They’re fantastic, but you have to see them through and ensure that they’re embedded in the business. It’s the ‘grinding it out’ philosophy,” says Langhorn. “So it’s not just about making a PR-led business impact. It’s that persistence and determination to see things through that’s critically important, tied with strong communications.”   As to what the future holds, he reckons that HR as a function will become ever more critical in today’s brand-aware world.   “The face of a brand on the high street is its people and they’re managed through the HR team so the function will become even more critical in learning how to engage, for example, not just with Generation Y and Z, but with later life workers too,” Langhorn says.   And such engagement is vital because of its link to improved customer service and increased revenues and profitability. “HR can be a force for the good for the wider business because highly-engaged staff deliver better service for customers and also become a source of rich customer feedback data,” Langhorn concludes.   And finally...   Who do you admire most and why? One of my claims to fame is that my great, great etc grandfather’s pen name was Mark Twain – otherwise known as Samuel Langhorne Clemens. And I have to say that I always really enjoy his slightly tongue-in-cheek quotes. He had a pragmatic sense of humour, which always makes me smile, and he’s a very intelligent writer.   What's your most hated buzzword? Synergy. There’s an assumption in there that things aren’t thought through. Well-thought-through strategies are inclusive and take account of all parts of the business.   What's the best piece of advice you’ve ever received? Don’t give up. Persistence, staying the course – they’re not the sexiest of qualities, but they’re important.   How do you relax? I’m married with two daughters and we enjoy travelling together. My passion is deep-sea fishing and we went on a trip to go Marlin fishing off the coast of Africa last year. I caught a 350lb blue Marlin and it’s one of those moments that I’ll look back on.