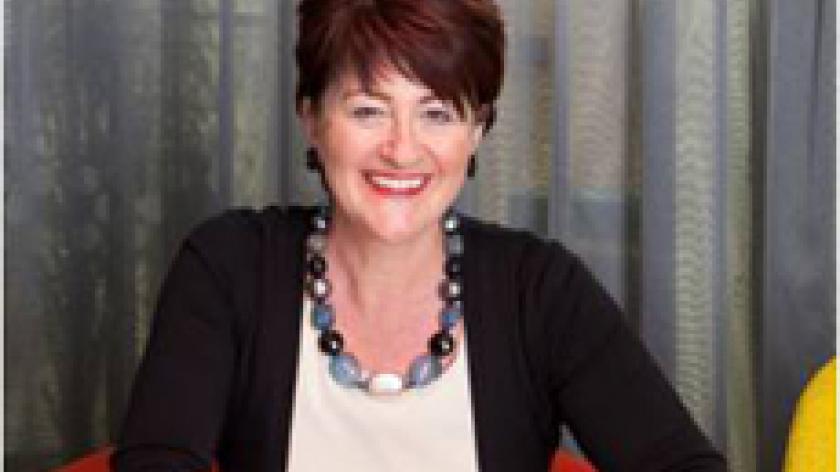 “I am a business person first and an HR person second,” she says.

It’s a message that she makes sure her almost 100-strong UK HR team understands. Commercial acumen is a vital ingredient to being a top-level HR professional, she believes. “I think HR is about the pragmatic application of common sense. If you are a business person, you can do HR,” Pickering explains.

Keeping HR closely aligned with business goals has paid dividends at O2 and, by focusing on employee engagement, she has helped create a happy and motivated workforce. Because happy workers create happy customers though, O2 has consistently appeared in the Sunday Times ‘Best Companies to Work for’ list and enjoys a reputation for good customer service.

Pickering’s HR career began, however, on taking part in Marks & Spencer’s graduate trainee scheme, where she was given a great deal of responsibility at an early age. But the situation wasn’t without its challenges.   She vividly remembers having to deal with a heated argument between two workers as one accused the other of sleeping with her husband. For Pickering, a mere 22 years old at the time, this scenario was way out of her comfort zone, but she somehow managed to bundle the women into a room to sort out their differences. Immense variety  But after three or four years at M&S, she decided it was time for a change. “I was working at Brent Cross and got home late on a Saturday night and thought my feet are really hurting me, but I haven’t used my brain,” Pickering says.

So in 1986, she moved to a job in the Square Mile, working for Fidelity Investments. The jump from retail to City finance at the height of 1980’s excess was quite a culture shock.   “It was bizarre,” she laughs. “The money in the City at that time was amazing - it was a case of choose your office and choose your artwork for the walls. I’d moved from somewhere that was structured, rigid and process-driven to somewhere with none of that.”

But the high life came to an abrupt end when the economy bombed, forcing office closures and redundancies. Pickering herself chose to take the latter and shifted sectors again to move to IT services firm, Xansa, now known as Steria.   She stayed at the company for 13 years that were marked by immense variety, handling everything from graduate recruitment and employee relations to setting up an offshore Indian operation - while also managing to squeeze in having two children along the way. By the time Pickering left to join O2, Steria had grown tenfold from an organisation with 650 staff to one employing 6,500.

When she joined the mobile phone operator as head of customer service and retail in 2004, it was relying on huge numbers of temporary workers. But Pickering set herself the goal of replacing them with permanent staff as part of a wider vision to improve employee customer satisfaction.  Engagement as a business imperative  The company already had a programme devoted to customer satisfaction, but it was Pickering’s aim to extend the scheme to include personnel. “We wanted to create an environment where people wanted to jump out of bed and go to work; where the employees were highly engaged,” she says.

The rationale was that if call centre workers were highly motivated and engaged, customer service would also benefit. “I got the CEO and UK board on board to get them to understand why this was a business imperative. My colleagues on the UK board got it - if you are a lone HR voice talking about engagement, then this kind of initiative just won’t work,” Pickering observes.

O2 has now just completed its biannual 'Reflect' employment survey and, although Pickering has yet to collate the results, she is hopeful that the high response rate of 81% reflects a positive employee attitude towards the business.  As the economic turmoil continues, however, she has begun trying to find ways to help workers make their money go further, after being shocked by a statistic indicating that 38% of British people currently have no disposable income left after paying for accommodation, bills and food.

“That’s going to be our people as well so I started to think about what could we do to help them,” Pickering explains.

As a result, she has set up workshops to help people understand the complex world of pensions and how to get the most out of the corporate ISA. The firm’s Priority Moments discount and offers service is also being expanded from covering just customers to employees as well. A marathon, not a sprint
Pickering has had a seat on the board since she took over the HR director role in 2009 and, as such, has daily contact with the chief executive. “I don’t run a P&L department, but my role is as a decision support,” she explains.

The shift from being a manager to becoming a director was a challenging one, however, Pickering remembers. “You realise that you’re running the company and not just a function”, she says.

Once at director level, she also believes that it is vital to broaden your perspective in order to look, not only at what is going on in other departments, but also in other firms operating across numerous sectors. As a result, Pickering and her team regularly get together with other companies’ HR groups in order to share experiences and learn from each other.

A key focus in 2012, meanwhile, will be to examine what skills the telco is likely to need in future. In reality, this approach means always recruiting on the basis of attitude rather than skills as it is far easier to offer training than shift mind sets.

Looking back over her career in HR, however, Pickering believes that moving sectors has provided her with invaluable experience and given her a more rounded outlook. “When I look back and reflect, the thing that gets me is that my career has been a marathon, not a sprint,” she concludes. And finally...

Who do you admire most and why?
Dame Hilary Cropper, my chief executive at Xansa. She was fab and saw something in me and took me under her wing. She taught me a lot about being a woman in business.

What’s your most hated buzzword?
When you’re told someone “left the company to pursue other opportunities”.

What’s the best piece of advice you’ve ever received?
When I was leaving Xansa, I said to my new boss: ‘I have a good work-life balance. Will I have that at O2?’ and I was told ‘We’ll give you the tools to do your job, but at the end of the day the only person who can manage your work-life balance is you’.

How do you relax?
I‘m a big Liverpool Football Club fan and I live just outside of Sheffield in the Peak District so I enjoy walks with my dog. I also try to do two or three 10K runs a year.