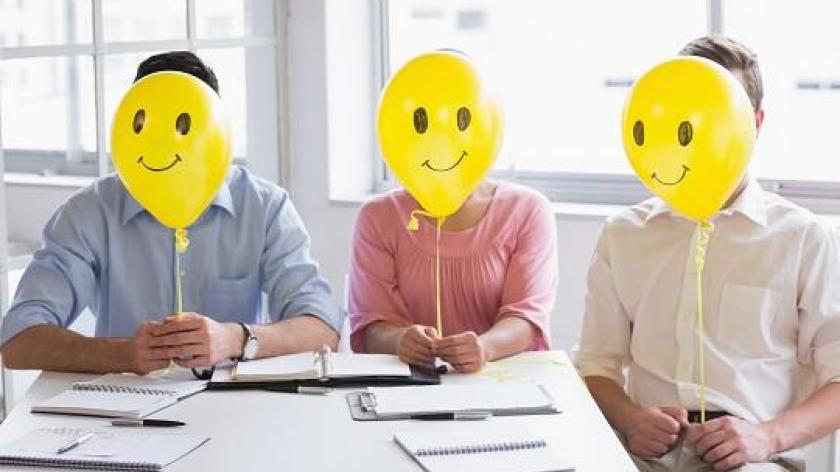 Staff that smile on demand play havoc with their emotions

There’s an emotional and physical price to pay when people are forced to display feelings that don’t coincide with how they’re actually feeling.

Researchers followed 78 bus drivers in the north-western United States. Over two weeks they answered surveys before work, after their shifts and just before they went to bed. The questions focused on hours of sleep, mood during and after work, and whether or not they had put on a ‘performance’ or ‘mask’ during that day.

Bus drivers wearing fake smiles were more likely to suffer insomnia that night. Emotional acting was also linked to reports of feeling anxious or stressed. It also increased the likelihood of feeling emotionally exhausted at the end of the day. These people even reported more family conflict at home.

Drivers who reported behaving authentically, by not faking smiles or smiling only when genuinely happy, had much better sleep quality on the nights in question.

The findings were reported in Personnel Psychology.

"[Employees] could smile because they genuinely like their customers or they are simply happy, and in that case they are not engaging in what we call 'emotional labor' because they are not faking," explained lead researcher David Wagner, Ph.D. of Singapore Management University, in an email to the Huffington Post.

"When they put on that happy face but don’t really feel it -- that’s when we start to have problems."

I spoke to someone recently who said they’d rather customer service was fast and efficient than slow and personable. That’s a personal preference. But this study, although it’s a small sample group, suggests that service with a smile isn’t as harmless and positive as we may think.

How do we know that the staff who were putting on the smiles were not already unhappy and that was the cause of their insomnia?

Surely you need to investigate why people were not wanting to smile naturally (whether at work or anywhere else for that matter) before you can draw the conclusion that putting on a fake smile is the cause of stress and tension?

How was it evidenced that "Emotional acting was also linked to reports of feeling anxious or stressed."

I have also seen studies saying that when you feel down if you try to put on a happy face it raises your mood.

I guess it boils down to why you were unhappy in the first place don't you think??

The researchers did control for existing mood. From HuffPost:

Doug Pugh, Ph.D., chair of the Department of Management at Virginia Commonwealth University, wasn't involved in the research, but his past research on emotional labor does appear in Wagner's study. He praised Wagner for strengthening the study's results by taking workers' overall emotional stability into account when evaluating their responses, since an emotionally unstable person is more likely to report work and family distress generally.

Smiling when unhappy probably can raise mood but I think the study is looking at the longer-term effects of emotional labour - so while smiling could acutely raise your mood, it will affect sleep quality etc

I had a boss who would always smile when I came to her desk.  it was clearly a fake smile, and it didn't make me feel good.  I knew I was being lied to, and that's never nice.

Eventually, I simply said: "Please don't smile at me until I've done something to make you smile."  She admitted that she would always put on the smile because she'd read it in some management handbook somewhere.  She didn't like it either, but hey!  it was in this £17.99 handbook so it must be right.

She stopped.  Suddenly everybody liked her again, not just me.  Even those who hadn't consciously recognised what she was doing had realised the smile was fake, and they didn't like it either.

I know we can all wear 'masks' in the workplace.  A fight with your partner, bad traffic, cancelled trains - you can arrive at the office in a state just short of homicidal rage, and have to simply switch it all off because you're a professional.  Or take it out on your colleagues because you're not...

But pretending you're something you're not for 8 hours a day, yeah, that's going to get wearing.

This was originally looked at back in the 1980s by Arlie Hochschild, looking at (I think) airline stewardesses among others.

However, while this report - and many others - show that this type of surface acting can be detrimental to health, there may also be deeper elements at play, particularly in places like casinos, restaurants etc,. This is where the customer interaction can become sexualised because to be smiling and attractive results in better tips - hence the employer and customers control staff behaviour.

I agree that corporate masks are the norm everywhere, however.  As a comms person, I occasionally yearn for authenticity from senior leaders who might well have had a fight with their partner, or a [***] journey into work.

The worry is that not getting this, we create norms which don't allow such honest responses - and the cycle continues.