Gave Notice was put on Garden leave , was ignored tried to raise grievance currently being ignored

As I sit here on Garden Leave, I am somewhat amused by my predicament and hope you lovely people can offer some sage counsel.

I gave notice at my current company I requested to terminate my employment at the end of March, ( this is roughly in line with the employment contract which states a minimum of 4 weeks but does not have any restrictions in regards to length)  Though the second paragraph below this does say the employer can terminate an employees contract with 4 weeks notice ( based on length of service)

I gave this extended notice as a courtesy as I designed, wrote many systems used across the business and wanted them to have the opportunity for me to train up new people.

I was called to a meeting with my line manager and a VP, who asked me why I wanted to leave, I laid out my reasons effectively not challenged the business technology is archaic and my skills will rust if stay any longer. this exchange lasted 10 minutes at one point I asked them if they wanted me to bring my notice forward they both said no.

I then returned to work until about 4.30pm ( 4 hours later) I was then sat with HR and line manager and same VP who told me i was being put on garden leave but that my notice was now effective February ( shortly after escorted for the desk clear and out the door)

I was asked about some talks I had hosted ( open conferences) and engagement with competitors of which I have had none and clearly stated. this interaction lasted about 10 minutes. I said I would seek counsel on the bring forward of my termination date to February HR asserted they have the contractual right ( refer to clause i mentioned above)

I go home and reflect for 24 hours get some advice, so i then send a polite email to the three people involved so far , requesting justification for bringing my notice forward, one day later i get a recorded delivery of a letter that says that date is final and i am on garden leave because I have been in my words doing work for a competitor, (I most certainly have not do not intend to and expressly never said this)

I send an email expressing this and requesting to raise a grievance I also copy in the Director of HR, this is ignored a week and a half I send a follow-up and this is not even acknowledged also I then telephone HR directly and get a written acknolwdgement of seeing those emails. I am told i will get a response this week, but Friday is coming up. In my follow up i said if my grievance is not acknowledged or actioned ( put into action) I will take further action this Monday  ( i intend to end contract and push for constructive dismissal for failing to honor there commitments grievance policy) since my garden leave ends on the 9th i believe i have given them ample time to respond.

I also found out the VP told the office the details of my garden leave, said it was for working with a competitor and told them the payment terms which I find inappropriate. especially as I initiated this by giving notice

So as you see a lot of odds and ends with this one would appreciate your thoughts!

20 wellbeing questions to ask your employees 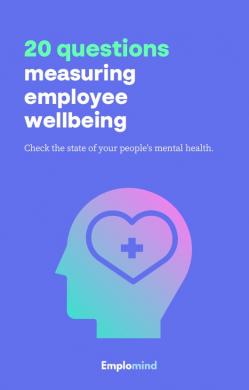 Six absence and leave trends in 2022 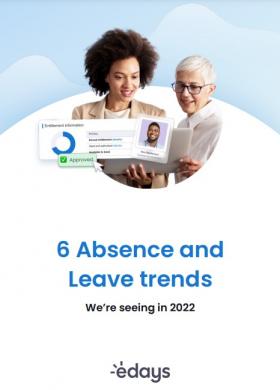 difficult one and one you might need to get Legal Advice for this. I am no legal expert but I would say that you possibly couldn't claim constructive dismissal as you clearly had already resigned prior to the circumstances you are not happy about and, therefore, their actions did not force you to resign due to a breach of contract.

If your contract says that they have the right to terminate your contract and they have done that, it would seem they have exercised that right but for a reason that is incorrect. It also seems the reason for garden leave may be flawed. Did they take any notes, at any of these meetings, and can you get hold of them? You should have a right to see them if you put in a written request.

Obviously legal advice costs and it may come down to a they said, you said argument that could drag on. However, an alternative may be to contact ACAS who may be able to do something for you through mediation. Again, not an expert but if it boils down to a disagreement rather than a legal issue, they may be able to gain an amicable conclusion.

As to whether the time scales you have set, around responding to the Grievance, amount to 'ample time' that entirely depends on the company's grievance procedure which should set out timescales you could expect for each stage. If there are specified timescales, it is those that should be referred to and not ones that you have set yourself. If you haven't already, you might want to get hold of a copy of that to see if they have followed their own procedure. Failure to do that should give you the right to appeal but that is still only an internal measure but should be heard by a person or people independent of the original grievance. Hope that helps.