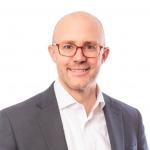 Taking payroll and HR admin to the boardroom

Payroll and HR administration isn’t just a back office function – it’s business critical. Not only is it the single biggest controllable cost in an organisation, but it’s also the most regular and consistent touchpoint an organisation has with its employees. If it doesn’t run efficiently, the organisation’s finances, reputation, and people are put at risk.

But getting this right isn’t just about avoiding risk – it’s about seizing opportunities to support financial awareness and wellbeing, create a productive and modern employee experience, and unlock strategic insights from a wealth of people data.

Here are a few key reasons why payroll and HR administration should feature more prominently in boardroom discussions.

All other things considered, pay and reward is the most important exchange of value between an organisation and its employees.

But what happens when it doesn’t work as it should?

We know that the payroll teams we work with maintain very high standards of accuracy and efficiency. However, when looking at organisations on a nationwide scale, this isn’t always necessarily the case. According to our recent survey, 60% of UK employees have noticed mistakes on their payslips, while 39% have been paid late on at least one occasion.

Naturally, this has a direct impact on both mental and financial wellbeing:

Perhaps most surprisingly, one in five (21%) claimed to have actually changed jobs as a result of a costly mistake made with their pay. Nationwide, this is equivalent to approximately seven million employees.

These issues have a negative impact on talent acquisition, retention, engagement and productivity, increasing the potential cost of employee churn.  For these reasons the importance of good payroll and HR administration shouldn’t be overlooked.

A modern approach to payroll is also a gateway to supporting financial wellness. We found that 58% of employees don’t fully understand their payslips, while a similar number (40%) don’t know the combined value of the pay and benefits received from their employer.

By communicating more clearly how pay and reward works within their organisation, HR teams can improve financial literacy amongst employees and help them to make more informed decisions regarding benefit choices, pension contributions, and more.

Owing to the persistent myth that change is more hassle than its worth, many organisations still use outdated payroll and HR systems that are no longer fit for purpose. It’s much easier to get caught up with ‘sexier’ areas for HR investment.

Difficult to use and highly manual systems not only cause headaches for the payroll team, but also for employees that increasingly expect to use intuitive and mobile-ready HR systems with strong aspects of ‘self-service’. This includes outside of office hours, when people tend to complete ‘life admin’-like HR tasks such as booking leave, checking their payslip, and updating their address.

Subjecting employees to mind-numbingly complex and slow processes for simple tasks damages productivity for the entire business. It saps away valuable time which could be better spent on activities that impact the bottom line.

In addition, an organisation’s choice of technology sends profound signals about its culture and values. A willingness to continue with outdated systems suggests an unwillingness to adapt to the expectations of today’s employees, particularly amongst the millennial and Gen Z generations.

A prime example of this is the option to self-describe gender identity and register preferred pronouns. If organisations invest in HR systems that can easily adapt to progressive and inclusive workplace policies, they will gain a competitive advantage in the race for talent.

Avoiding mistakes isn’t just about keeping employees happy. It’s also about complying with an increasingly complex regulatory landscape. Payroll rules are numerous and ever-changing, covering everything from the handling of personal data, to paying the correct rate of minimum wage, to accurately reporting on pay gaps within the organisation.

Legal cases brought against companies cause reputation damage which, of course, has a knock-on effect on the acquisition of both staff and customers. With legislation such as gender pay gap reporting and executive pay ratio reporting garnering significant media attention, companies that have struggled to meet their obligations have suffered from negative exposure.

The financial risks of non-compliance must also be considered, especially as HMRC continues to hold a revenue-raising mindset. In fact, UK employers found to be in breach of national minimum wage rules paid almost £30 million in arrears and penalties last year. In the majority of cases, these breaches occurred due to a failure to fully consider the sheer complexity of the legislation and consequently falling foul of one or more specific rules.

These are just two major examples of the complexity. The organisation must keep its finger on the pulse of all regulatory changes and put forward payroll solutions that are capable of meeting evolving requirements.

People are the driving force behind any successful organisation. Therefore, in order to understand key trends in business performance, and make well-informed decisions for the future, the board needs access to an accurate analytics platform for payroll and HR data.

Many organisations are starting to examine HR data, but payroll data is often treated completely separately by the HR function. But they are two sides of the same coin; one is fed by the other.

By integrating HR data with payroll data in a single system it becomes much easier to answer critical questions, including “Why are people leaving?”, “Why are pay gaps occurring?” and “Which benefits are staff engaging with the most?” For example, at Zellis we conducted a deep analytics trial to model flight risk for a customer which was able to predict with a more than 70% success rate if someone was about to leave the company.

It’s important that the HR function can measure its impact on wider business performance through deep analytics, especially since other functions such as marketing are already becoming more data-driven. At the end of the day, without access to good data, HR can’t hope to positively affect the biggest controllable cost for most organisations – the wage bill.

Zellis is the largest provider of payroll and HR software, and Managed Services, to UK and Ireland-based companies with over 500 employees.

With over 50 years’ experience and almost 1,200 employees, we count a third of the FTSE 100 as customers, serve over five million employees, and process more than 60 million payslips a year.