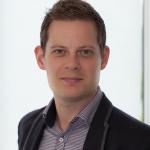 When the results of our survey on honesty in the workplace came through, we were surprised to find that HR was found to be the most dishonest profession, with four out of five (80%) of UK HR workers committing at least one deceitful deed at work.

Is it just that employees in HR are more honest about being dishonest? Or do they feel the pressure more than others to tell those little white lies? This could well be the case, as the top reason HR workers gave for being dishonest was that it was ‘normal’ to be dishonest at work, suggesting that a culture of dishonesty already exists. If everybody else at work is being dishonest and getting away with it, perhaps HR workers are feeling the pressure to do the same.

But what constitutes a dishonest act? Interestingly, employees may not agree on what exactly that looks like in the workplace. For example, 27% have stolen stationery and nearly a third (32%) have lied about having a doctor’s or dentist appointment. Some employees may not feel that taking stationery from work as a particularly ‘dishonest’ act, however you wouldn’t go into a stationery shop and take a couple of the pens home without paying, so why should this be acceptable in the business place?

HR workers are involved in all aspects of a business, so it is worrying to think that they consider this behaviour to be the norm. It also sets a questionable example for other workers. Many see HR workers as leading the way in what is acceptable and what is unacceptable in the workplace. More than one in ten (13%) HR workers said their bosses were dishonest so they might as well bend the rules too. This type of culture of insincerity will inevitably filter down through the company, resulting in further costs implications to the business and dishonesty at all levels.

Overall, the research conducted by webexpenses has highlighted that dishonesty is potentially a far bigger problem in the UK workplace than we may have realised. It is particularly worrying to see that so many people say they over-claimed on their expenses, which can result in huge costs for businesses. More than half (55%) of those surveyed who work in HR admitted to having over-claimed by £100 or more – nearly double the UK average (27%). Clearly this presents businesses with a big problem. Even small amounts of over-claiming here and there will quickly add up if this is done on a wider scale across a business. It can also be very difficult for finance teams to keep track of, meaning it’s easy for it to slip under the radar.

One of the most effective ways to tackle this is through automated systems. There are an increasing number of solutions in this field that are becoming ever more popular, due to the fact they are instant and easy to use. They identify problem areas quickly and can immediately alert finance and HR teams to the issue, so they can nip it in the bud before it becomes a wider problem.

For example, webexpenses provides a simple and effective way for businesses to track and process expense claims. We have embraced the automation of the expenses process that allows businesses to confront the dishonesty issue head on. Automation brings in-built policy alerts that reduce over-claiming as out-of-policy claims get flagged immediately. Sophisticated reporting suites within automated software provide real-time visibility of company spend so the finance teams know exactly where expenses expenditure is going. The more companies embrace and adopt automation for the expenses process, the easier it is to identify the areas of dishonesty and tackle them head on.

Of course, our research shows, it is not only around expenses that HR workers are being dishonest so it is important that businesses take the issue seriously and work together to create an open environment that allows employees to give their feedback more easily to help shape the way their organisation runs as a whole. Office workers in the UK are admitting to deceitful deeds, whether they are considered small or large, that is impacting businesses. It affects the morale of the company as well as having significant financial implications.

By giving employees more of a say in the way the company is run will inevitably help them feel more invested in its future. A strong, honest company culture helps to make the company look more appealing not only to new business and employees but those who already work there. It is important that businesses and HR managers take it seriously and create an open environment for employees to feed back.

Adam Reynolds is CEO of webexpenses, a fast-growing global expenses management software provider. With an extensive background in software and leadership, Adam joined webexpenses as Head of Sales in 2013 - leading the sales team to deliver exceptional growth in the UK.

He became the CEO of webexpenses in 2015, and now oversees all...