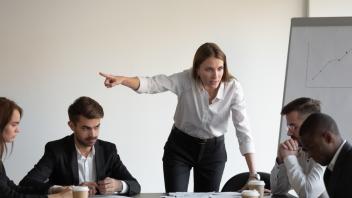 Human society has tremendously improved over the past half century, thanks to free thinkers who were brave enough to speak up against the injustices they saw around them. One of these injustices was employment discrimination wherein employers or supervisors discriminate against an employee or applicant because of his race, gender, age, religion, or disability.

In order to combat workplace discrimination, the EEOC (Equal Employment Opportunity Commission) was instituted in 1964. Its job is to enforce U.S. federal laws that aim to prevent such situations in the workplace, and most people are aware of these guidelines.

However, personal prejudices and unconscious biases still work into play and sometimes affect a supervisor’s decisions subconsciously. In these instances, he may subtly take discriminative actions against a particular employee without knowing that he is already violating the federal laws against it. Nowadays, violence and other forms of physical aggression may not be present, but discrimination in the workplace is still very much alive.

One of the glaring problems of subtle discrimination is that the victim often ignores the idea that he is undergoing discrimination in his company. In some cases, he tries to deny its existence until he is left without a job as a result of the discriminatory acts.

·         Unequal compensation and rewards despite having the same job description – If an employee does not receive the credit that is due to him because of his race, gender, age, disability or religion, while another employee receives commendations for identical achievements, then that is discrimination.

·         Finding fault – If someone often gets reprimanded easily after committing simple errors, he could be undergoing discrimination. His case strengthens if a coworker makes more serious mistakes, yet the management does not seem to mind and is gracious enough to give him second chances.

·         Failure to be promoted or unfair demotion – An employee may also be battling discrimination if he is not promoted to a higher position or given a higher salary even after many years of quality service. Meanwhile, a newcomer easily gets recognition, promotion, and a better position despite the lack of skill and experience.

·         Discrimination Tolerance – There are also cases wherein the employee suffers from discrimination among his colleagues, and yet the management fails to address it and make the responsible individuals accountable.

All of these types of discrimination have one thing in common – it is the supervisor or manager’s actions or inactions that cause the employee to suffer from discrimination. While there are federal laws that prohibit discrimination in the employment sector, personal views and prejudices sometimes still prevail.

If the employer, manager or supervisor does not act on these injustices, the employee should know what to do.

Not that you’re already expecting the worst, but just in case you begin experiencing unfair treatment from your superiors, it is wise to take note of every detail – what you felt, how it affected you, what measures were taken by the company to solve it, etc. This will be your primary source of evidence, especially because modern discrimination nowadays can be difficult to spot.

Obtaining physical evidence is also important because it proves your claim that you have been subject to discrimination. This may come in the form of letters, memos from HR, employment contracts, pay slips, etc.

It is always a great idea to be more acquainted with the laws that protect your rights as a citizen and employee. Some people may tell you that you’re not being discriminated against, but if the federal employment laws state otherwise, then you better believe the law.

Determine whether Your Company has Anti-Discrimination Polices or Not

Report to Your Supervisors

Now that you have gathered enough physical evidence, and you’ve documented those instances where you have been discriminated against or bullied, it is time to talk to your superiors about it. Some superiors may deny discriminative practices, while others will take action. If they deny, then you have to move on to the next step.

Seeking legal help is the only way for your claim to move forward. It can be a long process, but achieving justice in the end is definitely worth it. Make sure you arrange the terms with your company, forbidding any form of retaliation.

The problem among victims of discrimination is they are too afraid to take a stand, primarily because they are scared of retaliation. Another reason is that they are seldom sure that they indeed underwent discrimination. This is where seeking legal counsel is important – you have to learn your rights first to make sure that you are going through workplace discrimination.

Remember that most companies are already aware of this, and yet discrimination still takes place. So it does not matter if it’s subtle, unconscious or ‘modern,’ the fact of the matter is that discrimination is wrong. It does not promote a culture of equality and diversity, which means you should take a stand. And when you do, you’d need all the help you can get.